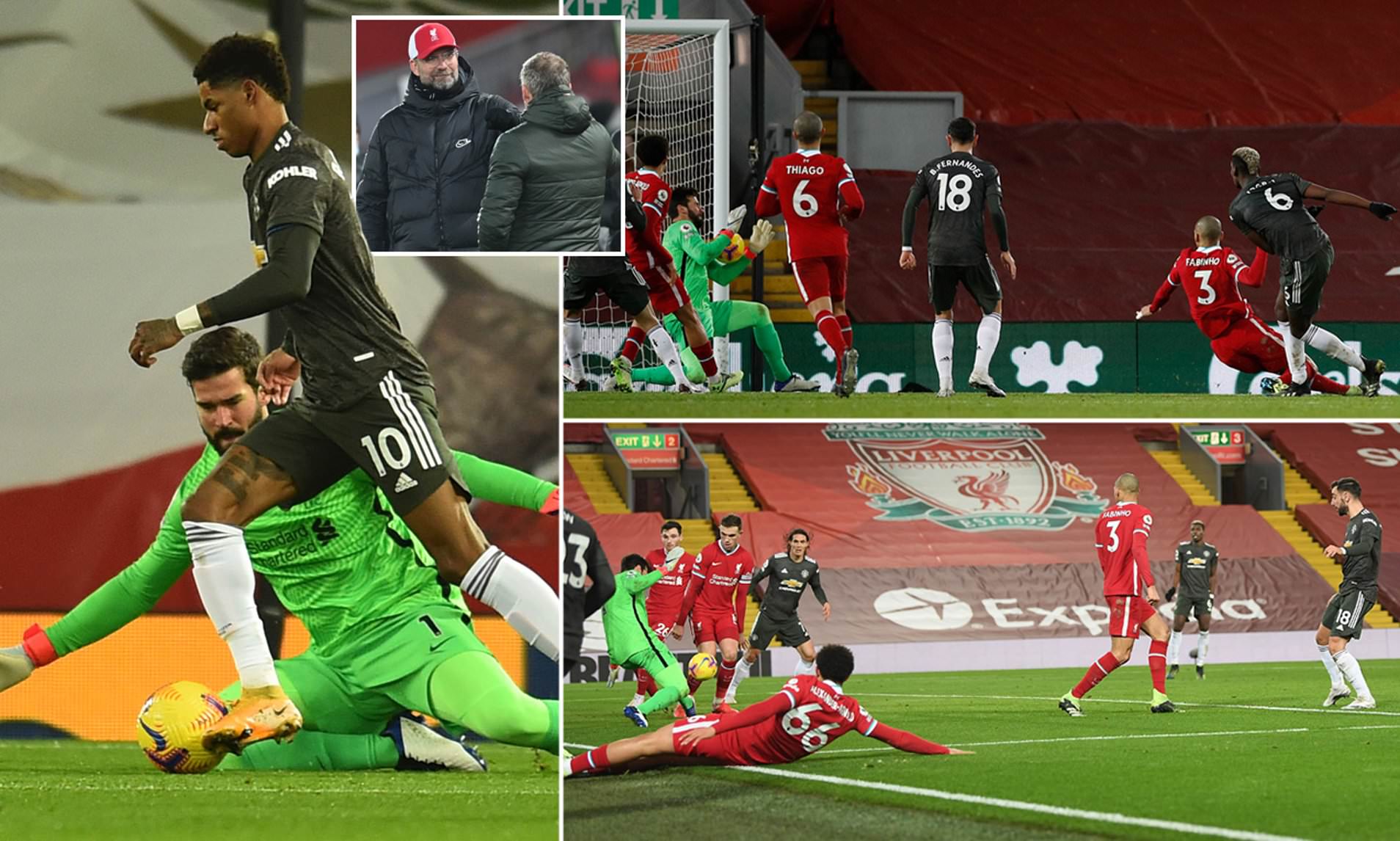 Manchester United emerged unscathed from an exacting test at Anfield with both the leadership of the league and our advantage over the champions still intact.
It was in stark contrast to our last visit in the corresponding fixture a year ago almost to the day, when Ole Gunnar Solskjaer's side beat a hasty retreat after a loss that left us trailing in the unstoppable wake of the soon-to-be champions. A day in which the Scousers opened up a yawning 30-point chasm, their fans became increasingly unbearable and left us simultaneously wondering when, or indeed whether, we'd ever reel them in.

The notion United could even contemplate winning the Premier League - or even figure in a title-winning conversation - was the stuff of fantasy. Even the most ardent red-tinted fan would never have considered it.
But yet, twelve months on, this 0-0 draw left United top of the pile and three points ahead of the team who won the league so impressively last term.
A 38-game season is a marathon, not a sprint, and there, is of course, still a long way to run. But the sight of Manchester United at the top and leaving Anfield - where Liverpool haven't lost for almost four years in the league - with no damage inflicted will bolster confidence and self-belief for the mammoth, defining months ahead.

There isn't a Manchester United fan alive who wouldn't have accepted a point at Liverpool before the game. As already mentioned, Jurgen Klopp's side haven't been beaten there in 68 games and the Reds themselves hadn't tasted victory down the east Lancs road for five years. We'd have snapped your hand off for a point.

As the dust settles on the game, that's still the case - I'm still more than happy at a point, avoiding defeat was the aim and a draw there is never to be sniffed at. But yet, there is a lingering sense of disappointment in that we were unable to claim victory. That, in itself, shows the extent of the progress we have made and how far this side has come. It also shows United are not quite there, yet. Viewed from this perspective, and with midfielders Fabinho and Jordan Henderson at centre-back -  you could almost claim that this was a huge opportunity missed - United's best chance in years for victory at Anfield has gone begging.  United had the best chances through Bruno Fernandes and Paul Pogba. Had the Frenchman put his late effort either side of Liverpool keeper Alisson - instead of straight at the Brazilian - then we'd be sitting here proclaiming a late, great, famous victory. 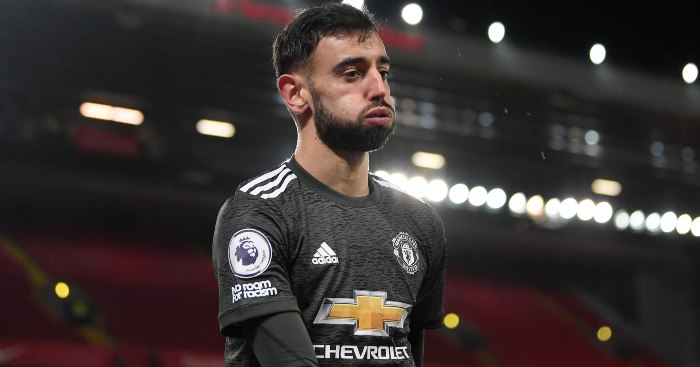 Of course, there were mitigating factors. The lack of a crowd and Anfield's famous atmosphere - usually at its most unwelcoming when United are in town. Liverpool are feeling the bite of a lengthy injury list and a team that swept all before them are on a dry spell in front of goal - having failed to score in three consecutive league games for the first time since 2005.
In the current reckoning, though, United sitting top of the table at the halfway stage of the season and after a trip to Anfield is a situation Solskjaer would have accepted. He certainly would have taken it after that game a year ago.

Whereas before Solskjaer and the players would have gladly been happy with the outcome not so long ago, the United boss and his players were clearly disappointed at full-time having failed to pilfer those three points. A realistic reflection on events and a sign that we're moving in the right direction. There's a significant mentality shift at the club now.

For all their critics, United have a realistic shot at winning the title this season, despite the fact Manchester City are looking scarily ominous at present. We must grasp this opportunity and show greater ambition and boldness than we did for much of the game here. United never seemed to truly believe that victory was tangibly within reach at Anfield. The questions that surround United and Solskjaer's ability over winning when it matters will continue to linger until we can prove otherwise - but there is plenty to build on and the improvement is clear.

Fernandes was making his debut in this fixture but his usual metronomic radar failed to fire, epitomised by his less than gracious reaction to being hooked in the closing stages. United's heroes were elsewhere in the form of captain Harry Maguire and Luke Shaw, absolutely magnificent and a comfortable winner in his personal battle with Mo Salah. Shaw was the best player on the pitch across both sides by a country mile.

United and Solskjaer will be happier - but the true context of this result will only become evident in the weeks ahead. What cannot be argued is that this side is growing and is one unrecognisable from the one that left Anfield last January.