United to face the Scousers twice in a week

Manchester United's potential path to the latter stages of the FA Cup has been mapped out after the fourth and fifth round draws were made simultaneously. 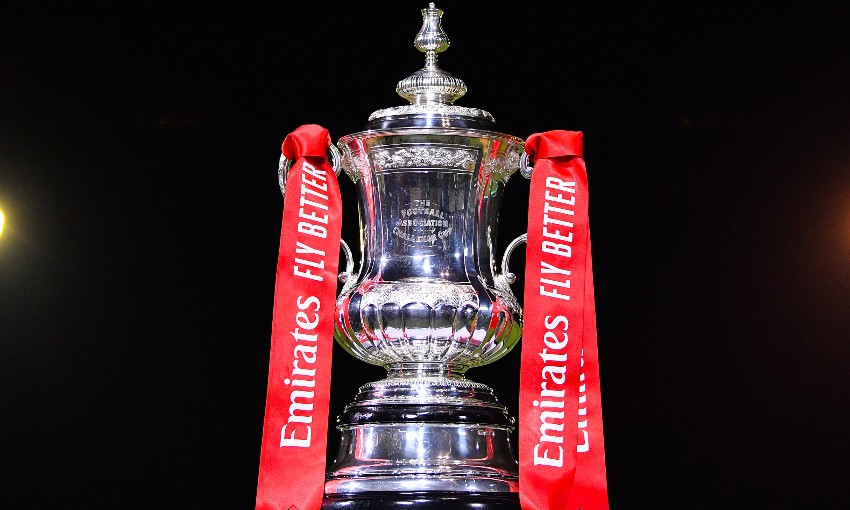 As is often the way in these supposedly 'random' draws, United were handed the toughest possible tie with Ole Gunnar Solskjaer's side paired with champions and league leaders Liverpool - seven time winners of the world's oldest knockout competition. It means that the Reds will have played PSG, Leipzig, Everton, Manchester City, Chelsea and now the men from down the M62 this season alone in the cup tournaments. Even in the Europa League, we were given a toughie in Real Sociedad.
We played City and Chelsea (twice) too in both domestic cups last season. Talk about doing it the hard way. It seems more than simply co-incidence, especially when you consider the ridiculously good fortune afforded to certain other sides not so far away from Old Trafford. I mean, League Two Cheltenham for goodness sake. There should be an inquiry over how they keep getting these piss-easy cup fixtures
that virtually resemble a bye.
The tie will come only a matter of days after the two biggest and most successful clubs in the country, leading the way in the Premier League, lock horns at Anfield. Not content with knocking seven bells out of each other in the battle for suprema
cy in the league, the two will resume hostilities six days on in M16 for a place in the last 16.
Anyone for a double dose of Scouse busting? I'm not sure my heart or mental state can take two games with Liverpool in such a short space of time. I'll be a mess by the end of the second one.
The exact date and kick off time for the heavyweight ding-dong at Old Trafford is yet to be confirmed, but the fourth round dates are scheduled for the weekend of 23 and 24 January. There are no replays throughout this season's FA Cup campaign to aid with fixture congestion in a hectic season and so the match would be settled on the night.
The Reds of Manchester and Merseyside, with nineteen FA Cups between us, have met 17 times in this competition, with United winning on nine occasions, with four draws and four defeats. The sides last met at this stage in 2012 with a 1-0 victory for Sir Alex's side. Klopp is known not to take the competition seriously so it wouldn't be a surprise to see the Liverpool manager pick a young team to take on Solskjaer's United, with the German's counterpart likely to go with almost a full-strength side.
Klopp may have picked a strong side in the last round as a second half salvo saw them overcome a youthful Aston Villa, but that has proved the exception and not the rule for Klopp. More often than not, he has prioritised their League or European campaign by leaving many of their key men at home when the FA Cup comes around.
Should United get past Liverpool, we will be at Old Trafford again in the fifth round, with Solskjaer's side drawn to face the winners of West Ham United against Doncaster Rovers. David Moyes side knocked out non league Stockport on Monday night and will now play the third-tier side at the London Stadium for the right to play either us or the Scousers. That tie will be played on the weekend of 8 February, sandwiched between the Reds league meetings with Everton and West Brom.
Elsewhere in the fourth round draw, non-league Chorley - the lowest ranked side left in the competition - were rewarded for beating Derby with a home draw against Premier League opposition in the form of Nuno Espirito Santo's Wolves.
Fourth tier Crawley travel to Championship high-flyers AFC Bournemouth, Tottenham travel to Wycombe, Chelsea play Luton and Arsenal visit either Southampton or Shrewsbury.
Ready to topple the Scousers twice? Bring it on!!
Posted by United Faithful at 03:04
Labels: features, opinion