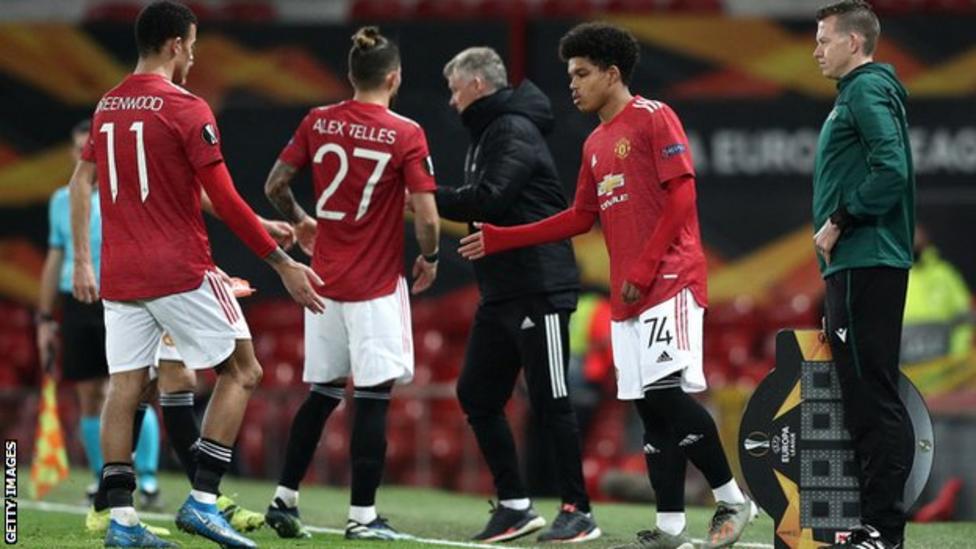 Shola Shoretire became United's youngest ever European player as Ole Gunnar Solskjaer's side completed the formalities and progressed into the last 16 of the Europa League.

Shoretire - a product of the iconic Wallsend Boys Club - had made a brief Premier League debut against Newcastle last time out and in coming on 14 minutes here, created history aged 17 years and 23 days, to eclipse Norman Whiteside by 108 days.

Despite the Reds unassailable advantage and a trip to Chelsea on Sunday, Solskjaer surprised many with his team selection as he named a near full-strength side for the return leg with the men from San Sebastien. Harry Maguire was given a rare night off, but there were starts for Aaron Wan - Bissaka, Fred, Victor Lindelof, Mason Greenwood and, perhaps most surprisingly of all, captain-for-the-night Bruno Fernandes. Dean Henderson, Alex Telles and Dan James were all handed starts with youngsters Ethan Galbraith, Amad and Shoretire on the bench.

Ex-Red Adnan Januzaj looked lively on his first return to Old Trafford and showcased the talent we all once held such hope in when he broke through as United's next big thing in 2013. Unfortunately, it never worked out that way. But the Belgian was at the heart of Sociedad's bright start, and set up the potential for La Real's early opener. In the twelfth minute, his through pass picked out Andoni Gortosabel, and he was scythed down by a clumsy James challenge that earned the visitors a spot-kick.

Sociedad's top scorer Mikel Oyarzabal channelled his inner Bruno, adopting the United man's trademark skip, jump and shoot technique, only to sky the copycat effort as he blazed it high into the empty Stretford End.
Lindelof turned the ball behind after a teasing Januzaj cross, and Ander Guevara flashed an effort over the bar as the rejuvenated Spaniards looked to perhaps set nerves jangling.
But the visitors early storm blew itself out as the Reds began to assert control. Fernandes fired narrowly off target on the turn, Anthony Martial went close from distance and Fernandes struck the bar with an effort similar to his breathtaking goal against Everton earlier in the month.

Alex Remiro denied James and the Sociedad keeper was then called into action once more, this time to push away a well-struck drive from Fernandes who was rapidly warming to the task.

There was a triple change by the boss at half-time as Brandon Williams, Axel Tuanzebe and Marcus Rashford on for AWB, the booked Fred and Fernandes, wrapped in cotton wool ahead of Sunday's trip to Stamford Bridge. Tuanzebe moved into an unfamiliar defensive midfield role alongside Nemanja Matic.

Five years to the day since his dramatic, ceiling-smashing debut in this competition, Rashford took over the captaincy from Fernandes and almost immediately made an impact.
Greenwood was fouled 25 yards from goal and Rashford's 48th-minute free-kick flew narrowly beyond the post before the visitors themselves struck the bar at the other end through a Modibo Sagnan header. Greenwood, on a run of eleven games without a goal, then tried his luck at ending that drought when he fired into the side netting with an angled effort having been picked out by James. 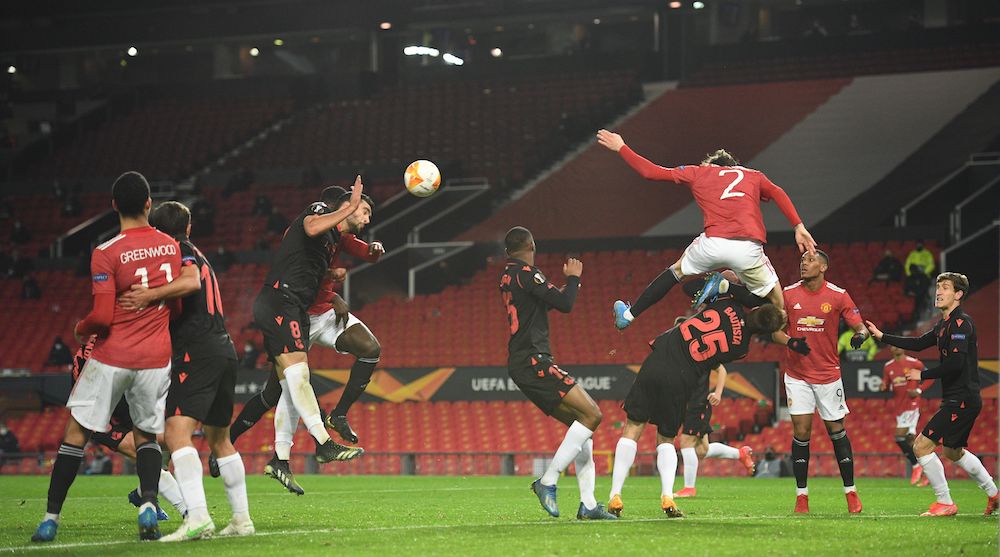 Amad Diallo came on for his Old Trafford debut shortly before the hour mark as Solskjaer looked to give several of his side's youngsters a learning experience and valuable minutes.
Four minutes later, in the 63rd minute of the tie, it looked as though United had broken the deadlock with a first senior goal for Axel Tuanzebe. He powered home a header from a Telles set-piece, but his major moment was chalked off by VAR after replays showed Lindelof's Bruce Lee impression on opposite number Jon Bautista to deny Tuanzebe his landmark breakthrough.

The Iceman picked up a resultant booking with the goal chalked off and - a Martial effort aside - that proved the be the last moment of an uneventful dead rubber as the Reds eased into the last 16.
United will find out their fate at 12pm on Friday with divisional rivals Arsenal and Spurs also in the hat along with Steven Gerrard's high flying Rangers and Ajax, Roma, AC Milan and Villarreal.

Posted by United Faithful at 00:52