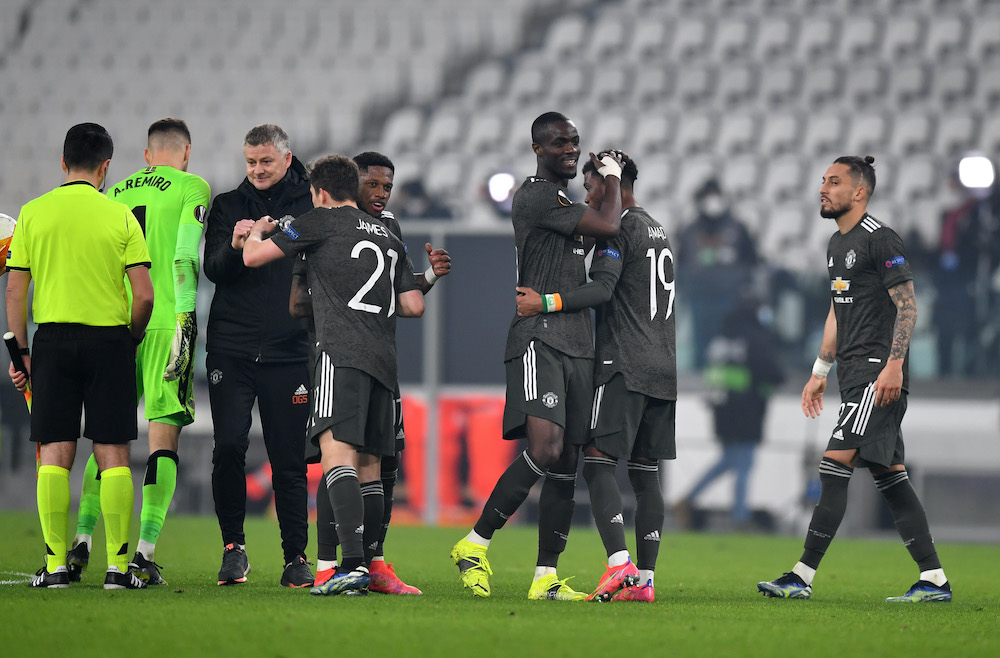 Played at the home of Juventus due to Covid-travel restrictions that prevented United from going to Spain, the change of venue did little to prevent a ruthless and dominant Reds side from all but ending the tie as a contest, and rendering the second leg at Old Trafford nothing more than a glorified training exercise. Real Sociedad were considered as tricky and difficult opponents when the tie was made, and few would have predicted the contest being all but over ahead of the return in M16.  After successive draws with Everton and West Brom, this was a decisive, clinical and professional performance from a United side that meant business from the outset. This was a classic away performance and, indeed, there will perhaps be a disappointment we 'only' scored four.

Bruno Fernandes continued his remarkable scoring season with his 20th and 21st goals of a magnificent campaign from a man surely the best in the world in his position. Marcus Rashford - having missed two gilt edged chances - added the third and Dan James completed the rout with a well-taken, deserved finish late on.

Solskjaer shuffled his pack but still named a strong side as he looks to go deep into the tournament. Paul Pogba, Donny van de Beek and Edinson Cavani were all missing, but Dean Henderson, Eric Bailly, Alex Telles, Dan James and Mason Greenwood all started in a United side that showed five changes from the weekend draw at West Brom. Teenagers Amad Diallo and 17-year-old Shola Shoretire were named on the bench.

The match began at breakneck speed with little hint of the one sided contest to come. Former Red Adnan Januzaj curled wide from distance after 72 seconds and Alejandro Ramiro denied Rashford at the other end moments later. Sociedad continued to pour forward and almost capitalised on a Bailly mistake when Alexander Isak forced Henderson into action as the United keeper palmed the Sociedad striker's effort round the post.

The Reds were in the ascendancy and twice went close to an opener that soon seemed only a matter of time. Ramiro saved with his legs to keep out Scott McTominay before another Rashford chance, again fired straight at the keeper. On the rebound, Fernandes' header was hacked to safety off the line by Robin Le Nomand, an eleventh hour replacement for the injured Gorka Elustondo.

It had been all one way traffic and United finally broke the deadlock shortly before the half hour mark when Rashford floated a dangerous ball towards Fernandes and the Portuguese magnifico seized on the loose ball after Ramiro had collided with team-mates Le Nomand and Igor Zubeldia. It was one of Fernandes' easiest goals in Red as all he had to do was steer the tap in into the net for his 20th goal of the campaign.

Henderson punched clear at the start of the second half but any semblance of a La Real fightback was quickly extinguished as the Reds moved further ahead on 57 minutes. Some excellent work by Fred and Rashford saw Fernandes dummy the ball to James. The Welshman moved the ball on back to Fernandes and he took a touch to curl the ball beyond the advancing Ramiro for his and United's second. The strike was originally ruled out for offside but replays showed he was level, and the ball had come off ex-Arsenal man Nacho Monreal to play the Portuguese onside in any case.

The Reds did not simply shut up shop and sit on their 2-0 lead and it got better as we put further distance between ourselves and the tiring Spaniards seven minutes further on. A defence-splitting pass from the excellent Fred found Rashford and despite his previous misses, he made no mistake this time with a superb finish across Ramiro for the third. 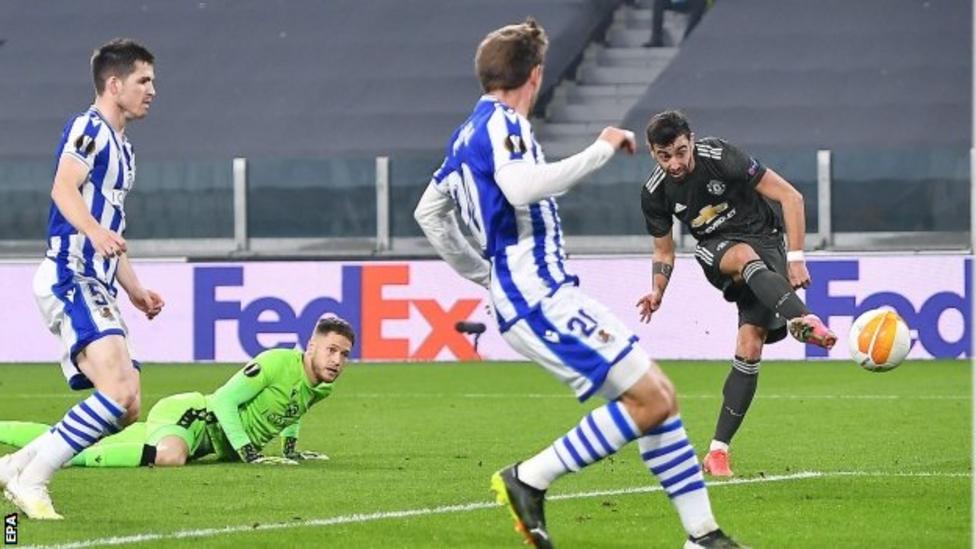 Greenwood set up James to tap in a fourth - only for the flag to deny him - and the former then had a go himself only for the increasingly busy Ramiro to save well. Greenwood deserved a goal for his efforts and went close again soon afterwards as he had a shot deflected wide having been picked out by Aaron Wan - Bissaka.
The stopper kept out James as United kept up the pressure despite a raft of substitutions as Solskjaer gave a rare run out to Juan Mata and introduced the much talked about Amad Diallo for a debut.

James did get the goal his performance deserved, though, when he galloped on to Bailly's pass down the right, cut inside and squeezed home a shot at the far post to complete the rout.

With the tie put to bed and all but won, Solskjaer should rest his entire first team for the second leg as United go to Stamford Bridge three days later.