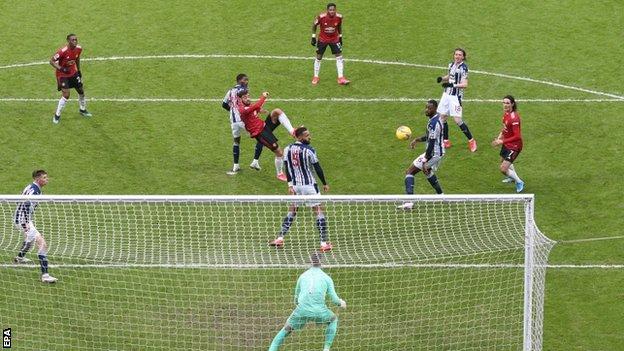 A stunning Bruno Fernandes volley wasn't enough for United as Ole Gunnar Solskjaer's side had to settle for a disappointing point at struggling West Brom.
Fernandes had been on the periphery in a below-par performance but popped up with a customary moment of magic shortly before half-time when he cracked home an exquisite over-the-shoulder volley to cancel out Mbaye Diagne's shock second minute opener.

The Reds reclaimed second spot - albeit only on goal difference - from Leicester - but lost further ground on leaders Man City, now seven points clear with a game in hand. With our title hopes fading fast, United now seem set for a fight to finish as best of the rest.

Solskjaer rotated again, with five changes from the midweek cup win against West Ham as David de Gea, Luke Shaw, Scott McTominay, Fernandes and Edinson Cavani - on his 34th birthday - were all recalled.

The Reds have a penchant for starting games slowly and did so again here, as Sam Allardyce's strugglers - 19th in the league and on course for relegation - went ahead after 83 seconds.
United conceded early again through Diagne, whom powered home his header beyond De Gea from a Connor Gallagher cross having climbed above Victor Lindelof. Replays showed the much-maligned Swede seemed to have been illegally barged out the way to enable Diagne to make contact with the ball, with the striker's arms covering Lindelof's eyes as the pair tussled for the ball. All that said, an argument can be made that Lindelof was simply outmuscled and should have been stronger and reacted quicker.

Fred had a sighter from distance but failed to properly test ex-Red Sam Johnstone between the posts for the Baggies. De Gea saved superbly from Robert Snodgrass after Conor Townsend had picked him out, whilst Anthony Martial had a shot deflected behind at the other end.

Then came Fernandes and a trademark sprinkling of stardust. Maguire had been influential in an attacking sense and played a part in the goal as he found Shaw down the left. His cross was slightly behind Fernandes, but it did not matter as the Portuguese swivelled and smashed home a dipping, thumping volley on his weaker foot for yet another goal of the season contender.

United had been sluggish and far from fluid in the first half but, perhaps with the strong words of Solskjaer ringing in their ears, came out on the front foot after the interval. 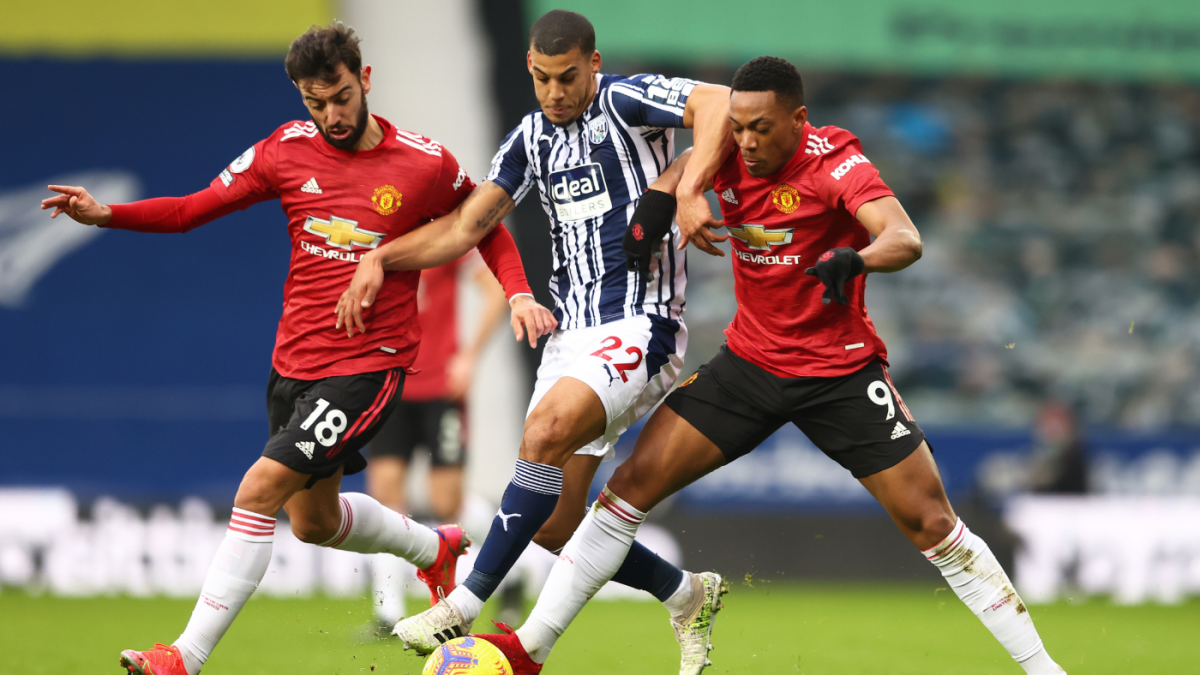 Matheus Pereira dragged a shot wide for West Brom and Johnstone was called into action when a Fernandes hit struck Scott McTominay and deflected safely into the arms of the keeper.
Four minutes later, just beyond the hour mark, came yet another VAR-dominated talking point. Maguire looked to have been bundled over by Semi Ajayi as a Fernandes free-kick was swung in, and referee Craig Pawson awarded a spot-kick. Whether VAR deemed it to be no foul, or Maguire was considered to be offside, will forever by a mystery, but - either way - the referee overturned his initial on-field decision.

Mason Greenwood - perhaps unlucky to be dropped - was then introduced in the 66th minute and his introduction forced a change of impetus as United laid siege to Albion's goal.
Johnstone saved superbly from the substitute as he denied Greenwood with his foot, before McTominay's effort on the rebound was hacked to safety off the line by West Brom sub Darnell Furlong.

Yet Allardyce's side remained a threat themselves on the counter and could have re-taken the lead when Diagne burst clear on goal. It seemed as though he had fouled Maguire, but Mr Pawson waved play on and United needed De Gea to come to our rescue as he saved both the initial shot and then clawed away the loose ball as Diagne threatened to pounce.

The tall and rangy West Brom striker consistently appeared the hosts most likely source of an unlikely winner and went close again on 83 minutes when he wastefully lifted the ball over the bar from close range.

With five minutes added on, United poured forward in search of a crucial and dramatic winner. Having conceded oh-so-late against Everton in our last game, the Reds almost snatched a role reversal as we came with inches of pilfering the points with the final action of the game. Another Shaw cross fell to Maguire at the back post, but the skipper's header was somehow, inexplicably, pushed on to the post by Johnstone at full stretch.

The former Reds keeper had denied his ex-side an invaluable victory as United - again - were forced to settle for a point that ultimately does neither side much good.