Manchester United should sign two Leicester players in a heartbeat Leicester may have been missing James Maddison and Harvey Barnes but their midfield hugely impressed in the FA Cup victory.
Whilst United's incompatible double pivot of an ageing, static Nemanja Matic and the frenetic Fred looked utterly woebegone, the Foxes buzzed around with swash and buckle, vim and vigour, seizing control from the first minutes of the match - a control Brendan Rodgers side would never relinquish.

Maddison, Barnes and Jamie Vardy are the three players most often credited with Leicester's impressive identikit under Brendan Rodgers, with the former Liverpool manager having put together a superb side capable of mixing it with the best in the east Midlands. But it is often a side's most under-rated and unheralded players that prove the bedrock of any success - one look at Ji-Sung Park and Darren Fletcher (to name but two) will tell you that. Those two players hardly ever got the credit they deserved as United's star-studded A listers, Wayne Rooney, Cristiano Ronaldo, Ryan Giggs and Paul Scholes et al, took centre stage, but we would never have achieved what we did without players like Park, Fletcher and John O'Shea.

Wilfried Ndidi and Youri Tielemans may not be the first names coming to mind when you look at the bedrock of Leicester's evolution under Rodgers, but the pair are - without question - the finest midfield pairing in the Premier League.
Ndidi and Tielemans were everything "Fretic" weren't - composed, confident, agile, mobile and capable of breaking the lines and creating with their passes. When Ndidi - the 24-year-old Nigerian - plays well, Leicester tend to do the same. It seemed he was everywhere as an enforcer and destroyer in chief. At times, Ndidi seemed to be in midfield on his own, such was his brilliant and bullying influence - five tackles completed, five duels won, three interceptions and three clearances. Matic can barely run never mind even dream of having such an impact and every pass Fred played seemed to be attracted as if by magnets to a blue-clad Foxes player. The anti-Ndidi, I suppose you could say.
I've been a huge admirer of the Nigerian for a while now and yesterday only reaffirmed that view - for all the clamour for Declan Rice, Ndidi should be first choice in the middle of the park at Old Trafford. He would fit like a glove into United's engine room and would offer an instant upgrade on what we already have. Still only 24, he's not even in his prime yet.

The same could be said for the 23-year-old Belgian Tielemans. The brains alongside with Ndidi's destructive brawn, Tielemans is the man whom makes Leicester tick. He's just as crucial to their success as Vardy, Maddison, Barnes and Kasper Schmeichel. The pair dovetailed delightfully and effortlessly and there was a perfect symmetry to everything they did. Tielemans helped Leicester win the midfield battle (if you can even call it that) with ease and pulled the strings superbly, hassling Fred and Matic into submission and running the game in a manner we've become accustomed to with Bruno Fernandes.
To cap a stunning individual showing, Tielemans scored the goal to put his side back ahead as he exchanged passes with Ndidi to leave "Fretic" for dead and running through treacle. Epitomising the two midfields, the Belgian was strong and forward-thinking whilst Matic and Fred seemed to be going backwards as he waltzed through acres of space, proved too strong for Victor Lindelof and thumped in beyond Dean Henderson. 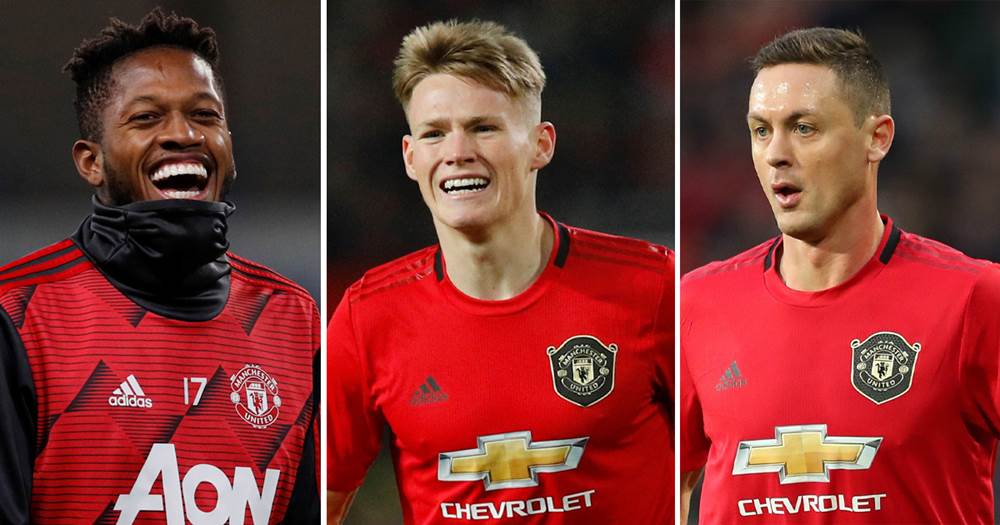 Ndidi provides Leicester with the vital assets every side needs -  athleticism, ability to cover ground quickly, and to recover possession and move the ball on. Not always flashy but always effective, every team needs a player like him. He doesn't offer much in attack but, then again, never really needs to with the likes of Tielemans, Barnes, Vardy, Maddison and Perez the prominent players in that regard. He is simply immense at what he does - protecting the Leicester defence, winning the ball, breaking up play and running the game from midfield like Michael Carrick and Roy Keane used to do.

The closest we have to him is Scott McTominay but he's more of a box-to-box man rather than an out-and-out CDM. McTominay's best work comes at the edge of the opposition penalty box rather than ours.
Tielemans vision and range of passion makes him the perfect foil for Ndidi - a bit like Fernandes but, if (or indeed when) Paul Pogba leaves United - most likely in the summer - the Leicester man would be the perfect, ready-made replacement for the mercurial, World Cup winning Frenchman. To get the best out of McTominay and Fernandes once Pogba goes (assuming he does), we need a more agile, mobile, deep-lying midfield and Ndidi fits the bill perfectly.

Both Ndidi and Tielemans creep under the radar but they are integral to Leicester's excellent side under Rodgers and would walk into United's ragtag midfield.