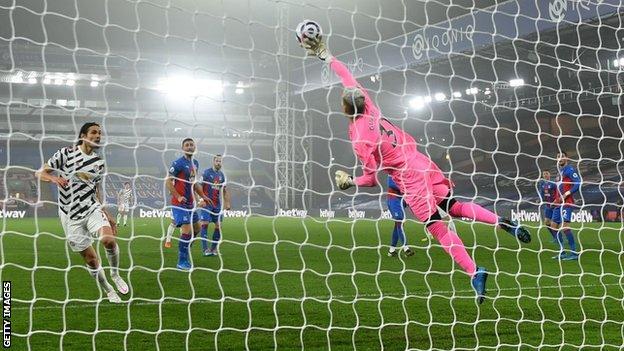 Dean Henderson's late save preserved a point for Manchester United at Selhurst Park as the Reds drew 0-0 for the third successive game.
After goalless ties with Real Sociedad and Chelsea, United were strangely lacklustre in a performance to match the conditions in south London.
Henderson, selected ahead of the absent David de Gea for personal reasons, had little to do but was called into action in the final minute of stoppage time to deny Patrick van Aanholt a certain winner, as he raced out to block and smother the ball at the feet of the Eagles left-back.

The result kept Ole Gunnar Solskjaer's side in second place, but this was our ninth draw of the league season, only two fewer than relegation strugglers Brighton and Fulham.
Such a record has undermined any realistic tilt at the title with Pep Guardiola's side from across the road rapidly receding into the distance ahead of the Manchester derby on Sunday.

Roy Hodgson's Palace are known for their defensive resilience and organisation, but it was the hosts whom created the early openings despite the Reds attempts at pressing from the front.
Missing their injured talisman Wilfried Zaha, Palace failed to find a cutting edge but went close early on through Christian Benteke, as he blazed over the bar from close range when in truth he should have done better.
Good work from Jordan Ayew saw him burst clear down the right and his cross-shot was deflected for a corner, but Henderson did well to claim the resultant flag-kick under pressure from Benteke as the ball swirled into the fog.

Then came United's best opening of the night as Palace keeper Vicente Guaita was called into action on 17 minutes. Bruno Fernandes teed up Nemanja Matic as the Reds recycled a dangerous Mason Greenwood cross, and the Serbian's deflected hit was curling into the top corner before Guaita's fingertip stop tipped the ball over the bar and away to safety. 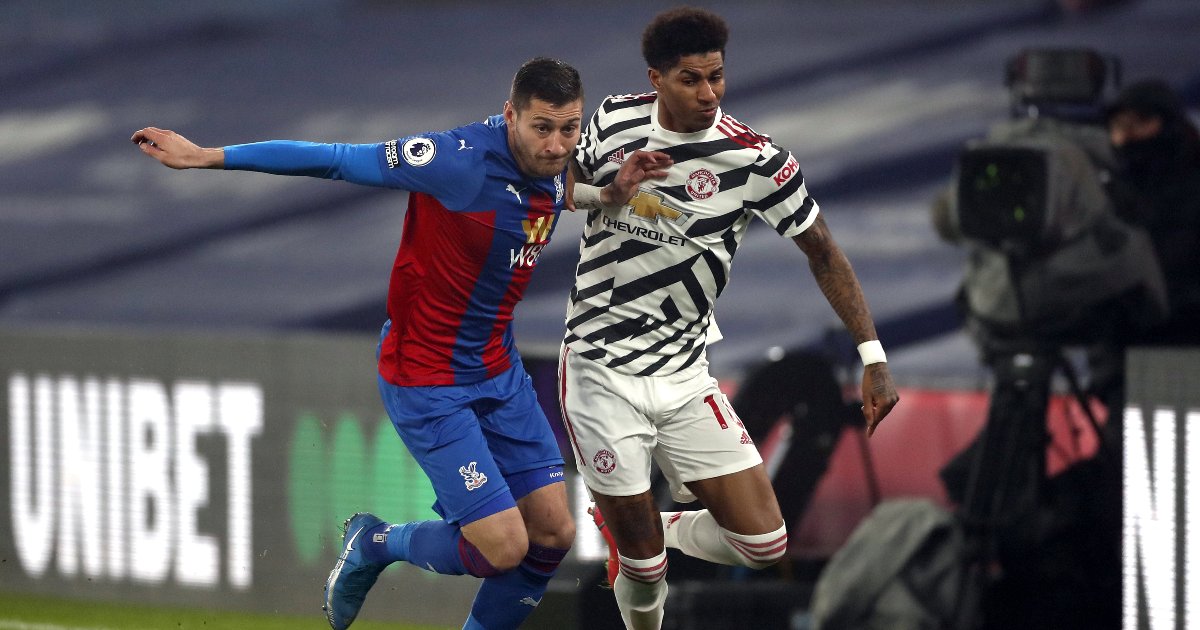 The returning Edinson Cavani hooked the ball over the top from the resultant set piece after Harry Maguire's header had inadvertently struck Marcus Rashford and dropped to the Uruguyuan.
Marcus Rashford fired wide after the excellent Luke Shaw had picked him out, and right-back Joel Ward then took the ball off the toes of the onrushing Cavani after opposite number Aaron Wan - Bissaka's teasing delivery.

Benteke had another effort early in the second half but again was off target, albeit with an acrobatic effort he did well to connect with.
Henderson saved from Ayew, and set-piece specialist Luka Milivojevic struck his free-kick into the wall after Fred had scythed down the eye-catching Eberechi Eze.
Despite plenty of possession, United's slow and laboured build up failed to find a way past the massed ranks of the Eagles defence, marshalled superbly by midfielder-turned-stand-in centre back Cheikhou Kouyate.

United's bench was lightweight with Anthony Martial ruled out through injury, so Solskjaer could only turn out to his two senior substitute options, Scott McTominay and Dan James, and did so with 15 minutes to go.

The in-form Welshman almost made an immediate impact as he rose to meet a Greenwood cross, but the ball was nicked off by Gary Cahill at the expense of a corner, which ultimately came to nothing.
Greenwood then had a crack himself, as he cut inside and unleashed a 20-yarder as he looked to end his goal drought, but his effort flashed narrowly over the bar.
That looked to be the final effort of a largely drab encounter, but van Aanholt then almost stole an undeserved winner for the hosts in the final minute. The left-back looked offside but the flag stayed down and Henderson raced out quickly to close down van Aanholt and block the ball to ensure the spoils were shared.

Posted by United Faithful at 02:11