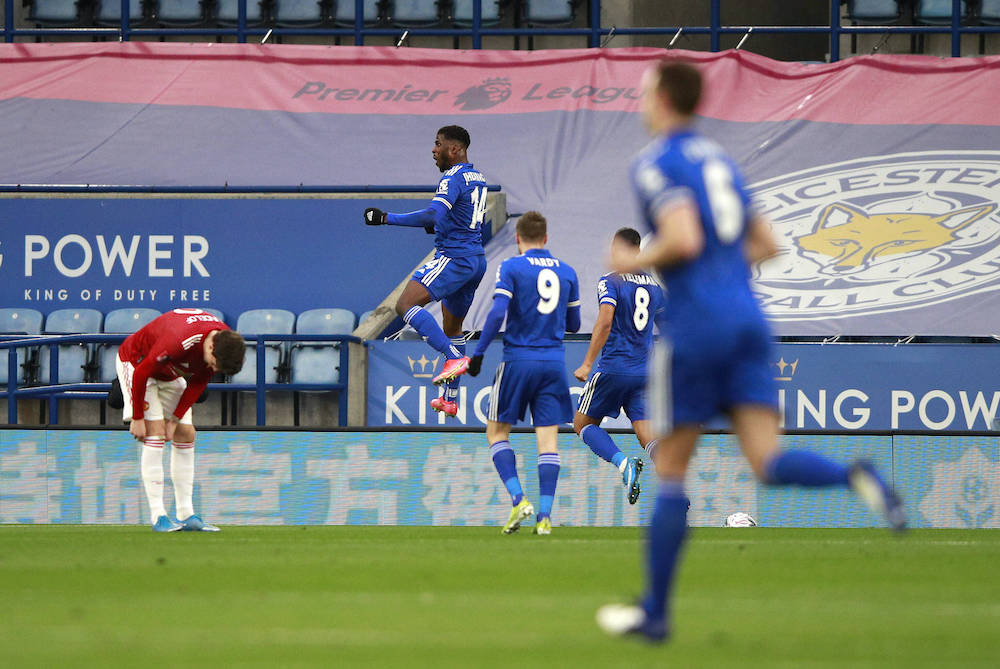 Leicester City powered past an error-strewn and out of sorts Manchester United side as Brendan Rodgers side earned a fully merited victory to set up an FA Cup semi-final with Southampton.
Ole Gunnar Solskjaer's side - fresh from midweek heroics in Milan - fell short in the face of an impressive performance from the Foxes, inspired by the twin midfield partners in crime of Wilfried Ndidi and Youri Tielemans.
The result may have come as a disappointment but at least it wasn't a league game and came in a second-rate competition that we had very little chance of winning anyway.
Solskjaer opted to leave out Bruno Fernandes and Luke Shaw, two of our best performers of late, with one eye on the upcoming league fixtures and in the midst of a hectic fixture schedule, as he shuffled his pack for the last eight trip to the east Midlands in a selection with five changes from the midweek win in the San Siro.

Kelechi Iheanacho put the hosts ahead after 25 minutes only for Mason Greenwood to equalise with his first goal in 19 games - not since the fourth round win over Liverpool has the 19-year-old been on the scoresheet.
Youri Tielemans raced through unchallenged to restore Leicester's lead and Iheanacho put the result beyond doubt late on to send Brendan Rodgers men to Wembley where they will face the Saints in the semi finals.
Dean Henderson saved well from the always-dangerous Jamie Vardy as the United stopper palmed the ball away from close range to deny Leicester's top scorer.
Harry Maguire snuffed out the danger from the same player soon afterwards but it proved only a temporary reprieve as Leicester took the lead on 25 minutes. United's attempts to play out from the back ended in catastrophe as Henderson rolled the ball to Maguire and he in turn moved it on to Fred. The Brazilian merely needed to roll the ball to our full-backs but instead opted to turn into trouble and go back to Henderson. Iheanacho seized on the gift to round the keeper and gleefully slot into the empty net, hardly able to believe his luck.
Vardy went close again, with United this time bailed out by Aaron Wan - Bissaka, but the Reds equalised out of nothing and against the run of play seven minutes shy of the interval.
The ball was worked out to Paul Pogba on the left-hand side and he burst forward to fire a cross into the box. Donny van de Beek dummied the ball and it ran on to Greenwood to blast home beyond Kasper Schmeichel.

Pogba tested the Foxes keeper from distance and Ayoze Perez went close at the other end but United could consider themselves fortunate to go in at half-time level. 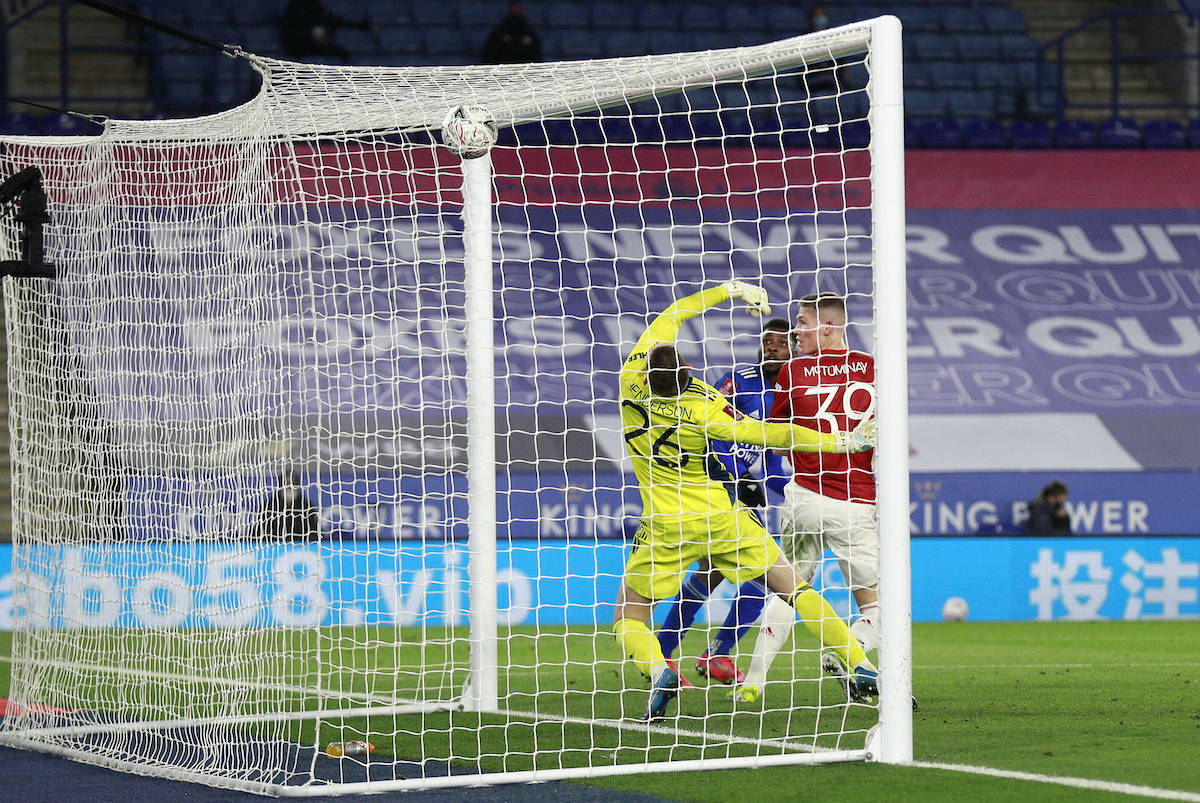 Having discovered Southampton awaited the winners (with the draw made at half-time for some strange reason), you felt the incentive of avoiding both Chelsea and City would act as a catalyst for an improved second half showing.
Unfortunately, United did not awake from their soporific slumber and fell behind again seven minutes after the restart. The move started on halfway as the eye-catching Tielemans played a quick one-two with the impressive Iheanacho and ran at United's back-pedalling defence. With Nemanja Matic back-pedalling, Fred missed his tackle and Victor Lindelof turned his back as the Belgian burst through unchallenged, given all the time in the world to pick his spot and rifle in beyond the advancing Henderson.
Alex Telles thumped a shot wide and Greenwood was snuffed out in the box, before United received a let-off when Vardy fired uncharacteristically wide having been put through by his strike partner Iheanacho.
That prompted Solskjaer to decide he had seen enough as Shaw, Fernandes, Scott McTominay and Edinson Cavani replaced Telles, Matic, van de Beek and Pogba in a four-pronged assault on 64 minutes.
Greenwood headed wide and a Fernandes free-kick was pushed out by Schmeichel but, in truth, the Reds didn't do enough to threaten a second equaliser as Leicester deservedly stretched their lead.
United were undone from a set-piece 12 minutes from time as McTominay - having given the free-kick away in the first place - failed to clear and Iheanacho was left was a simple header at the back post to put the result beyond any lingering doubt.
United now face two weeks without a game with Brighton on Easter Sunday next up after the international break before the Europa League double header with Granada.
Overall team performance: 5/10
United Faithful Man of the Match: Mason Greenwood
Posted by United Faithful at 16:25