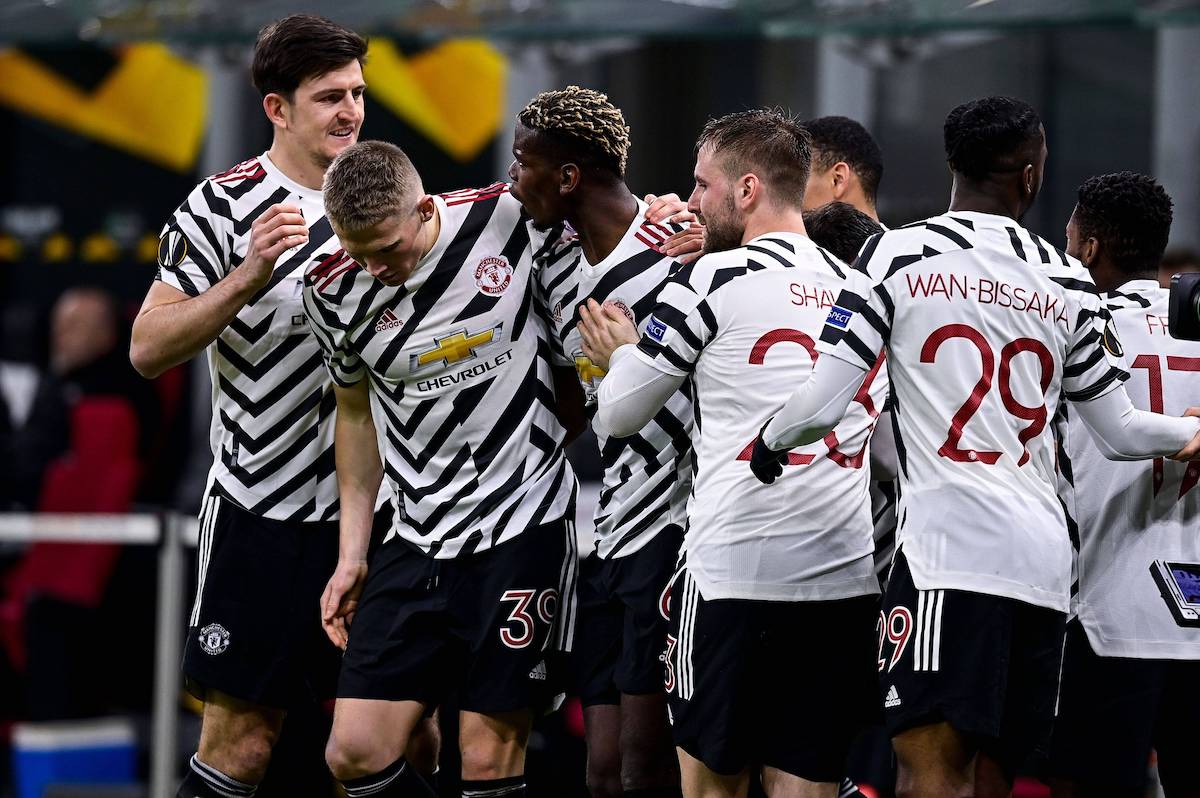 Paul Pogba stepped off the bench to mark his return with the winner and fire United into the Europa League quarter-finals.
The Frenchman has missed the last ten games but made the decisive difference three minutes after his introduction and Dean Henderson saved from Zlatan Ibrahimovic late on to seal our place in the last eight.
Playing in the iconic San Siro, United needed to score after Simon Kjaer's late equaliser in the first game at Old Trafford gave the resurgent Rossoneri a slender advantage in this second tier meeting between two of the continent's biggest clubs.

United will now wait to discover our quarter-final fate with Arsenal, Ajax, Roma, Dinamo Zagreb, Slavia Prague, Granada and Villarreal our potential opposition.
The Reds were unchanged from Sunday's victory over West Ham but Pogba and Donny van de Beek returned to bolster the bench, although Edinson Cavani did not travel despite being passed fit.

United started brightly and carved out the first opening of the encounter after 13 minutes when the again impressive Luke Shaw linked up well with Bruno Fernandes. The latter picked out the former and he blazed over the bar when well placed but perhaps should have done better.
Franck Kessie had caught the eye in the first leg for Milan and tried his luck for the Rossoneri, but his effort from distance proved easy pickings for Henderson, retaining his place in goal despite the return of David de Gea.

Daniel James was barged over by Fiyako Tomori when clean through in the box only for referee Felix Brych to remain unmoved and wave play on.
Henderson pushed away from Alexis Saelemaekers and Rade Krunic also went close as Milan grew into the game, with United held at arm's length as the Italians held their away-goals advantage going into half-time.

That lead was quickly extinguished, though, as the Reds soon found an away goal of their own. Pogba had come on for the injured Marcus Rashford and took up a left-wing position to add a different dimension to a side in need of creativity.
The mercurial Frenchman had not played since the draw with Everton in February when he was forced off in the first half. Pogba traditionally takes a while to get up to speed after coming back from injury, but made an immediate and pivotal impact here.

Fred found Aaron Wan - Bissaka with a lovely ball across the box. Having flown through a posse of players in a frantic penalty box, the ball came to Pogba at the back post. Fred got a foot in and Pogba shaped to shoot before he took a touch and curled home superbly from an acute angle to grab the all-important away goal.
The tie became increasingly end - to - end with United getting space in behind as Milan pushed forward in search of an equaliser to force extra-time.
Saelemakers was denied by Henderson and opposite number Gianluigi Donnarumma was then called into action at the other end to deny Mason Greenwood having been put through by the increasingly impressive Pogba. Stefano Pioli introduced Reds past and present as Diogo Dalot - on loan from us - and Ibrahimovic replaced Pierre Kalulu and Samu Castillejo on 65 minutes as Zlatan's presence saw the Italians replace a false nine with the veteran, ageless and enigmatic centre-forward.
The immense Victor Lindelof blocked superbly from Kessie and Henderson was then called into action as Ibrahimovic, almost inevitably, got involved. Hakan Calhanoglu picked out the Swede - on the day he was recalled to his nation's national squad - and he headed goalwards only for Henderson to atone for his first leg error with a fine save.

Brahim Diaz, formerly of Manchester City, flashed a shot wide and Henderson kept out Calhanoglu as Milan came on strong in the closing minutes. Solskjaer's side had ultimately done enough, though, as a sixth clean sheet in seven games snuffed out the Serie A giants and ensured safe passage to the quarter-finals.

Posted by United Faithful at 02:06