United turn the tables with a derby victory for the ages

Four days on from the sleepwalking snoozefest of Selhurst Park, this bafflingly unpredictable Manchester United side again rose to the challenge with a derby day victory for the ages. 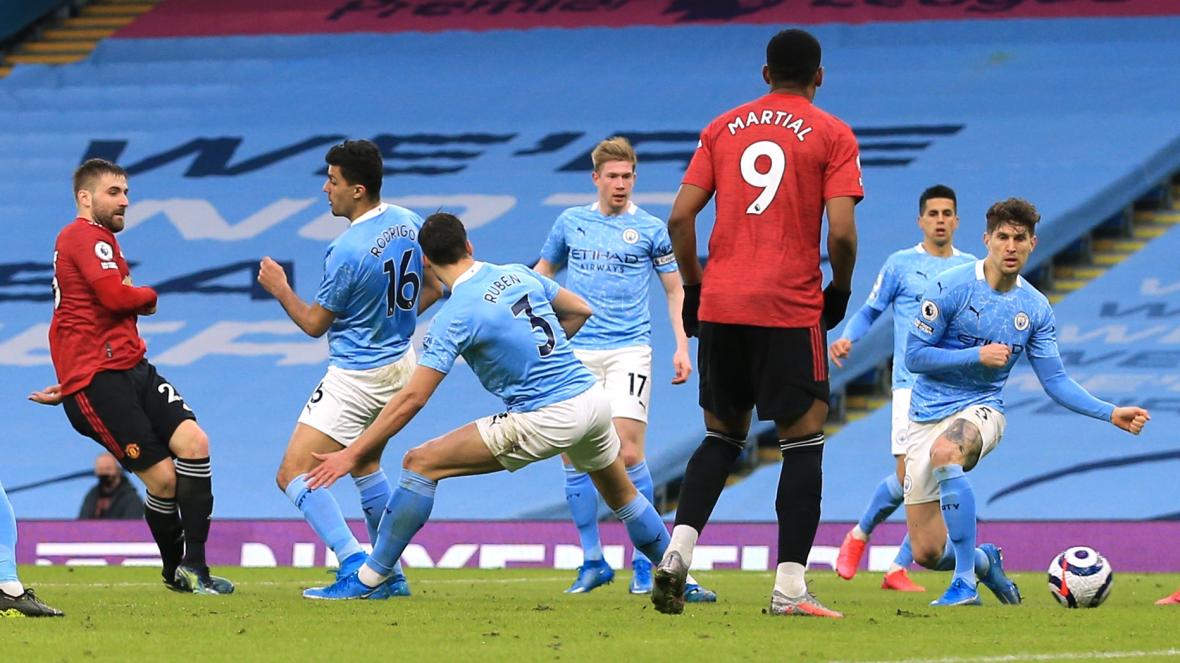 It was a script that perhaps seemed written as United turned the tables with a historic win to take the honours in the 185th all-Manchester meeting and stop our neighbours and rivals in their formidable tracks and end their 21-game winning run.

After three consecutive goalless draws, the Reds had been criticised for a lack of spark and fire as a league season that had offered so much had started to peter out. There was a sense the Reds were merely going through the motions, trailing in the wake of a relentless, winning machine as City cut a swathe through the league en route to a third Premier League title in four seasons. The Reds had led the way at the turn of the year but silly points lost to Sheffield United, Everton, West Brom and Palace - to name but four - had seen any potential league ambitions stunted. Indeed, coming into this one, you weren't quite sure whether to expect a thumping or one of those random results where this side can look like world beaters.
Yet whenever things take a downward turn, whenever the pressure mounts up again and the chips are down, something stirs within the inner recess of Ole Gunnar Solskjaer.
It perhaps should be expected - after all, here is a man who specialised in the substitute rescue act during his illustrious playing career at Old Trafford. His job description as a player often amounted to salvaging a seemingly hopeless situation.
Now, as manager, Solskjaer seems to thrive when the odds are stacked against him and his side. When his back is against the wall and he needs a result, the United boss is the finest manager in world football.
Pep Guardiola knows more than most what Solskjaer can do when it all comes together - this was the fourth time in seven games the United manager has outmanoeuvred his illustrious counterpart, and the third time in a row at the Etihad.
Make no mistake, this was a deserved victory - there was no VAR-dominated controversy, no luck, and this was not an out-of-form City side decimated by injuries. This wasn't even a park the bus, fortuitous, smash-and-grab victory. United, of course, were forced into long spells without the ball but had a good shape about us and played City at their own short passing game in the final 25 minutes. Even the most ardent ABU hater cannot deny the Reds fully merited their eventual victory - the early penalty certainly helped but, in truth, United could and should have prevailed by more.
United went to our neighbours and rivals and played a high line, got on front foot and turned the tables on an unsuspecting City side with a performance of supreme quality and confidence from the opening whistle. Solskjaer sent his side out to press hard and fast, never allowing City to lapse into their formidable passing rhythm or to build up a head of steam.
It is a result and a performance Sir Alex Ferguson - watching from the posh seats at a deserted Etihad (literally the Emptihad) - would have been proud of.

Manchester City are still going to win the Premier League title, and this result does nothing to change that, barring the most unlikeliest of Devon-Loch style collapses. But they were deservedly vanquished by a sharper, hungrier United side who played like our lives depended on it - we defended magnificently, bullied City in midfield and counter-attacked thrillingly. To continue the horsey analogy, City were not at the races even on this derby day.
But Solskjaer and the Reds certainly were as we rose to the challenge in the face of our all-conquering neighbours and rivals. United know there is very little chance of stopping Guardiola's rampaging thoroughbreds - leading the way by eleven points - but we were intent on wrecking their sequence of successes. United have won this particular battle but City will win this war.
From back to front and to a man, United were absolutely magnificent. Dean Henderson, curiously, had little to do, but his handling was good, he commanded his box and his distribution is something David de Gea does not have and a major asset.
In front of him, Aaron Wan - Bissaka again got the better of Raheem Sterling, forcing the City man to the fringes, winning tackles, and matching his rival for pace and interceptions. On the opposite flank, Luke Shaw showed why he is the best left-back in the league by a distance, in a tireless, magnificent performance of positioning and link-play as he snuffed out Riyad Mahrez and got forward to score - Shaw is having the best season of his career, he is a contender for our Player of the Year and is in the form of his life. In front of the watching Gareth Southgate, there is not a better left-back on the planet at the moment. 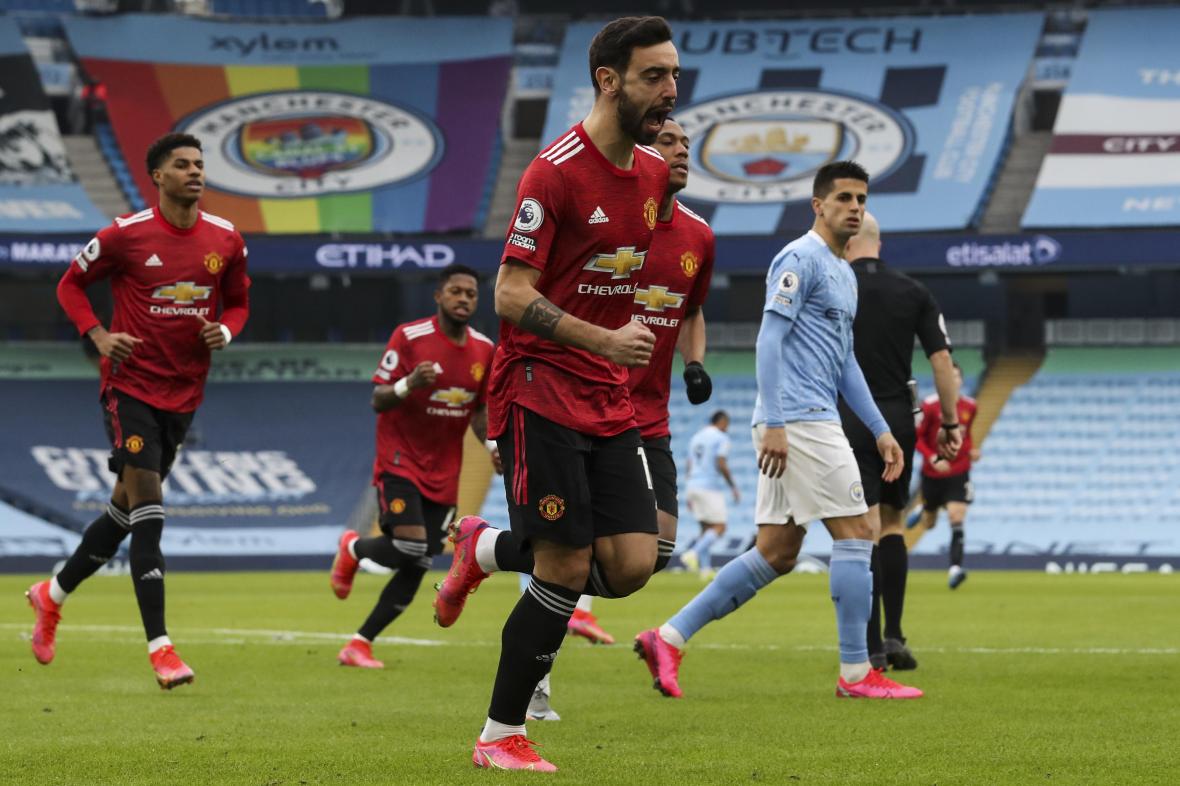 Harry Maguire was a colossus at centre-half, a leader vocally and in marshalling United's courageously high line. Victor Lindelof defied his critics with a magnificent showing alongside his captain in the pair's best performance of the season at the home of the champions. Lindelof often saves his best performances against the elite and this was another entrant for that pantheon. Fred hustled and Scott McTominay came alive in the engine room, becoming the bedrock for United's quick, incisive counter attack by winning the ball and starting attacks at will to wrestle control from City's midfield slickers.
Anthony Martial returned to the side and set the tone for the side's performance with an absolutely magnificent individual display. All that was missing was a goal as he worked the channels, linked the play, never stopped running and bristled with menace and pace throughout. Martial won the penalty - converted by the tireless Bruno Fernandes -  with a darting run in behind and at one point simply bounced off a two-pronged challenge from John Stones and Gundogan to spin in behind and burst clear. We've seen the worst of Martial over the past few months, but this was the mercurial Frenchman at his best. Along with Shaw, he was the game's most impressive performer.
If United could be more consistent, maintaining close to this level of intensity every week, brushing aside the likes of Sheffield United, Everton, West Brom and Palace (all of whom we have dropped points against), then a bright future will look even more positive. United were as engaged and as hugely impressive here as we were abject and anodyne in south London in midweek. In a perverse way, it makes this victory slightly annoying as imagine the position we'd be in now had we won those games instead of drawn them.
This was the sweetest of victories for United and Solskjaer - he keeps being questioned but keeps responding. United reclaimed second place from Leicester and look firmly on course to improve on last season, both in terms of league standing and points tally.

Manchester is Red.. Get in there!!
Posted by United Faithful at 02:13