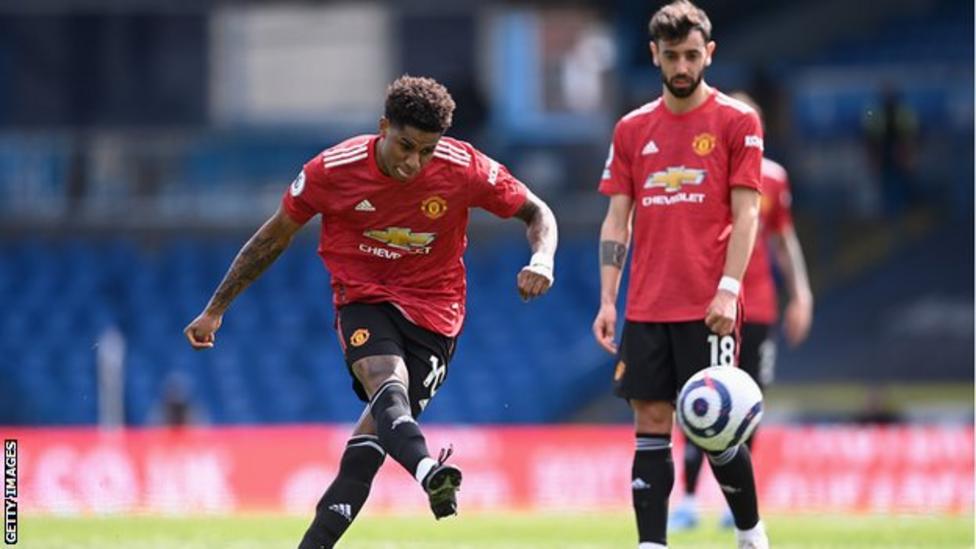 The Uniteds of Manchester and Leeds played out an uninspiring end of season stalemate as the two fierce rivals shared the points at Elland Road.
Despite their status as two of the giants of the English game, the combination of no fans in the ground and neither side having much to play for made for a largely uneventful encounter on United's first visit to LS11 for eleven years.
Manager Ole Gunnar Solskjaer - whom before the game said it was never going to finish goalless - made one change from the 3-1 win over Burnley last time out. With one careful eye on the looming Europa League semi finals on Thursday, Daniel James came in for Paul Pogba as the Frenchman dropped to the bench, with Marcelo Bielsa's Leeds unchanged from their draw with Liverpool last time out.

Leeds remain firmly ensconced with comfort in mid-table, whilst Solskjaer's United sit second, eight points ahead of Leicester - who play on Monday - with five games left. Barring a late collapse, it seems unlikely the Foxes will reel in the Reds a
nd there's no chance of us catching champions-elect Manchester City - with the latter only two wins away from the title.

Mason Greenwood went close with a header with the teenager denied by Illan Meslier from a Bruno Fernandes set piece and Marcus Rashford should have done better when set up by a trademark Victor Lindelof long pass.
Harry Maguire steered off target with his knee having been picked out by Fernandes, before United perhap got away with one after a VAR check against Luke Shaw. It would have been harsh as Shaw couldn't have moved out the way and his arm was in a natural position, but you could certainly file it under 'seen them given'.

Fernandes himself went close with a free-kick but Leeds then finally threatened at the other end through Stuart Dallas when the Northern Ireland international forced a routine save from Dean Henderson.
Patrick Bamford went close for the Reds with an inadvertent header over his own bar, but the closest Solskjaer's side came in the first half was when Meslier produced a stunning stop to tip away a Rashford free-kick. Skipper Maguire then sent his header over the top from the resultant corner on the stroke of half-time.

In the first ever behind closed doors instalment of this fierce, storied and age old rivalry, things began to heat up after the interval. Greenwood's through ball should have led to an opening, but a mix-up between Fernandes and James saw the move break down and Leeds were able to clear their lines. 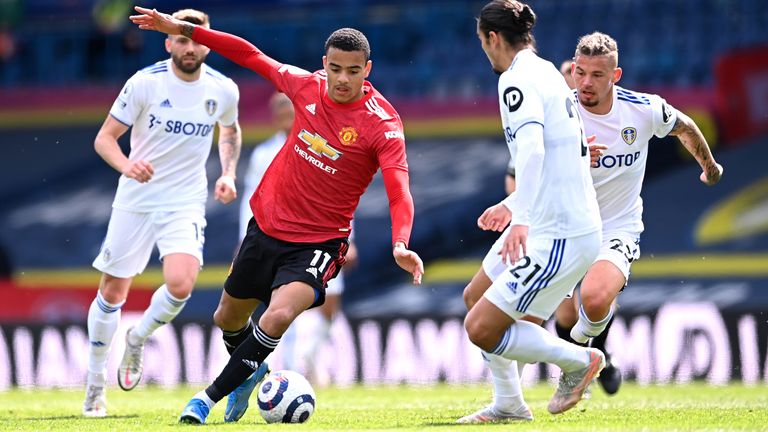 Fernandes - well marshalled by Kalvin Phillips throughout - flashed a shot wide before Meslier was called into action to deny Greenwood after Rashford had picked him out.
United had upped the ante and went close twice in quick succession when Fernandes and Rashford linked up to find James, but he was unable to slip in the unmarked and loitering Greenwood. Rashford's 20-yarder flew wide before James was replaced by Pogba on 76 minutes as Ole flexed his bench muscles - the 200th United appearance of the mercurial Frenchman.

Helder Costa tried his luck at the other end when his shot was deflected to safety off Aaron Wan - Bissaka, and both Dallas and Luke Ayling tested Henderson without success in the closing stages.

Despite a series of niggling fouls and constant complaining from the hosts, the game failed to truly ignite as a disappointing contest petered out to maintain United's unbeaten run on the road.
It's a result that does little for either side as United gear up for Thursday's Europa League semi final against Roma at Old Trafford.