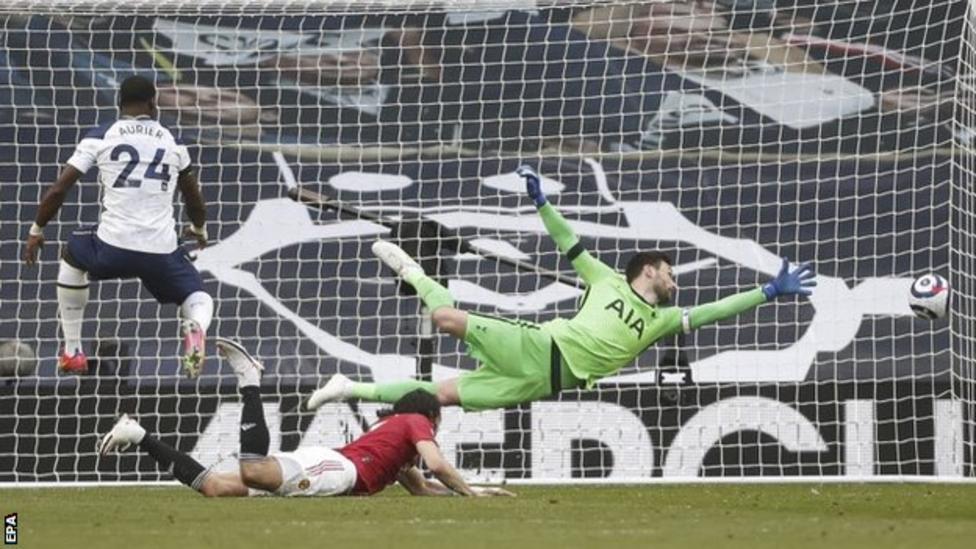 Manchester United hit a second half salvo to enact revenge on Jose Mourinho's Tottenham and banish the demons of October's defeat at Old Trafford.
The Reds had gone down 6-1 on a day when we suffered our joint-worst Premier League loss when Anthony Martial was sent off and Erik Lamela somehow escaped censure despite hitting the French centre-forward.

There was more controversy here when referee Chris Kavanagh disallowed what seemed a perfectly good Edinson Cavani goal, only to overrule it through VAR for an alleged foul in the build up. Replays showed Scott McTominay had done nothing more than run with the ball but Son Heung - min threw himself to the ground, conning the official and seeing the strike ruled out.
To quite literally add insult to injury, Son - the man at the centre of it all - put Tottenham ahead five minutes before half-time as Ole Gunnar Solskjaer looked set to explode with rage on the touchline.
But as we have done so many times before this season, United - spurred on by the sense of injustice - roared into life in the second half.
A rare goal from Fred - only his second for United - levelled matters before a superb Cavani header and a blistering late third from substitute Mason Greenwood put the result beyond doubt and left United seven points ahead of third placed Leicester.

Solskjaer made three alterations from Thursday night's European exploits in Spain as Dean Henderson, Fred and Cavani came in for David de Gea, Dan James and Greenwood.
In truth, nothing much happened in the opening 17 minutes but then came United's first opening after a sweeping move. Bruno Fernandes floated a lovely ball for Paul Pogba into the box and he in turn flicked on to Cavani. The Uruguayan moved the ball on to Marcus Rashford and he took a touch and fired goalwards only for Eric Dier to make a brilliant lunging tackle to deflect the ball out for a corner.

Then came the game's major talking point on 33 minutes when the referee disallowed a brilliant Reds opener for no apparent reason. A superb flowing move was finished by Cavani after lovely link up between McTominay, Fred and Pogba but Son had gone down in the build up. McTominay had pushed forward to burst into space, Son flicked his head forward and went down like a sack of spuds. Incredibly, and for reason I'll never understand, the official deemed the coming together a foul even though replays showed there had been no contact.
To compound our anger, the same player - lucky to still be on the pitch after his blatant play-acting - Son put the hosts ahead on 40 minutes when Harry Kane cut the ball back to Lucas Moura and he squared for Son to tap in. 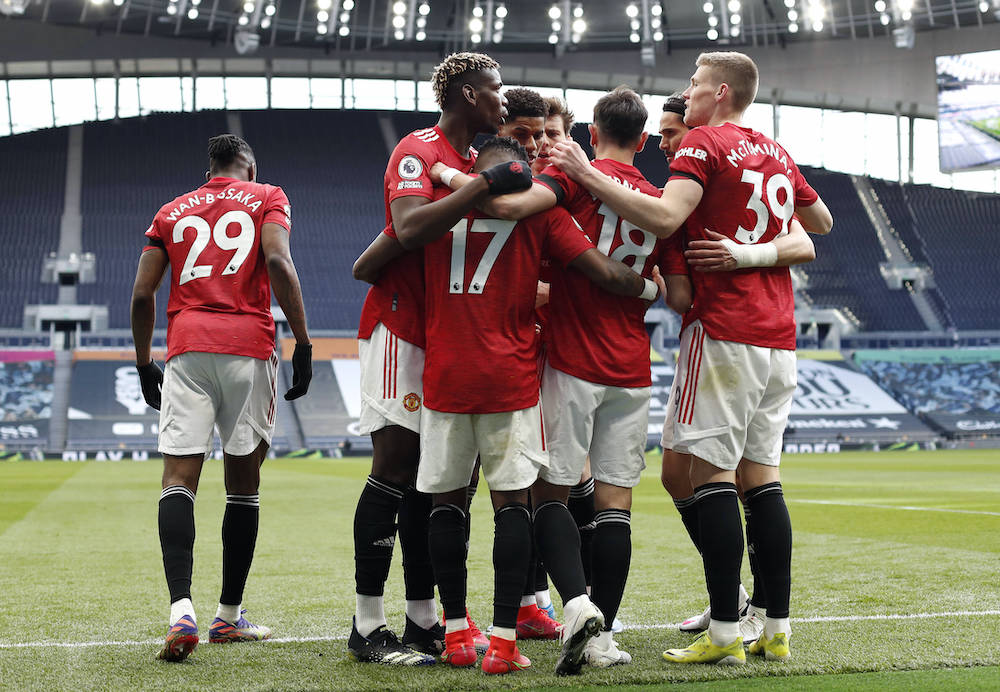 Raging at the robbery and a sense of injustice, United came out for the second half a team on a mission. After McTominay had thumped a post with a 20-yarder, the Reds equalised three minutes shy of the hour mark. A nice piece of play involved Rashford and Fred saw the latter release Cavani to burst through on goal. Our impressive no.7 hammed the ball goalwards, only to be denied by a good stop from Hugo Lloris. The rebound fell perfectly into the path of Fred and even the notoriously wayward Brazilian could not miss as he thumped the loose ball high into the net.

Dean Henderson saved superbly from Son to preserve parity soon afterwards, before Lloris was called into action again at the other end, this time to push the ball round the ball to deny Fernandes after another neat passing move.
United had taken the upper hand and should have taken the lead on 67 minutes when a corner was cleared to Luke Shaw and he volleyed the ball wide to Fernandes. The Portuguese moved it on to Pogba but the Frenchman went for the spectacular and his back-heeled effort was blocked by Dier.

The tie was becoming increasingly end-to-end and Henderson was again alert to save smartly from Kane with his feet at the near post. At the other end, Greenwood, who had come on for Rashford, fired wide having cut inside as both teams looked a threat going forward.

Cavani deserved a goal for his constant movement, causing Dier and Joe Rodon no end of problems. The veteran striker finally got the goal his performance deserved eleven minutes from time when Fernandes linked with Greenwood, the latter crossed and Cavani met it with a diving header beyond Lloris and into the corner.

Having put us ahead, Cavani was then inadvertently involved at the other end when he flicked a Spurs corner on to his own crossbar in an attempt to clear.
Having somehow conjured up six additional minutes (I reckon he deliberately added loads on to allow Spurs more time to score), Mourinho's men went in search of a scarcely deserved equaliser. But, instead, the Reds put the seal on a memorable victory through Greenwood as the immense Pogba picked out the onrushing striker to lash in a brilliant finish and serve up a delicious helping of revenge.

Posted by United Faithful at 14:57