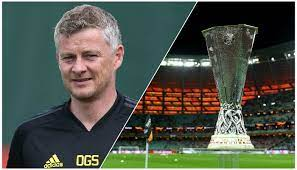 Ole Gunnar Solskjaer looks set to take Manchester United to a first major showpiece after smashing his semi final hoodoo in spectacular style.
Holding a 6-2 lead from the first leg, the Reds eviscerated Roma with a scintillating second half showing to banish the demons of four successive semi final failings.
You would have got long odds on this tie being effectively over as a contest even before the second game next week in the Eternal City, but United will head to the Italian capital knowing only a freak and unprecedented collapse will prevent us from reaching an eighth European final, in Gdansk on 26 May. The notion of Roma running in four goals without reply is one requiring a very unrealistic leap of the imagination. Of course, all this will mean nothing if we don't win the final - although it may "only" be the Europa League, any trophy is important for building a winning mentality.

Poor ol' Roma will be sick of Old Trafford under the lights. Four years ago almost to the day, the Romans were conquered in the face of a United onslaught for the ages as Sir Alex's side dealt out a 7-1 thumping en route to an outrageous 8-3 aggregate victory - a two-legged tie that has become synonymous with football par excellence and a night which resembled everything this famous old club should come to represent.
Whilst the scoreline this time did not quite match that famous, iconic night, for Solskjaer - on the bench as substitute back then - it will taste just as sweet.

Much had been made of the Norwegian manager's poor semi final record, with this being his fifth in all competition in 15 months at United.

It raised inevitable questions over whether this side and its manager had the pre-requisite mentality - or "cojones" to paraphrase a cockney Watford striker - to get beyond the crunch business end of knockout tournaments. In fairness, United have fallen victim to a combination of ridiculously difficult cup draws and several doses of bad luck but our consistency in falling short at the penultimate hurdle became impossible to ignore.

For all the progress made since Ole's arrival at Old Trafford, his doubters could legitimately point to a lack of silverware, never mind the absence of even a final, as reason enough when it comes to judging his compatibility for the job. Solskjaer eventually needed to get beyond this stage to silence his critics, many of whom believe he should never have succeeded Jose Mourinho as United boss and point to the aforementioned lack of trophies that both his predecessor and predecessor-but-one Louis van Gaal delivered.

As I'm sure you don't need me to embellish here, we had lost all of the previous four under Solskjaer's tutelage - twice to City in the League Cup, against Sevilla at the corresponding stage of this tournament last term (a defeat Solskjaer has said still rankles) and to Chelsea in the FA Cup back in July. But having navigated past Real Sociedad and Milan to earn a shot at this last four tie, United went into a semi-final under Ole as favourites for the first time. Roma seemed the most winnable so far and so it would prove although it looked as if this tie would tell a familiar tale until Roma wilted in the face of a United onslaught for the ages - indeed, one reminiscent of that night in April 2007 when the Reds ruthlessly ran riot  against Francesco Totti, Daniele De Rossi and co.

At half-time here, United were 1-2 down and Solskjaer was braced for the negative headlines coming his way - the Reds would be labelled "bottlers" and "nearly men" once more as the spectre of another failed semi-final juncture enveloped Old Trafford like the plague. Roma's quickfire double had come out of the blue as Lorenzo Pellegrini and then Edin Dzeko - so often the scourge of Manchester United - came back to haunt us. But in the end, the result was never really in doubt as Bruno Fernandes and Edinson Cavani took centre stage, ably assisted by Paul Pogba, in a stunning, brutal, second half blitz to leave the Romans ragged and ruined.

It all added up to one of the finest nights Solskjaer has had in the Old Trafford dugout, and one that may turn out to be a seminal turning point in his managerial tenure as the prospect of an elusive first trophy looms large.