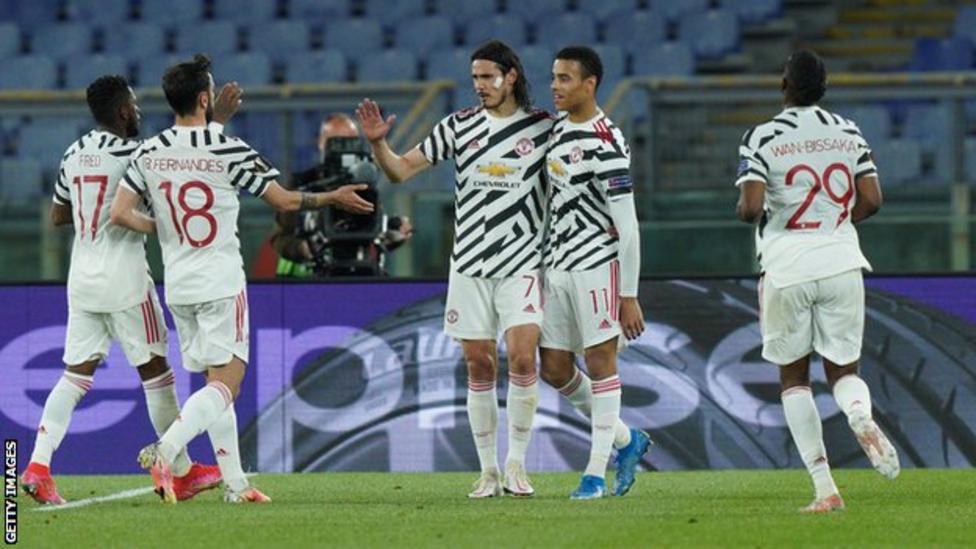 Manchester United are through to the Europa League final in Gdansk despite a second leg loss to Roma in the Eternal City.
Ole Gunnar Solskjaer's Reds will face Villarreal on May 23rd after Unai Emery's La Liga side knocked Arsenal out with a narrow 2-1 win and prevented the chance of two all-English finals.

In a thrilling, 13-goal semi-final, Edinson Cavani continued his fine recent run of form with a magnificent brace but Edin Dzeko, Crisante and a late own goal from substitute Alex Telles gave outgoing manager Paulo Fonseca a momento from the night, despite the fact his side were distinctly second best over the two legs having gone down 6-2 at Old Trafford last week.

Solskjaer - bidding to reach his first final in the United dugout after four semi final losses - named a strong side despite holding an almost unassailable lead. There were three changes from the first leg as Eric Bailly, Donny van de Beek and Mason Greenwood came into the XI in place of Victor Lindelof, Scott McTominay and Marcus Rashford.

The Reds, in their black and whit third kit, were immediately put under pressure by the hosts, not vowed by their almost impossible position in the tie. Gianluca Mancini was denied by a superb David de Gea save, before former City forward Dzeko headed inches wide having been picked out by ex Red Henrikh Mkhitaryan.

The Giallorossi's strong start ultimately subsided as United took control. Cavani hit the bar with a lob after a defence-splitting pass from Fred with stand-in stopper Antonio Mirante beaten.

The 34-year-old hitman went close again soon afterwards after Bruno Fernandes played him through with a gorgeous through ball. One on one with Mirante, you'd have expected the Uruguayan to hit the net but his strike produced a good save from the Italian keeper and fellow veteran.

Roma, already depleted after a spate of injuries in the first leg, then suffered a further blow on the half hour mark when another former United man, Chris Smalling, had to be replaced by teenage midfielder  Ebrima Darboe, with Crisante dropping into a rejigged back three.

Mkhitaryan went close with a diving header but Roma kept their foot on the pedal and almost went ahead on the night when De Gea tipped wide from Lorenzo Pellegrini and then held Mancini's follow-up effort, although had he scored the goal would have been disallowed for an offside infringement.

Five minute before the break, Cavani showed his immense predatory quality with yet another goal against the Romans - they must be sick of the sight of him.
Cavani started and ultimately finished a wonderful sweeping move as his delightful touch saw the ball moved on to Fernandes and he, in turn, played it to Fred. The Brazilian found his South American colleague with a perfect, precise pass and Cavani, eight yards out, was never going to err for a third time. The striker slammed the ball home high beyond Mirante to extend our aggregate lead to 7-2 for his sixth in as many games, his fourth in the Europa League and thirteenth of an increasingly impressive campaign.

Mason Greenwood, the youngest player to reach 100 games for United, flashed a shot wide before De Gea was called into action again, this time to keep out Mkhitaryan. Fernandes failed to connect having attempted a spectacular scorpion effort, and the Portuguese magnifico saw another effort narrowly off target in the final moments of the half.

Brandon Williams and Telles replaced Aaron Wan - Bissaka (who was on a booking) and Luke Shaw for the second 45 minutes with the tie over as a contest.
De Gea had become increasingly busy and denied Dzeko with another impressive stop, but there was little the Spaniard could do to prevent the 57th-minute equaliser. Almost inevitably, it was the Bosnian, so often the scourge of the Reds, whom got it as former Chelsea man Pedro's volleyed cross picked out the lurking Dzeko for a simple headed finish. 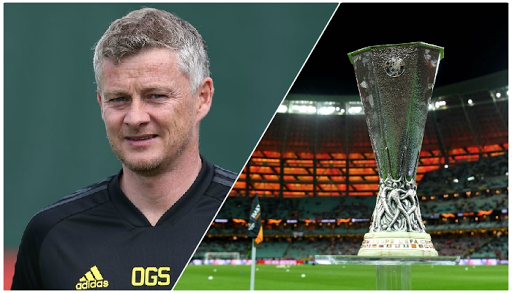 Three minutes further on and Roma had snatched the lead on the night as Pellegrini dispossessed Fred and found Crisante to smash in from distance.

The Reds suddenly and unexpectedly found themselves a side under siege. Out of nothing, United looked as if they could dramatically collapse only for De Gea to rescue us with a string of fine saves to deny first Pedro, then Dzeko and - most impressively of all - Mkhitaryan, all within the space of two minutes.

Another Roma goal would have set nerves jangling but United rediscovered their equilibrium and equalised through Cavani, yet again, on 68 minutes. Greenwood had fired wide moments before another perfect cross from Fernandes dropped to the man who simply cannot miss and his thumping header made it 2-2 and 8-4 on aggregate.

Mkhitaryan hit a post after Marcus Rashford's introduction with Cavani replaced having picked up a booking as tempers briefly flared. Roma substitute Nicola Zalewski restored his side's advantage with a volley which deflected off Telles and under De Gea. But United were never realistically in trouble and had long since done enough to seal our place in Gdansk for the final on Wednesday 23 May.

Posted by United Faithful at 16:33