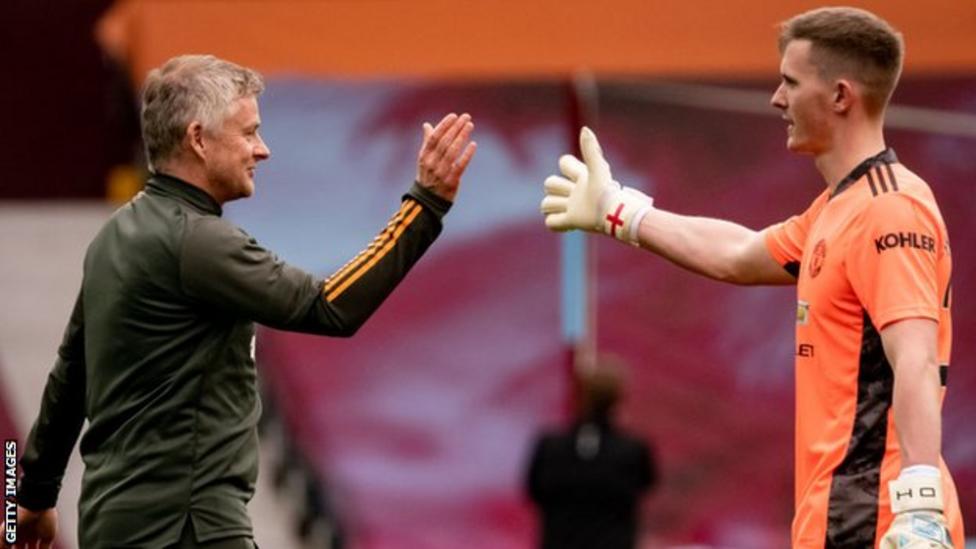 Manchester United completed another second half comeback and kept alive slim hope of the Premier League title with a deserved victory at Aston Villa.

Defeat for Ole Gunnar Solskjaer's side would have handed the crown to neighbours Manchester City, but - after Bertrand Traore put Villa ahead - a Bruno Fernandes penalty levelled the tie before Mason Greenwood and substitute Edinson Cavani both continued their fine recent form with superb second finishes. Dean Smith's faltering Villains ended the tie with ten men after Ollie Watkins was perhaps harshly sent off when referee Chris Kavanagh ruled him guilty of simulation to earn a second booking.

In the first of four games in eight days, the win makes sure of a top four finish and puts United to within one victory of the league's runners up spot ahead of upcoming home games with Leicester and Liverpool.
Solskjaer's United could be only four points off the top by the time Manchester City play again on Friday.

There were four changes from the XI following the midweek fixture with Roma in the Eternal City as Dean Henderson, Marcus Rashford, Scott McTominay and Victor Lindelof came in for David de Gea, Cavani, Donny van de Beek and Eric Bailly.

Untied started strongly and went close inside the opening five minutes through Greenwood, when his effort flashed narrowly off target. Former Arsenal keeper Emi Martinez soon found himself a man under siege as he denied Luke Shaw, Pogba and then Fred, after the Brazilian tried his luck with a trademark effort from distance.

Traore went close with a deflected shot at the other end before Fernandes poked wide from a half chance inside the box after Rashford had cut the ball back.

United's no.10 then nearly put us ahead himself after Greenwood smashed the ball across the box, but Rashford was unable to turn the ball home and the chance went begging.
Despite the Reds early dominance, there perhaps seemed a sense of inevitability when Villa struck the opening goal shortly before the half hour mark. Fred and Scott McTominay failed to cut out a through ball, Traore seized upon it, spun and burst clear. Victor Lindelof cut out the winger's initial move, but the Swede was caught napping as the ball deflected back to Traore and he made no mistake this time to thump home a powerful, well-taken drive high into the net beyond the helpless Henderson.

Fernandes almost threatened an instant riposte as he fired over from distance, before Martinez was twice called into action shortly before half-time.

The Villa keeper saved Rashford's 20-yarder and then Greenwood, dictating the pace and tempo of the game from out wide, stung the hands of the stopper, with Martinez forced to tip his shot wide at full stretch.

Second half comebacks are becoming a welcome habit for this side and so it was to prove once again. Pogba went close with a deflected shot a few minutes after the restart and the same player was involved in United's leveller on 52 minutes. Douglas Luiz continually tugged the shirt of the enigmatic Frenchman inside the box, then booted him in the shin twice causing Pogba to go down and give referee Chris Kavanagh no option but to point to the spot.

The resultant penalty was never really in doubt as Fernandes stepped up to fire in beyond Martinez for his 27th goal of the campaign.
But that was only the start of the comeback as United turned the game on its head four minutes further on.
Greenwood, superb throughout, shrugged off the half-hearted challenge of Tyrone Mings, rode another tackle and lashed in at the near post having been picked out by Aaron Wan - Bissaka.

Maguire and Rashford both went close to a third, but Villa remained a threat and almost equalised - albeit inadvertently - when Maguire's accidental back-header had to clawed away by Henderson. Substitute Cavani, on for Greenwood, proved his prowess in both boxes as he denied Anwar El Ghazi with a brilliant defensive header. 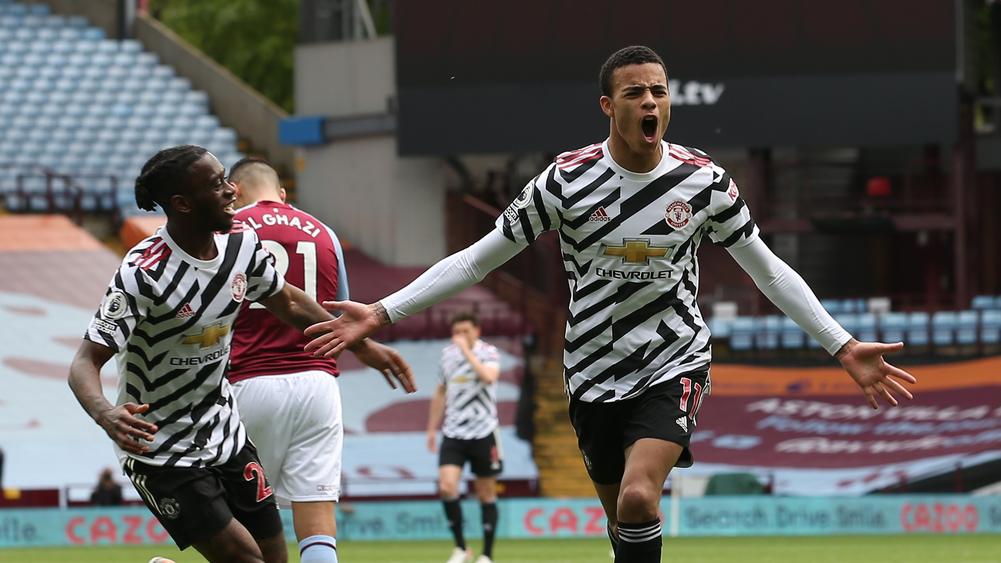 Despite having little to play for, Villa did not diminish and came close again as Wan-Bissaka shut out Watkins and Henderson saved well to deny Traore.
Perhaps slightly against the run of play, the Reds grabbed a third goal to seal the win and the points three minutes from time when that man Cavani clinically headed beyond Martinez from close range after Rashford had picked him out.

Villa's day went from bad to worse as Watkins was sent off for a second bookable offence for simulation after throwing himself to the ground having skipped beyond Henderson.

That proved to be the final action of the game as the Reds completed the double to reach 70 points and remain on course for a second placed finish.