Ole Gunnar Solskjaer's much-changed Manchester United side lost for the first time in 15 league games as Leicester City took a giant stride towards Champions League qualification.
The United manager was faced with an unprecedented schedule of three games in 72 hours and so made ten changes from the win at Villa Park, with only Mason Greenwood keeping his place. There were starts for teenage starlets Amad and Anthony Elanga, whilst Juan Mata, Nemanja Matic, Brandon Williams and Donny van de Beek added a sprinkling of experience to a rotated Reds XI. 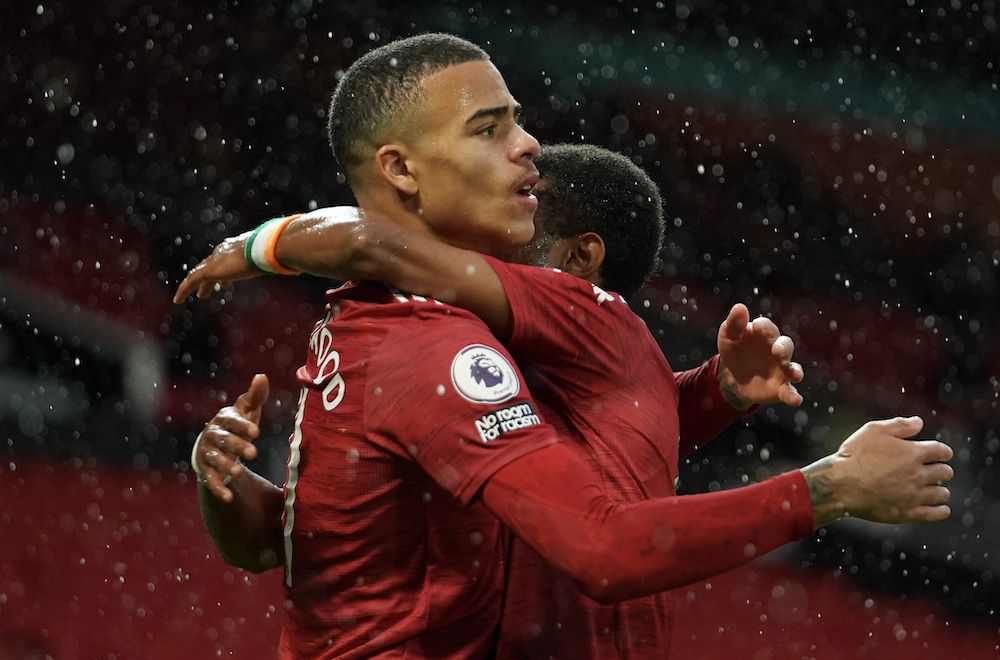 The victory confirmed Pep Guardiola's Manchester City as Premier League champions, although in truth it was a moment that has been coming for many months.  United's win at Villa Park had maintained faint hope of a late surge for the title, but it would have required a very unlikely sequence of events. Having already wrapped up a top four spot with the Villa result, you get the feeling Solskjaer and United would have been happy to take the 'L' here to push Thursday's opponents Liverpool further out of contention.

Luke Thomas had put Brendan Rodgers Foxes, four days away from their first FA Cup final since 1963, ahead inside ten minutes. Fellow 19-year-old Mason Greenwood equalised as the understrength Reds put up a spirited fight, only for Caglar Soyuncu to thump home a 66th-minute header which ultimately proved decisive at Old Trafford.

Inevitably, given United's much altered line up and their own need for victory, Leicester started strongly and went ahead with the first effort of the encounter. Youri Tielemans - the scourge of United in the FA Cup meeting between the pair - sent over a superb inswinger and Thomas met the ball with a dipping, thunderous volley high into the net beyond the helpless David de Gea.
It would have been easy for the hosts to crumble, but to our credit we hit back almost immediately and restored parity inside five minutes. Amad, on his league debut, created the goal with a run and cross to find Greenwood, and he turn swept home beyond Kasper Schmeichel for his eighth goal in eleven games on 15 minutes.

Jamie Vardy stretched the United defence and found himself one on one with De Gea only to be called back by referee Craig Pawson for a foul on the excellent Axel Tuanzebe.

That proved to be the last action of the half but Leicester gained control and pushed the Reds back after the restart, as United struggled to gain a foothold.
Greenwood had a header deflected wide from an Alex Telles set-piece, but Leicester otherwise dictated the game.

De Gea saved superbly from the in-form Kelechi Iheanacho having been put through by Tielemans and the impressive Wilfried Ndidi flashed a shot wide from distance.
Solskjaer sent on Edinson Cavani and Marcus Rashford in an effort to stem the tide, with 517 career goals between them but - before either could acclimatise - Leicester had gone ahead.

Turkish defender Soyuncu climbed above captain-for-the-night Matic and thumped home a header beyond De Gea from a Marc Albrighton corner in the 66th minute.
The visitors almost put the result beyond doubt seven minutes further on when strike partners Vardy and Iheanacho linked up, the latter crossed and Tielemans narrowly failed to touch the ball home as he slid in, painfully colliding with a post instead. 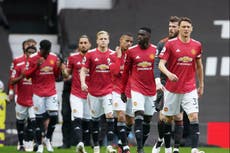 Bruno Fernandes was introduced with 12 minutes to go and the Portuguese playmaker had the only chance to salvage a point when he screwed uncharacteristically wide after neat link up play between Telles and Mata.

That was to be the last action of a slightly surreal contest as Leicester held on to secure a potentially pivotal win in the increasingly congested battle for a top four place. United are expected to be at full-strength for the visit of Liverpool in the re-arranged game on Thursday.

Overall team performance: 6/10. Great effort with the team we had.
United Faithful Man of the Match: Mason Greenwood