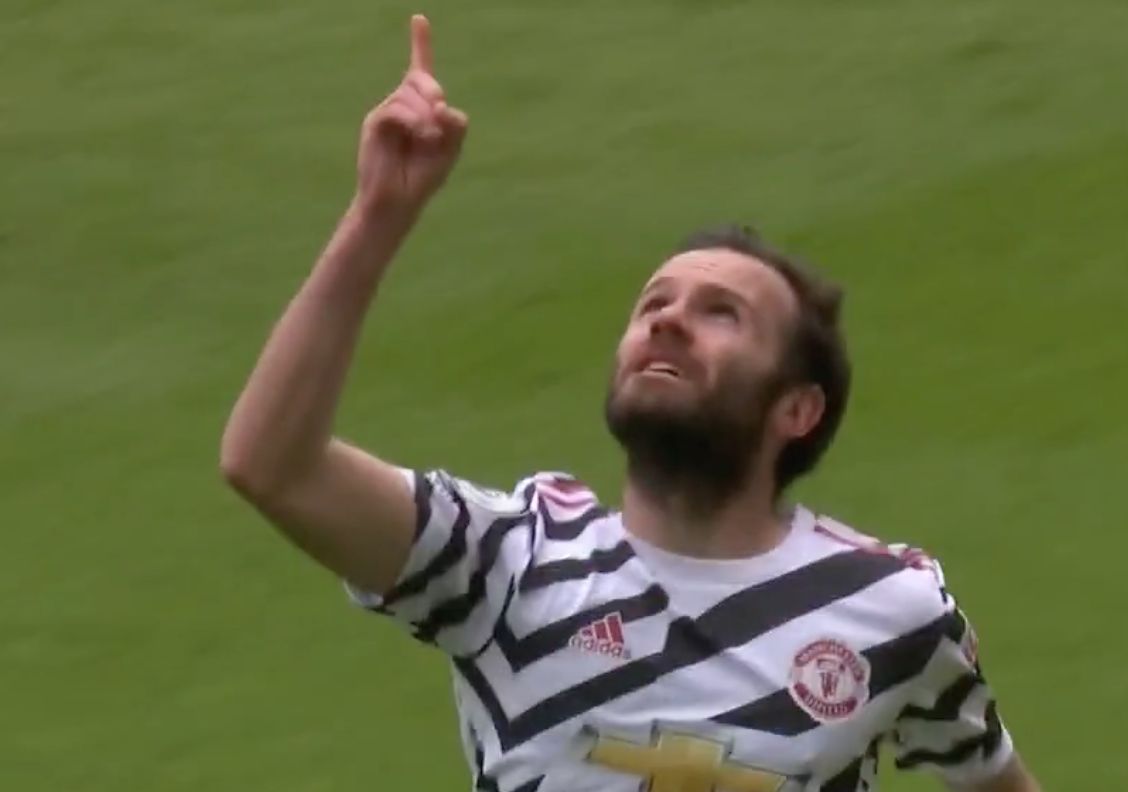 Juan Mata scored the winner on what could be his final United appearance as Ole Gunnar Solskjaer's Reds ended the 2020-21 league campaign with victory.
The Reds had long since secured second spot but completed an unbeaten away league season to finish on 74 points, 12 behind City's winning total of 86 and safely in the runners up position. Mata scored from the spot in first half stoppage time after Nelson Semedo had cancelled out Anthony Elanga's opener.

With Wednesday's Europa League final on the horizon, there were ten changes to the XI at Molineux with Axel Tuanzebe the only player to keep his place from the draw with Fulham. Daniel James returned to the team with Amad, Elanga, Brandon William and Donny van de Beek all given starts in a weak, young and much changed line up.

Wolves manager Nuno Espirito Santo somewhat surprisingly announced his departure on Friday, and fans returned to give their popular boss a heroic send off after seven years in charge - in which he has taken the Old Gold club from the lower reaches of the second tier to a European quarter-final.
Santo is the hot favourite to become the next Tottenham manager and has taken the west Midlands side as far as he can. After a stale and injury-ravaged campaign, Wolves finish in 13th place.

19-year-old Elanga had shown glimpses of his sparkling talent against Leicester on his debut earlier in the month, and the Swede was soon at the heart of things again. In a bright United start, Elanga narrowly failed to connect with a superb Alex Telles cross, before he blasted over the bar from close range after good work by the returning James. Like United, Wolves had nothing to play but would have wanted to deliver the perfect send-off for Santo. Traore almost did just that inside two minutes but dragged his shot across goal and wide inside the opening five minutes.

Having already gone close twice, Elanga brilliantly put United ahead on 13 minutes when he thumped home a superb header for his first senior goal after being picked out by James.

van de Beek flashed a shot wide and Amad forced a save from Rui Patricio, but the hosts equalised against the run of play five minutes before the break. The ball deflected into Fabio Silva and he moved it on to Semedo. He in turn fired on goal and beat Henderson at the near post, albeit with the aid of a deflection.

It was the Portuguese player's (is there any other kind at Wolves) first goal for the club but no sooner had they hit back than the hosts were on the back foot again.
United went close twice in quick succession as Patricio saved from Williams and Telles then volleyed over on the follow up from close range in a good response from Solskjaer's men.

That was not the end of the first half drama though. van de Beek went down under a challenge from Roman Saiss as the Wolves defender left his trailing leg out to trip the Dutchman as he shaped to shoot.
Referee Mike Dean somehow failed to spot the foul but, after the now customary VAR check, the decision was overturned and a spot-kick awarded. There could be few arguments as replays showed clear contact on van de Beek by Saiss with the United man clipped on the ankle - a challenge that will bring a spot-kick all day long in the modern game.

In the absence of our usual spot-kick king Bruno Fernandes, Mata stepped up and duly sent the keeper the wrong way to restore United's lead. In the poignant celebrations to follow, our no.8 pointed to the sky in memory of his late mother as he marked what could be a farewell appearance with a goal. Mata's contract is up in the summer and the ageing Spaniard is yet to renew his deal so, after 271 games, there remains uncertainty over his future at the club.

Most of the action came in the first half, with clear cut openings at a premium upon the resumption. Henderson held a header from substitute Willian Jose, but United sprung into action at the other end and should, in truth, have put the game beyond doubt.
Nemanja Matic found Amad and he in turn released James - clean through one and on and with only Patricio to beat. The Welsh wizard attempted to lob the advancing keeper, but he failed to connect properly with his shot and the ball rolled across goal and wide.

The Reds should have finished the tie as a contest but Wolves would not go quietly as United needed Tuanzebe to preserve his side's lead with 20 minutes to play. Tuanzebe thwarted Fabio Silva with the Wolves man clean through, and the same players were involved again as Tuanzebe twice blocked from Silva to strengthen his claim for inclusion in Wednesday's XI. 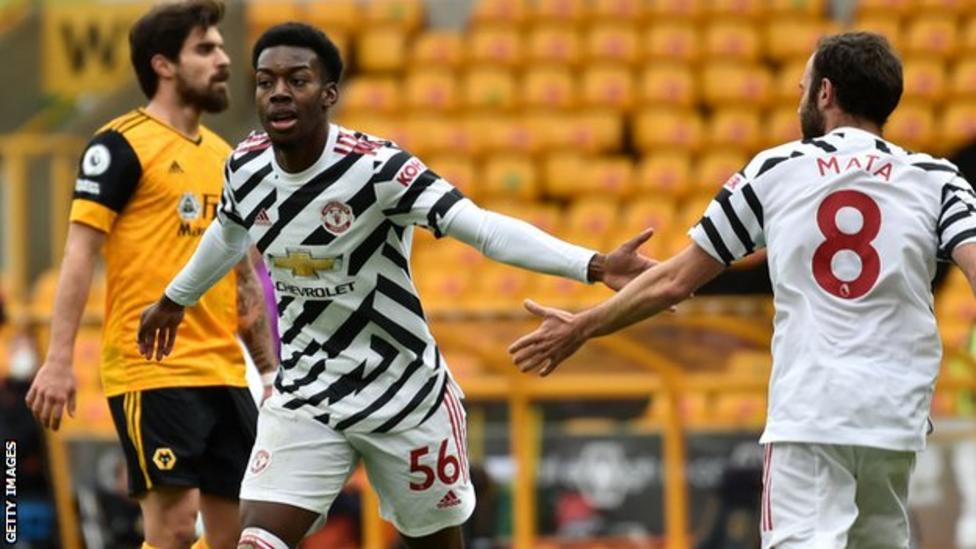 An already young United side became even more so when Hannibal Mejbri, 18, came on for his debut on 82 minutes while Shola Shoretire got another late cameo after his senior bow against Newcastle back in February.

There was to be another debut in the final seconds when centre-back Will Fish came on for James as Wolves pushed for a leveller.
Ruben Neves went close with a trademark effort from distance in a spell of late pressure from the hosts, but the Reds had done enough to close out victory and complete an impressive unbeaten season away from home.

All eyes now turn to Villarreal and Gdansk as United look to finish a season of progress with a trophy.

United Faithful Man of the Match: Anthony Elanga. A brilliant header and a constant menace
Overall team performance: 8/10. Superb win and great end to the season with the team we had

Posted by United Faithful at 16:36