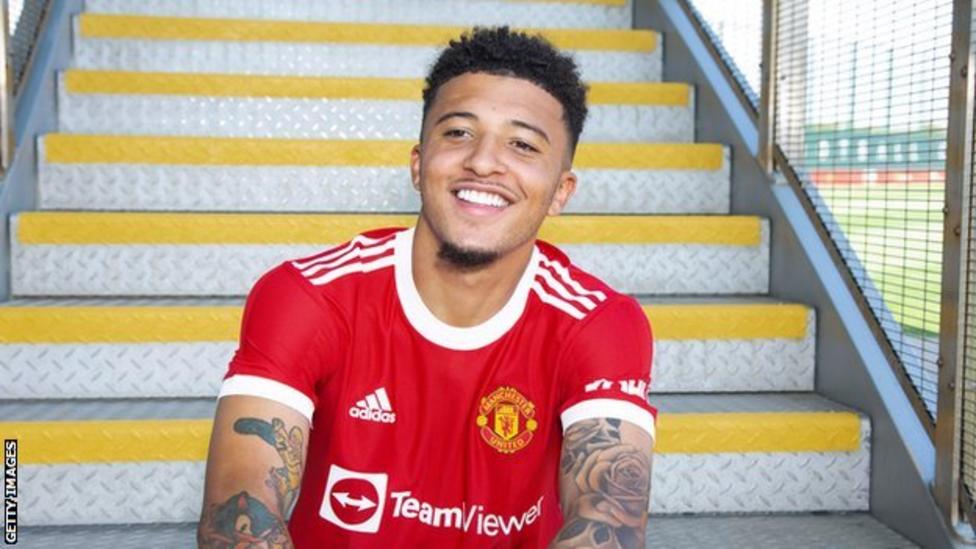 Manchester United have finally confirmed the much anticipated signing of Jadon Sancho from Borussia Dortmund for £73m.
After a two-year long transfer saga that saw talks for the player last summer break down when the two clubs could not agree a fee, the 21-year-old - long linked with a move to Old Trafford - put pen to paper on a deal until 2026 with the option of a further year.
The Reds have finally got their man to resolve the problem right-wing position, vacated by Cristiano Ronaldo in 2009 and not adequately addressed since. Only took us twelve years.

Sancho - for whom the deal was agreed on July 1 - becomes United's fourth most expensive summer signing (after Paul Pogba, Romelu Lukaku and Harry Maguire) and the second costliest English player of all time - behind only team-mate and new captain, that man Maguire.

Sancho, a former youth team player at Manchester City, said: "I'll always be grateful to Dortmund for giving me the opportunity to play first team football, although I always knew and hoped I would return to England one day.
"The chance to join Manchester United is a dream come true, and I just cannot wait to perform in the Premier League.
"This is a young and exciting squad and I know, together, we can develop further into something special to bring the success the fans deserve. I'm looking forward to working with the manager and his coaching team to further develop my game."

Sancho, widely regarded as one of the brightest young talents in Europe, scored 50 goals (64 assists) in his four seasons (137 appearances) in Germany, won the German cup and DFL Supercup (the equivalent of the Community Shield) and has been capped 22 times by England under Gareth Southgate having won the World Cup at U17 level in 2017.
Highly
technical, creative and brimming with pace and trickery, Sancho was the focal point of Dortmund's youthful attack and will look to reprise that role at Old Trafford - stationed on the right hand side to dovetail with stellar talents Bruno Fernandes, Cavani and England colleague Marcus Rashford. 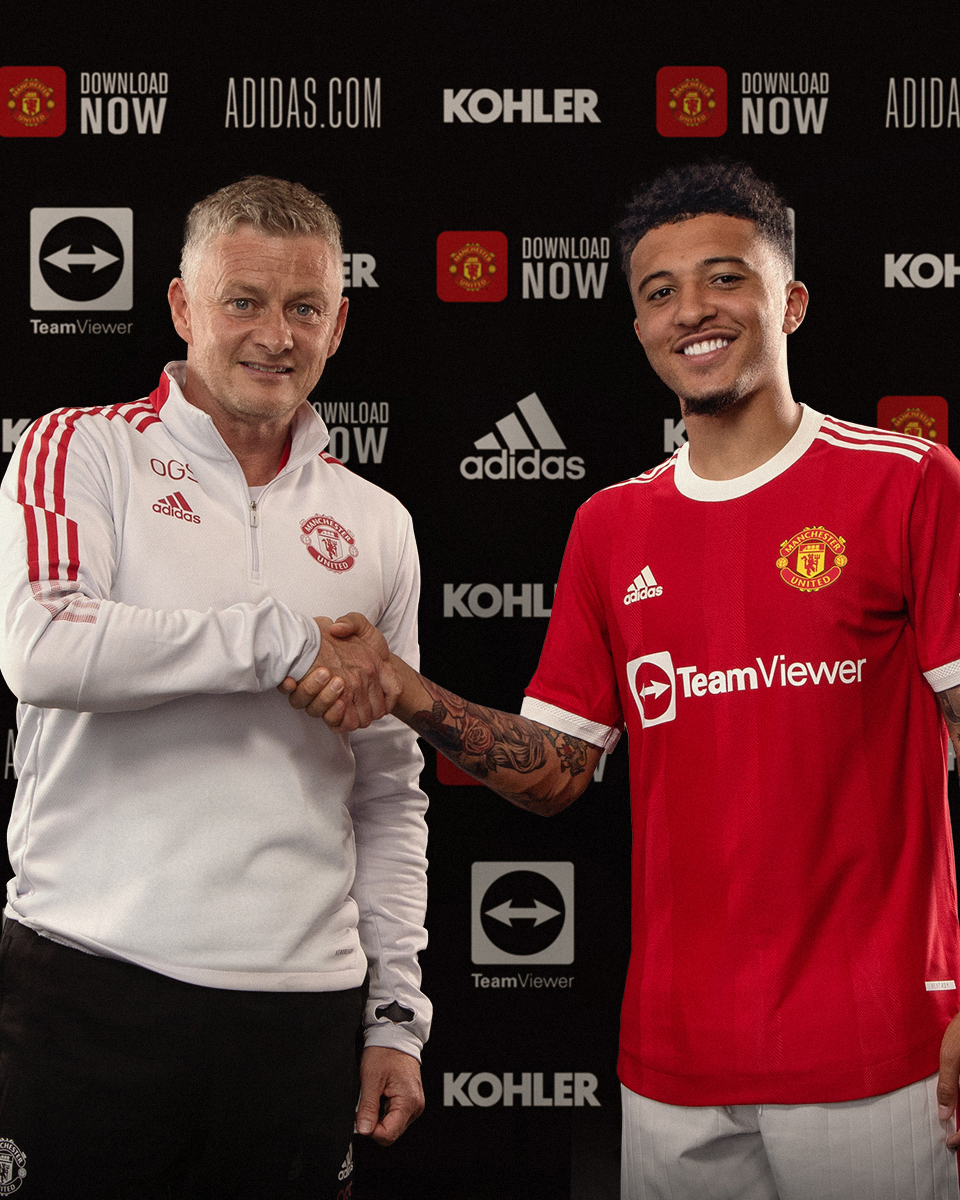 United boss Ole Gunnar Solskjaer told ManUtd.com: "Jadon epitomises the type of player I want at this club - he is brilliantly exciting forward player in the best traditions of Manchester United.
"He will form an integral part of my team for years to come and we look forward to seeing him blossom - there is no better place for him to unleash his considerable talent. His goals, assists and attacking influence records speak for themselves and he will bring us pace, flair, and impetus to my squad."

Sancho's arrival at Old Trafford completes the final piece of Solskjaer's attacking puzzle, with the problematic right-wing issues now consigned to the history books. Not since a certain chap by the name of Cristiano have we had a right-winger worthy of the name, but now Sancho - who will take up the no.25 shirt at the club - will mean we have a proper, top class, out-and-out right sided player for the best part of a decade to come. Sancho had been linked with the iconic, exalted status of United's famous no.7 but Edinson Cavani - whom currently occupies the hallowed epitome of excellence - will now retain that number.

United's newest recruit is currently on a well deserved holiday having played for England at the Euros but is expected to return in time to feature during pre-season ahead of our opener with Leeds on 14th August.

Welcome to Manchester United, Jadon Sancho. Welcome to the biggest club in the world.

Posted by United Faithful at 07:43