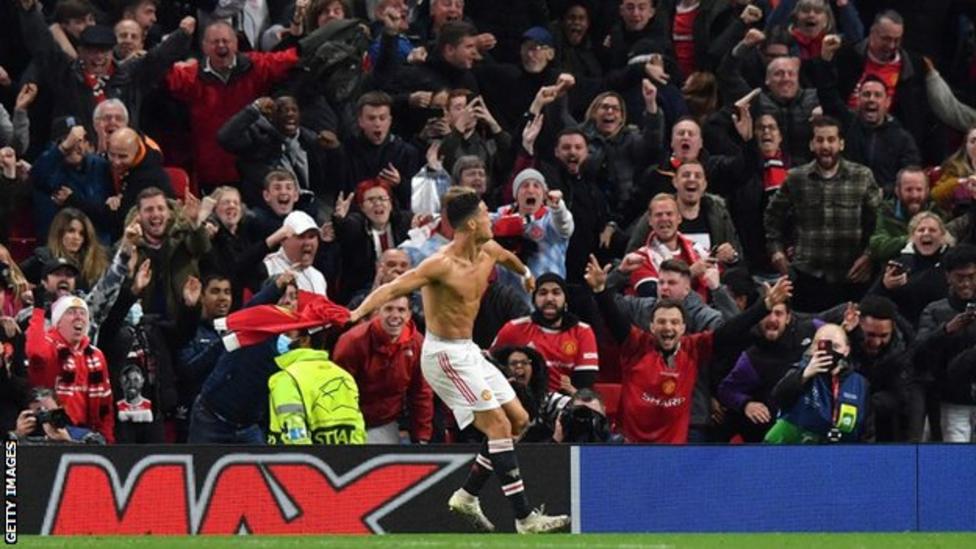 A late, late Cristiano Ronaldo winner kick-started United's Champions League campaign in a stunning finish at Old Trafford.
Having been on the end of a late and undeserved Villa goal on Saturday, this was something of a role reversal as Unai Emery's enterprising Villarreal side carved out a string of openings with the Reds indebted to David de Gea.

Having lost our opener to group minnows Young Boys, United had looked in trouble when Paco Alcacer put the visitors ahead to leave the Reds in danger of no points from two matches. But when Bruno Fernandes teed up Alex Telles to fire in a stunning volley, the stage was set - inevitably - for Ronaldo. United exacted revenge on for our Europa League final defeat in typically stirring fashion as our biggest name of all stroked home on the angle from a Jesse Lingard lay-off to spark scenes of wild celebration at Old Trafford,

Solskjaer was forced to shuffle his pack and name something of a makeshift defence with Diogo Dalot at right-back, Telles on the left and Victor Lindelof alongside Raphael Varane in the absence of the suspended Aaron Wan - Bissaka and injured duo Harry Maguire and Luke Shaw. Jadon Sancho came in on the left with Paul Pogba dropping into midfield alongside Scott McTominay.

Villarreal are renowned more for their defensive expertise so it was perhaps something of a surprise to see Emery's men attacking us with such vigour from the off.
De Gea had more reason than most to exorcise the ghosts of Gdansk, having failed to stop any of Villarreal's eleven penalties before he decisively failed from the spot himself. He was called into action after only six minutes here to deny the outstanding Arnaut Danjuma. The former Bournemouth player found himself one on one with DDG, but he fluffed his finish and fired straight at the United stopper.

The early stages were quickly become a duel between Danjuma and De Gea, as the former forced the latter into action again four minutes later. This time, it required a much more difficult save as our keeper plunged to his right to push away the winger's low curler. De Gea came to United's rescue yet again on 18 minutes, this time to keep out Alcacer as he saved superbly from the striker.

Ronaldo headed wide but the visitors continued to impress and saw more chances go begging. Ex-Liverpool player Alberto Moreno fired over, Alcacer put a shot wide and Yeremy Pino was denied by yet another De Gea save.

With a patched up defence under increasing pressure and the attack unable to test Geronimo Rulli, this was turning into another frustrating and difficult night for the Reds.
Despite being distinctly second best, United almost took the lead on the stroke of half-time when Pogba's searching crossfield ball, intended for Mason Greenwood, was cut out by the stretching Moreno and the ball came within inches of creeping in for an own goal only to trickle behind for a corner.

De Gea stuck out a hand to turn wide from Pino as the Reds made it to the interval on level terms.

You felt Villarreal would eventually take one of the chances to come their way and so it proved eight minutes into the second half. Danjuma got in behind Dalot for the umpteenth time and the resultant cross was poked in under De Gea by the onrushing Alcacer for a simple but potentially fatal opener.

Fernandes fired over in an instant riposte but the Reds were stung into action and hit back only seven minutes after we went behind. Greenwood was scythed down on the edge of the area on the right and Fernandes lofted set piece dropped perfectly into the path of Telles. The stand-in left back unleashed a rocket with Villarreal keeper Rulli unsighted and only able to react when the 25-yarder flew past him - a first United goal for the Brazilian in some style. 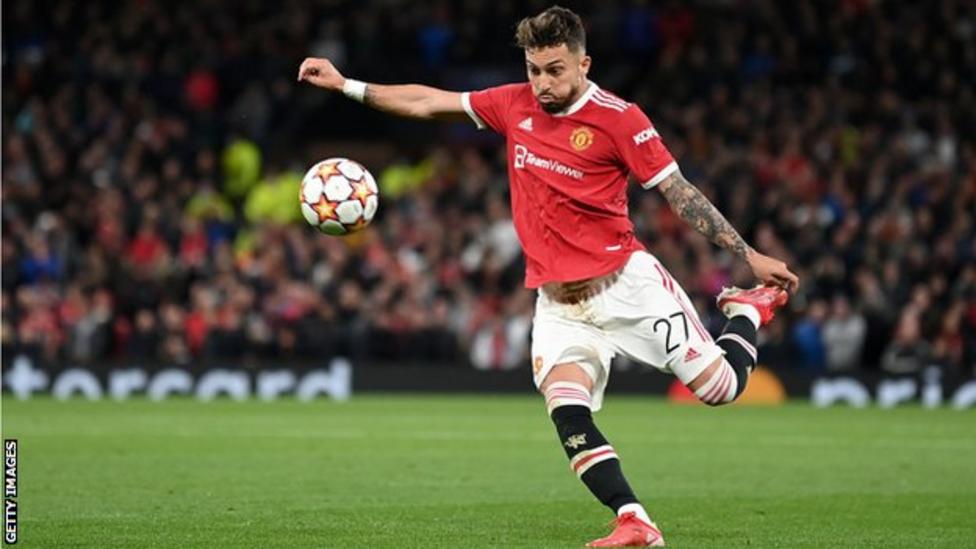 Substitute Edinson Cavani missed a sitter when he failed to connect with an excellent Greenwood cross, but the visitors went close again at the other end when a superb Telles blocked cleared the danger after a brilliant double save from De Gea to deny first Moi Gomez and then Boulaye Dia. Greenwood had an effort stopped by Rulli on the counter-attack in an increasingly end-to-end contest.

Ronaldo, on his record 178th appearance in the competition, had a quiet game by his standards but, as he has done so often, took centre stage to rescue United in a dramatic denouement.

Three of Solskjaer's substitutes linked up to match-winning effect as Cavani found Fred, moonlighting at left-back for the final few minutes, and he in turn found Ronaldo. CR7 knocked the ball down, Lingard poked it on and Ronaldo's strike flew beyond Rulli on the angle as Old Trafford erupted.