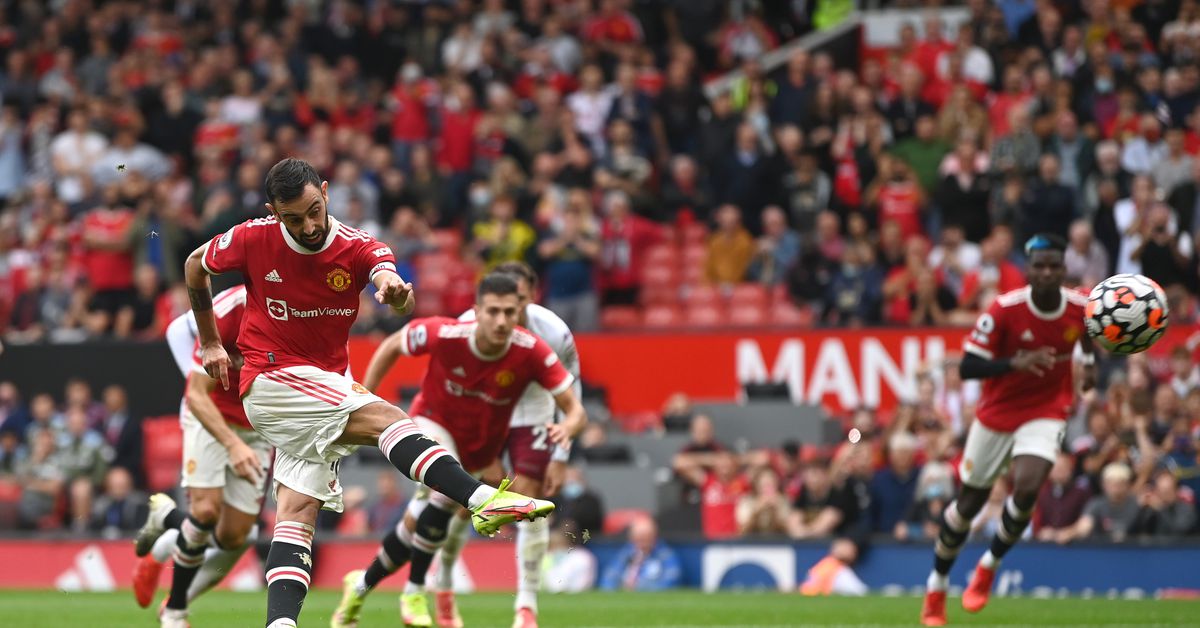 Kourtney Hause headed a dramatic late winner before Bruno Fernandes missed an injury time penalty in a thrilling finale at Old Trafford.
In a superbly see-sawing contest, in truth neither side did enough to win it but Hause - playing in lieu of Reds loanee Axel Tuanzebe - powered home a header from a corner two minutes from the end.
The Villa man then turned from hero to villain as he handled substitute Edinson Cavani's cross, only for the usually dead-eye Fernandes to abandon his normal technique and balloon the ball over the bar to condemn Ole Gunnar Solskjaer's side to a first league defeat of the season. To quite literally add insult to injury, United lost Luke Shaw in the first half and captain Harry Maguire midway through the game with the pair now both doubtful for the midweek European visit of Villarreal.

Solskjaer shuffled his pack as the rotated Reds returned to full strength for the visit of Dean Smith's Villains. Cristiano Ronaldo came back in up front, with Fernandes, Paul Pogba and Mason Greenwood restored to an XI showing eleven alterations.

Ole had demanded a response after the midweek League Cup KO and, initially at least, got one. Fernandes volleyed over having been picked out by Shaw and then drilled a free-kick into the wall. Ronaldo flashed a shot wide and the lively Mason Greenwood also went close having burst clear.

Despite the early pressure, United failed to settle and the visitors could, probably should, have gone in front after 22 minutes with the Reds given a mighty scare. Matt Cash burst beyond fellow full-back Shaw down the left and cut the ball back for the onrushing Matt Targett, but the Villa man failed to live up to his name and turned the ball over the bar from three yards when he should have done better.

If that was a let off, there was worse to come as United failed to heed that warning. David de Gea was forced to stretch out a foot to clear an errant Harry Maguire backpass and merely prodded into the path of the prowling Ollie Watkins. But De Gea redeemed himself to block the rebound to deny the Villa striker and preserve parity.
United's tempo had dropped off and, with Villa gaining in confidence, they went close again through Ezri Konsa as he headed narrowly wide from a Targett corner.

Pogba went inches of putting us ahead at half-time with a header of his own from a Raphael Varane flick on after a Fernandes flag-kick had picked out the Frenchman.

Maguire, despite clearly struggling with injury, remained in the thick of the action as he was hauled down by Konsa in the box shortly after half-time but referee Mike Dean remained unmoved.
Greenwood had a shot saved by Emi Martinez, before - seconds later - De Gea was called into action to deny Watkins superbly on the stretch.
Tyrone Mings blocked from Greenwood and United's no.11 then flashed another effort wide, before Pogba again tried his luck only for Martinez to prove equal to his daisy cutter.
Solskjaer introduced Cavani in search of a winner and the popular Uruguyuan was involved at both ends in the dramatic denouement. 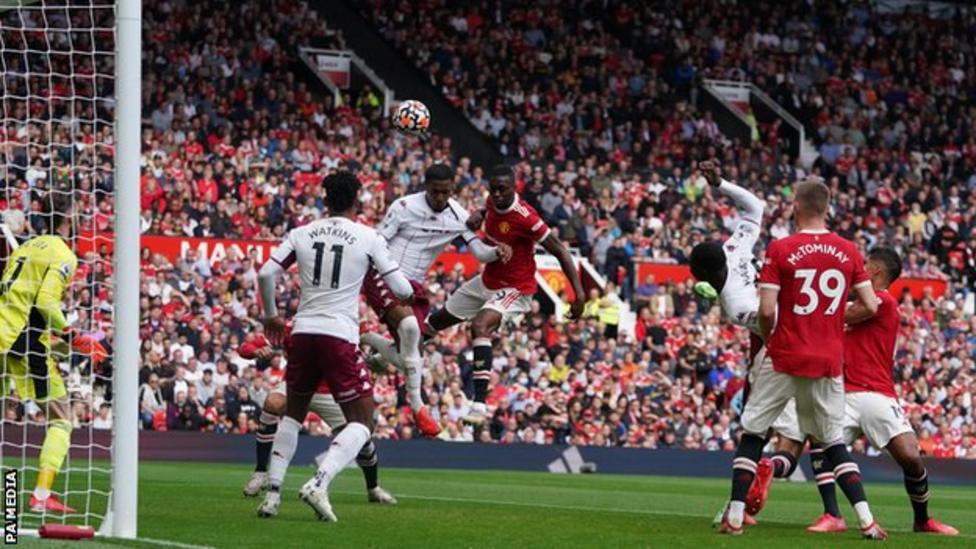 McGinn's deflected effort had earned Villa a corner and, from the resultant set piece, Cavani was outjumped by Hause as he powered his header on goal and beyond De Gea to put Villa ahead.

It was the same pair involved again in a role reversal as Fernandes' cross was glanced on by Cavani and his header struck the outstretched arm of goalscorer Hause. There was little doubt over the validity of the spot-kick, our first of the season, but our lifeline was squandered as Fernandes smashed the spot-kick high into the upper tier of a silenced Stretford End.