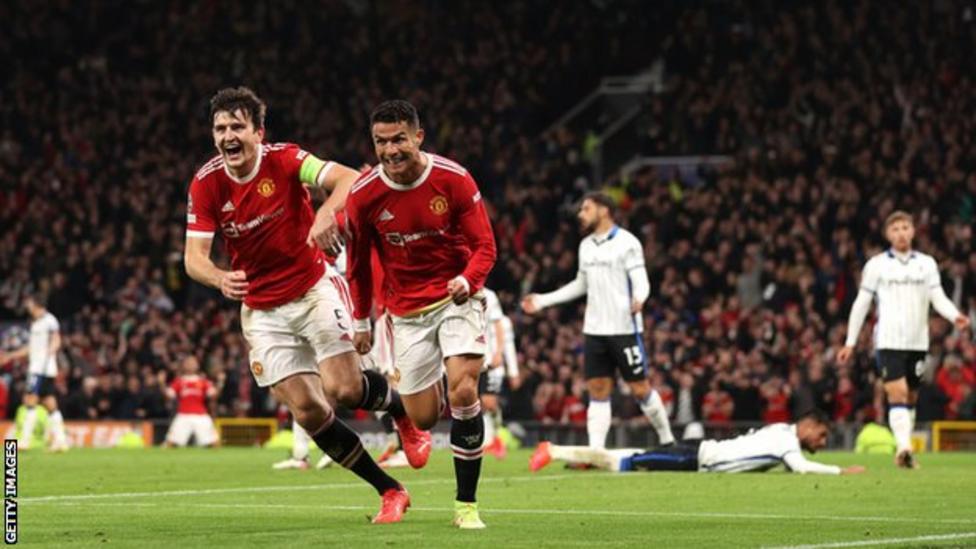 In truth, Ole Gunnar Solskjaer's side had dominated the game but missed a hatful of chances and somehow found themselves 0-2 down and bottom of the section at half-time.

You felt United had played well enough to muster something special as Marcus Rashford fired in a stunning Bruno Fernandes pass to reduce the deficit, before captain Harry Maguire swept in a leveller.

With time ticking down, up popped that man Ronaldo again to thump in a header from Luke Shaw's cross as Old Trafford erupted in the face of a United comeback for the ages.

Solskjaer made two changes from the weekend defeat at Leicester as Fred and Rashford were restored to the XI in place of Nemanja Matic and Paul Pogba.

It was the returning winger whom had the first sight of goal inside the first five minutes. A lovely pass from Bruno Fernandes picked out the onrushing no.10 but he could only pull the shot wide - although the goal would have been chalked out for offside anyway.

Gianpiero Gasperini's emerging, highly rated Atalanta side have caused problems for even the European elite and went ahead after 15 minutes, albeit in slightly controversial circumstances.
United were carved open with a typically slick passing move which culminated in ex-Chelsea man Davide Zappacosta finding Mario Pasalic and - despite more than a hint of offside - he slid home beyond David De Gea from close range.

Juan Musso saved well from Fred but United's response was brief as the men from Bergamo threatened a seismic upset with the second goal shortly before half-time.
United were undone from a set piece for the second time in as many games as Teun Koopmeiners picked out Turkish international Merih Demiral to evade both Maguire and Shaw and power home his header.

Fred flashed a shot wide, Musso saved from Ronaldo and Rashford fired a gilt-edged opening against the bar in a flurry of chances before the break.

United were staring down the barrel of a potentially fatal European reverse and the notion this wasn't to be our night only further grew two minutes after the restart. Ronaldo found himself one-on-one with Russo and the whole of Old Trafford expected the net to bulge, only for the Argentinian keeper to smother at the feet of the forward.

But then came the moment which had been coming when Rashford sparked the revival on 53 minutes. A wonderful pass from Fernandes found United's no.10 and he finished well across Musso for his second in as many games since returning from injury.

United were a team transformed and laid siege to the Atalanta goal as Scott McTominay rattled a post, Ronaldo had another effort saved and Maguire went close with a header. Atalanta could count themselves fortunate to retain a full compliment of players on the field when Ronaldo was hauled down by Matteo Lovato. It looked as though the centre-back was the last man - CR7 only had Musso to beat - but he escaped with only a booking. 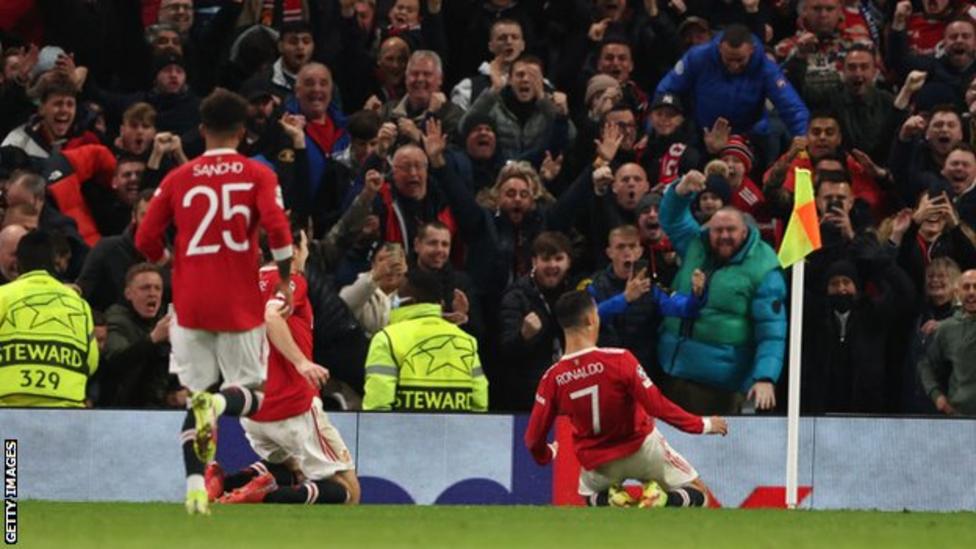 With the Reds almost entirely in the ascendancy, Solskjaer summoned Edinson Cavani and Paul Pogba in place of the limping Rashford, and McTominay.

Yet for all their pressure, United were almost indebted to De Gea - not for the first time this season - as he kept us in the game with a magnificent double save. First, he clawed away a 20-yarder from sub Duvan Zapata before the Spaniard sprung up to repel another replacement, Ruslan Malinovsky, on the rebound. Had either chance gone past him and in, surely there would have been no way back.

United's onslaught continued as Musso tipped wide to deny Fernandes and Ronaldo fired wide, but the pressure eventually told and we pulled level on 75 minutes. Captain Maguire popped up with a rare and much needed goal, his first in this competition, as he slammed in at the back post from a flighted Fernandes cross with Cavani perhaps getting the slightest of touches to flick the ball on.

A Reds winner seemed inevitable now with the increasingly frantic Italians losing both their heads and their discipline as four visiting players were booked.

Fernandes had a shot deflected narrowly wide but the stage was set - yet again - for his compatriot Ronaldo. Our talismanic figurehead rose like a salmon and seemed to hang in the air to meet Shaw's cross and steer his header beyond Musso as Old Trafford erupted.

Despite four added minutes, United deservedly held out for a huge victory as CR7 sunk to his knees and greeted the final whistle with a double fist pump. Another late show in the Champions League. Phew - never in doubt..