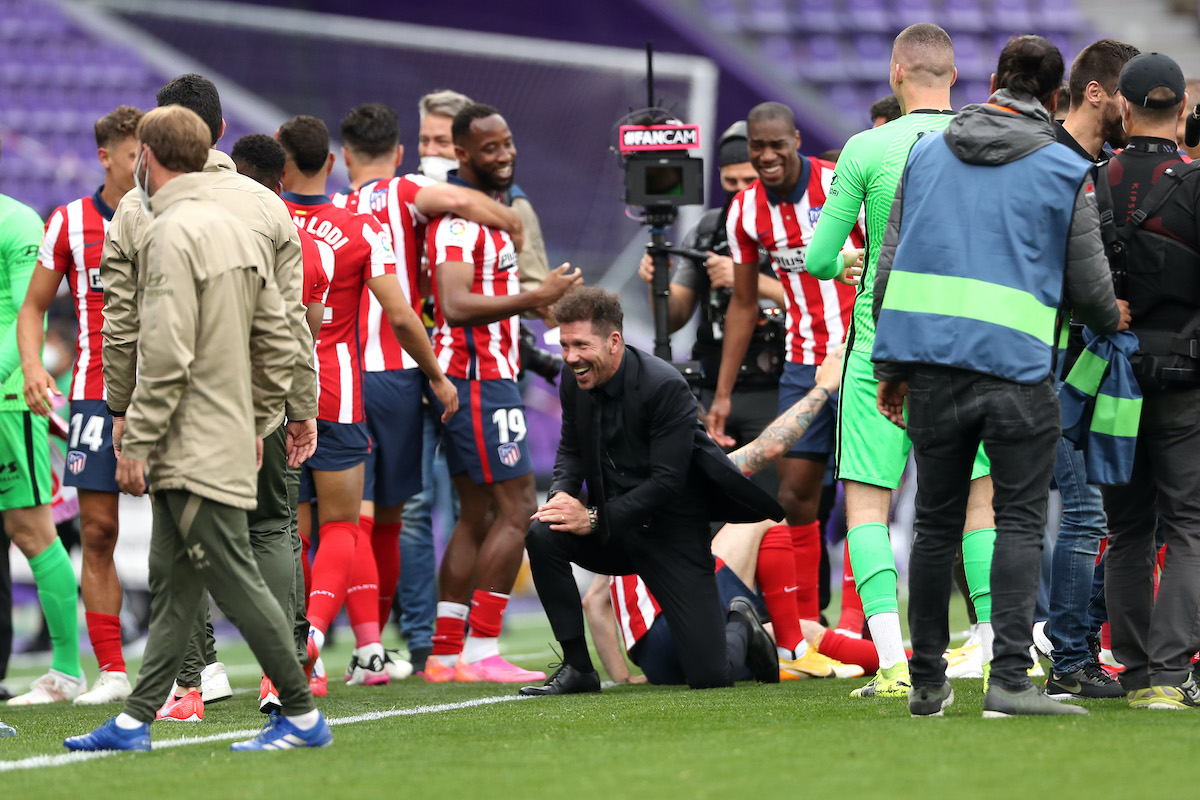 Manchester United will face Diego Simeone's Atletico Madrid in the last 16 of the Champions League after a redraw.

Ralf Rangnick's side were initially pitted with the might of PSG with Cristiano Ronaldo set to go head-to-head against his long time rival Lionel Messi, only for an administrative error to cast doubt on the validity of the draw, ultimately declared "null and void" by European football's governing body. United's ball was initially pulled out the pot against Villarreal but they were ineligible to face each other having met in the group stages - an eventuality UEFA said should have been prevented.

Unai Emery's Yellow Submarines were instead drawn with our cross town rivals and league champions     City.

Further confusion later occurred when United were missed out from the pot of possible opponents for Atletico Madrid with Liverpool included instead.

But this too was wrong as United could have played the Spanish champions and Liverpool could not, having been in the same group as Simeone's side.

It seemed like a stitch up with UEFA desperate to contrive a Ronaldo vs Messi game to bring in money and TV hits, but at least they came to their senses and justice eventually prevailed - a redraw was the only sensible, fair option even if - as I'm sure it was - the mistakes made were genuine. I would've been OK with PSG had the draw been done properly but there was no way they could leave it as it was.

UEFA later issued a statement in which they said a technical error with the administrative software caused the chaos.

It all begged the question: how can something so simple prove so difficult to do? But then that's UEFA - their ability to make a pig's ear out of the seemingly routine remains unrivalled.

When the restarted draw got underway, the Reds were still given a tough tie, but one better and more appealing than a match with Messi, Neymar, Kylian Mbappe and co. I'd definitely prefer Atleti rather than having to play PSG for the umpteenth time although it will be still be very difficult to get past a team known for their needle, organisation and pragmatism. Against Rangnick and his famed "gegenpressing" tactic, it will be a fascinating clash of styles. By then, the Reds will be finely tuned to their new interim manager's methods with a real contrast of football identikits from Rangnick and his opposite number Simeone.

As group winners and a seeded team, United will travel to the Wanda Metropolitano for the first leg of the knockout tie on 23rd February before we welcome the La Liga giants to Old Trafford a month later (March 15). Atleti are struggling for form having won the league last term but Simeone's penchant to make life hard for even the elite can never be written off.

The two sides have only ever met twice before in continental competition but never in the European Cup. Atleti ran out 3-0 winners in the 1991/92 European Cup Winners Cup with the return game all square, 1-1, at OT.

The away goals rule in all European matches has been scrapped with two-legged ties to be decided via extra-time and penalties if required.

Elsewhere in the revised draw, six-time winners Bayern Munich travel to Austrian side Red Bull Salzburg, whilst City play Sporting.
Benfica play Ajax, holders Chelsea host French champions Lille (as they did in the original draw), it's Villarreal against Juventus, Internazionale vs Liverpool (with nine European Cups between them) and the undoubted tie of the round as 13-time winners Real Madrid go head-to-head with fellow heavyweights PSG.