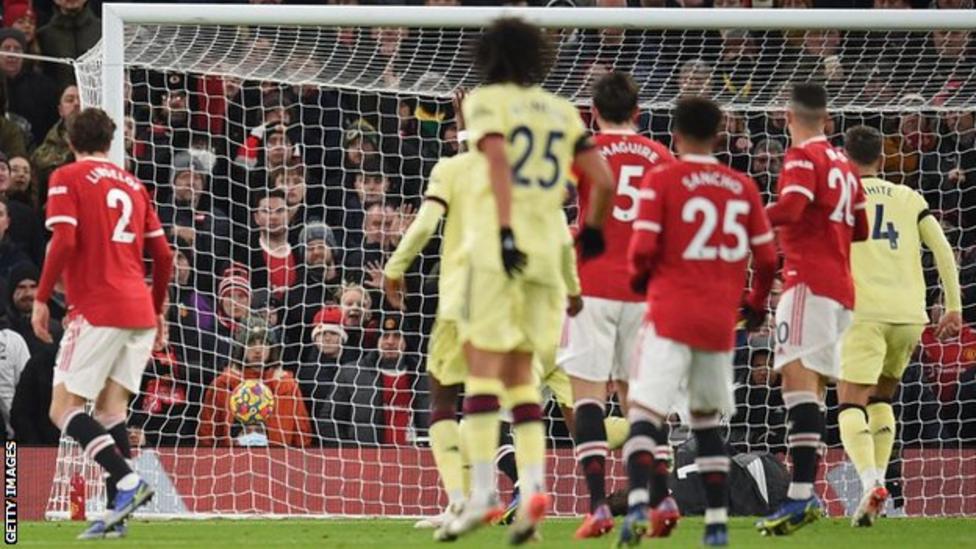 Cristiano Ronaldo hit career goals 800 and 801 to earn United a thrilling and deserved victory over old rivals Arsenal.
Emile Smith - Rowe's controversial opener put the Gunners ahead but Bruno Fernandes equalised before Ronaldo swept us ahead. Martin Odegaard's quickfire leveller restored parity but Ronaldo slammed home from the spot to give Michael Carrick victory in his last game in caretaker charge.

Carrick will now hand over to incoming interim Ralf Rangnick and will leave the club having held the fort admirably and to his credit, following Ole Gunnar Solskjaer's sacking. Carrick's departure ends a 15-year association with the Reds with our former midfield maestro having picked up two wins and a draw from his brief three match stint at the helm.

There were three changes from the side that drew in the capital on Sunday with captain Harry Maguire - available again after suspension - coming back in to the defence ahead of Eric Bailly. Cristiano Ronaldo returned up front and Diogo Dalot came in at right-back with Aaron Wan - Bissaka carrying a knock.

Mikel Arteta's side forced a flurry of early corners without causing undue alarm, but United went close on the counter attack as Fernandes found Jadon Sancho whom in turn found the Portuguese with a reverse pass, but Ben White cut out the danger.

Ronaldo flashed a shot wide and the excellent Dalot saw his low effort held by the in-form Aaron Ramsdale before the visitors took the lead in contentious circumstances.
David de Gea went down injured after he collided with Fred from a corner and the ball was cleared but - despite the prone stopper lying on the turf - Smith - Rowe fired into the empty net with VAR allowing the goal despite referee Martin Atkinson blowing after the ball had crossed the line.

United felt play should have been stopped and were incensed by the visitors lack of sportsmanship in another fiery flashpoint in this iconic fixture.
Ronaldo's acrobatic strike was cleared by White and the returning Maguire had a couple of chances too when he let fly from distance with a shot that cleared the bar then another saved well by Ramsdale.

Just when it looked as though the Gunners would hold their slender advantage at the interval, United restored parity with a superb crafted leveller. Fernandes swept home his first goal in 15 games at the culmination of a flowing team move involving Fred and Sancho. 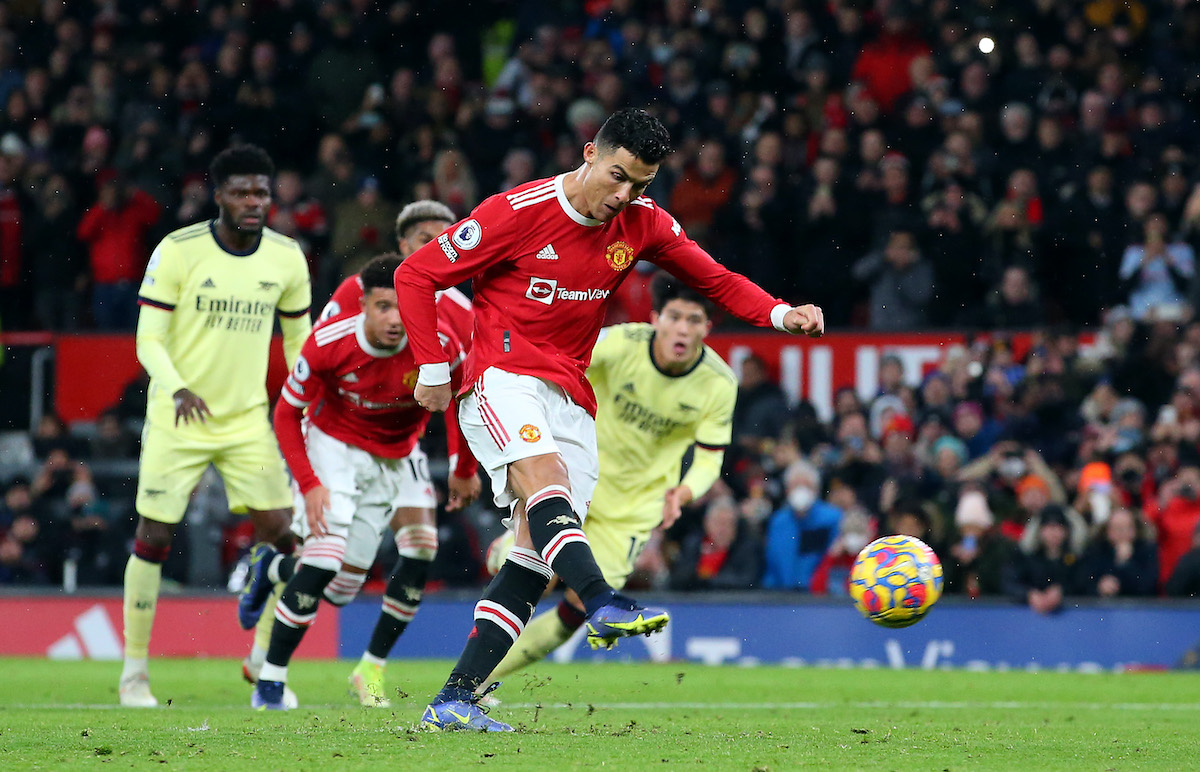 De Gea saved well from Gabriel's header before Ramsdale was called into action at the other end to deny first Ronaldo and then Rashford in a breakneck start to the second half.

The pair then combined to put United ahead in the 52nd minute. Dalot's stunning cross-field pass picked out Rashford and he cut the ball back for CR7 to fire in beyond Ramsdale for career goal no.800. But no sooner had the celebrations died down, Arsenal doused the fire with a brilliant strike of their own.

Mohamed Elneny found Gabriel Martinelli and he forced Alex Telles inside to create space for a cross, seized upon by Odegaard to sweep in an immaculate low finish beyond De Gea only 90 seconds after Ronaldo's goal.

De Gea saved from Gunners captain Pierre - Emerick Aubameyang - although he was offside anyway - and another header from the striker proved no problem for the United keeper.
Much like Fred, Odegaard then turned from hero to villain when he scythed down the Brazilian in the box. Despite being only five yards away and with an unobstructed view, referee Atkinson somehow needed VAR to award the spot-kick despite damning evidence showing the Arsenal man had got nothing on the ball.

Ronaldo stepped up for only United's second spot kick of the season and made no mistake with an unerring finish straight down the middle to restore our lead.
Substitute Bukayo Saka had a shot deflected wide and Jesse Lingard, who had also come on, could have added a fourth but fired into the side netting.

In the end, United held out for an important victory in front of the watching Rangnick who will take charge of the Palace game on Sunday.

Posted by United Faithful at 16:35