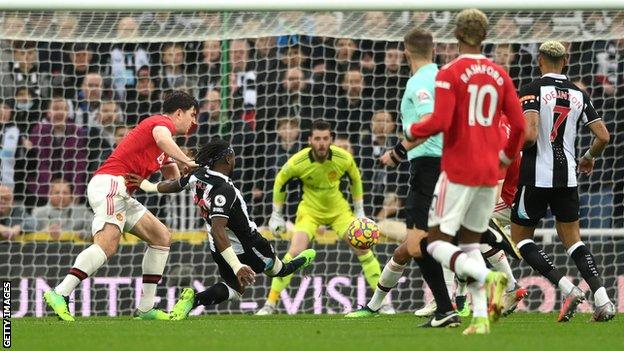 Manchester United were spared defeat on their return to action through substitute Edinson Cavani's second half leveller.

After a 16-day hiatus following a Covid outbreak at Old Trafford which saw the postponement of our games with Brentford and Brighton, United were second best for long spells against Eddie Howe's lowly but improving Magpies side.

The Reds remain unbeaten under Ralf Rangnick and have certainly improved in defence, but these will surely be the only two positives the hard-to-please German will take from his side's trip to the north east. Whilst there may have been a degree of ring rustiness, an error-strewn
United will have expected better and were indebted to a save-of-the-season contender from David de Gea late on to deny Miguel Almiron and ensure we didn't - at least - leave empty handed.

The Reds last played at another struggling opponent in Norwich City - a game won by a goal to nil - and there were two changes from that XI as Raphael Varane returned in lieu of Covid positive Victor Lindelof, and Mason Greenwood came in for Jadon Sancho.

It was an error from the rusty Varane which led to Newcastle's early seventh minute lead. Sean Longstaff - so often the scourge of our team - channelled his inner Andres Iniesta to dispossess the Frenchman and fed star man Allan Saint - Maximin. The Magpies flying forward did the rest as he cut inside Harry Maguire and thumped a rising drive beyond the stranded de Gea and in.

The much-malinged Joelinton flashed a shot wide and Saint - Maximin's dangerous delivery narrowly evaded the onrushing Callum Wilson in a fast start from the relegation-threatened hosts.

But United slowly began to gain a foothold in the contest and carved out a chance through our Portuguese connection as Bruno Fernandes found Cristiano Ronaldo but he uncharacteristically skewed off target.

Wilson and Saint - Maximin linked up again as the latter found the former to sweep in from close range but Newcastle's centre forward was flagged offside. 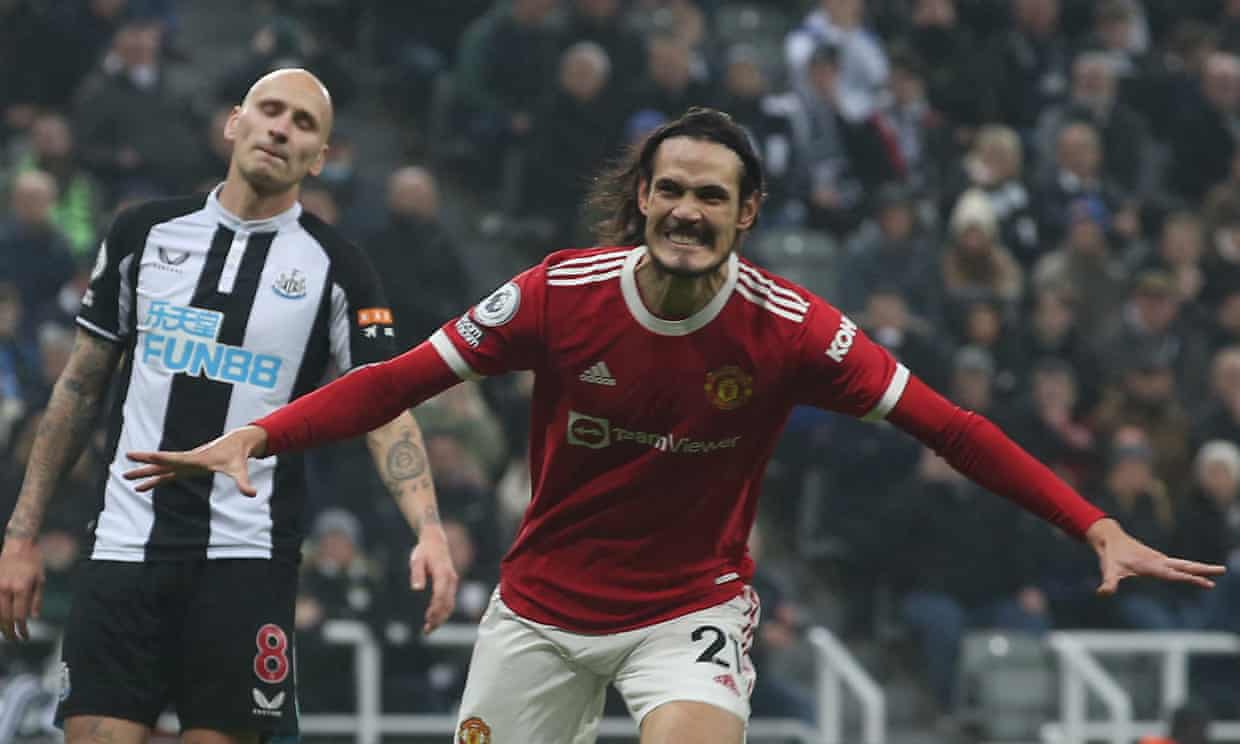 Martin Dubravka had little to do but was called into action to hold Greenwood's free-kick and preserve his side's slender lead at the interval.

Rangnick had seen enough and made two changes for the second half with Cavani and Sancho on for our no.11 and Fred.
De Gea saved superbly to somehow deny Saint - Maximin from point blank range before Dubravka kept out Rashford as he tipped over from distance at the other end after United's no.10 had briefly come to life.

The Reds were much improved after the interval and went close twice in quick succession through Cavani - who fired wide - and then Ronaldo's header was well stopped by Dubravka.
Despite our increased threat, Newcastle still looked dangerous on the break with De Gea needed to claw away from Ryan Fraser and then again to block well to keep out the impressive Saint - Maximin.

The Frenchman had ridden roughshod over United right-back Diogo Dalot, given a torrid time up against Saint Maximin's pace, power and trickery. To his credit, though, Dalot improved in the second half and was involved in the move which helped get us level.

His cross into the box found Cavani and, although the Uruguayan marksman's initial effort was blocked, the ball fell kindly for him to toe-poke home beyond Dubravka at the second attempt - the veteran striker's second goal of an injury-disrupted campaign.

He almost put United ahead against the run of play on 75 minutes but captain Jamaal Lascelles did well to recover and clear off the line.
It seemed as though the Reds would lay siege to the Magpies goal in the face of a tiring opposition low on confidence as we chased the winner despite an underwhelming showing.

But, alas, it was Howe's men whom could count themselves unfortunate not to win it as the clock ticked down.

With three minutes left, replacement Jacob Murphy thumped an effort off a post and the ball ricocheted to another South American substitute, Almiron. He let fly with a dipping, 20 yard curler but de Gea somehow flung himself full length to remarkably tip the ball away with his fingertips and prevent a first defeat for Rangnick.

The Reds are seven points behind fourth-placed Arsenal although have games in hand on all but one of the teams above us.