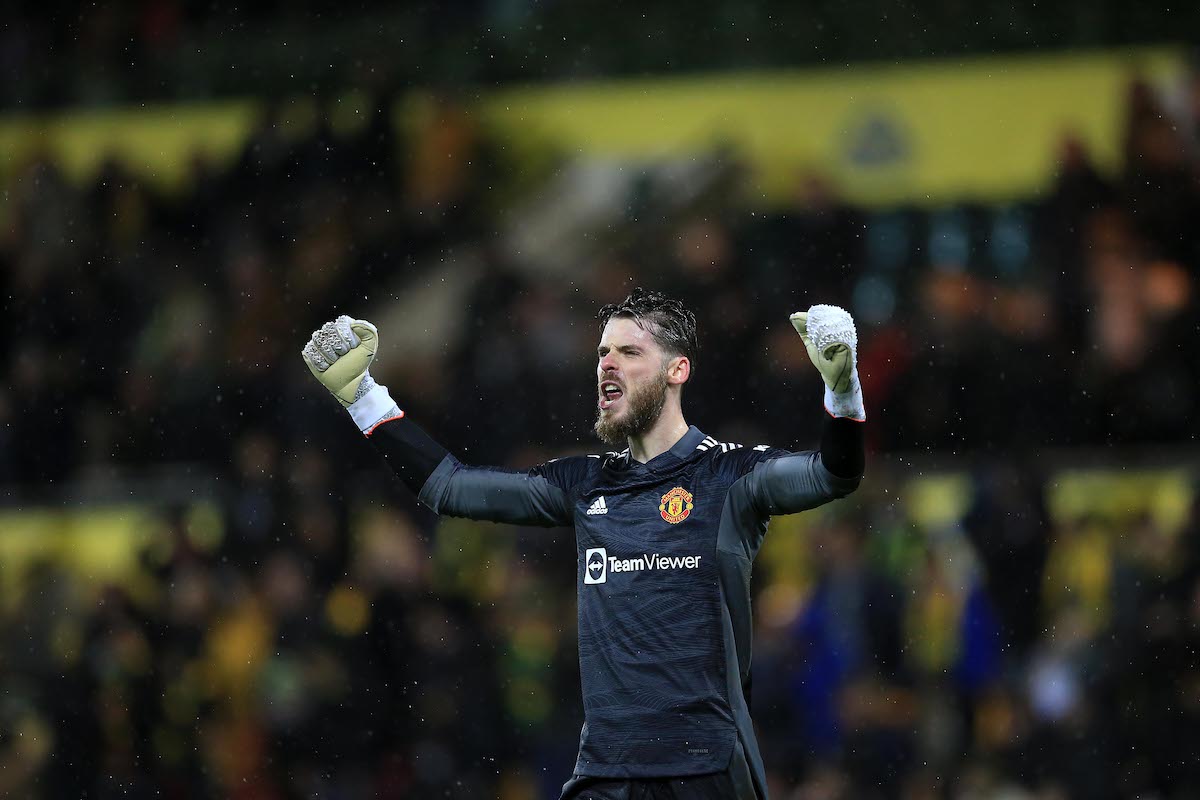 The Portuguese was choke slammed to the turf by Max Aarons as he rose for a cross and sent Tim Krul - so often the scourge of United - the wrong way to settle the contest.

In truth, the struggling Canaries belied their lowly status with a performance of fight, character and spirit but Dean Smith's side were ultimately punished for their profligacy. In the end, United were indebted to another virtuoso display from the in-form David de Gea who saved from Teemu Pukki and Ozan Kabak to help us to a second successive clean sheet.

Rangnick made eleven changes to his line up as he reverted to the XI which beat Crystal Palace in his first game in charge. Smith was forced into a makeshift selection through injury, Covid issues and ineligibility.

Norwich captain Grant Hanley blocked a Scott McTominay effort early on before the Canaries injury problems worsened with the skipper forced from the field on 21 minutes to be replaced by Jacob Sorensen.
United then came within inches of the opener when we won a free-kick as a result of the high press. Alex Telles whipped the ball over the wall but it took a slight deflection on to the bar and away to safety.
Polish winger Przemyslaw Plachet (try saying that after a pint or three) - on his first start of the season - picked out Pukki from which United cleared their lines before Diogo Dalot, now firmly established as Rangnick's first choice right-back, had a daisy cutter held by Krul at the other end.

The Norwich stopper continued to keep out United as he beat away a dipping effort from Ronaldo eight minutes shy of the interval.
Lukas Rupp sent his header wide and then Maguire also popped up with another header only for Krul to tip over and preserve parity at the interval.

De Gea saved well from Placheta and Kabak thwarted Marcus Rashford with a lunging challenge as United found in harder than they perhaps expected against the Premier League's bottom side.

De Gea came to United's rescue again with a stunning one handed stop to deny Pukki before Rashford fired into the side netting on the counter after a flurry of Canaries corners.
Mason Greenwood was introduced as we searched for the elusive winner and Victor Lindelof then also had to be replaced with breathing difficulties.

But before Eric Bailly could be brought on, United were awarded a spot-kick. Aarons grabbed Ronaldo around the throat and choke slammed him to the turf to leave referee Darren England with little option but to award the penalty.

Ronaldo, just as he did against Arsenal, slammed the penalty high into the roof of the net to unleash his iconic celebration in front of the away end with 15 minutes to go. 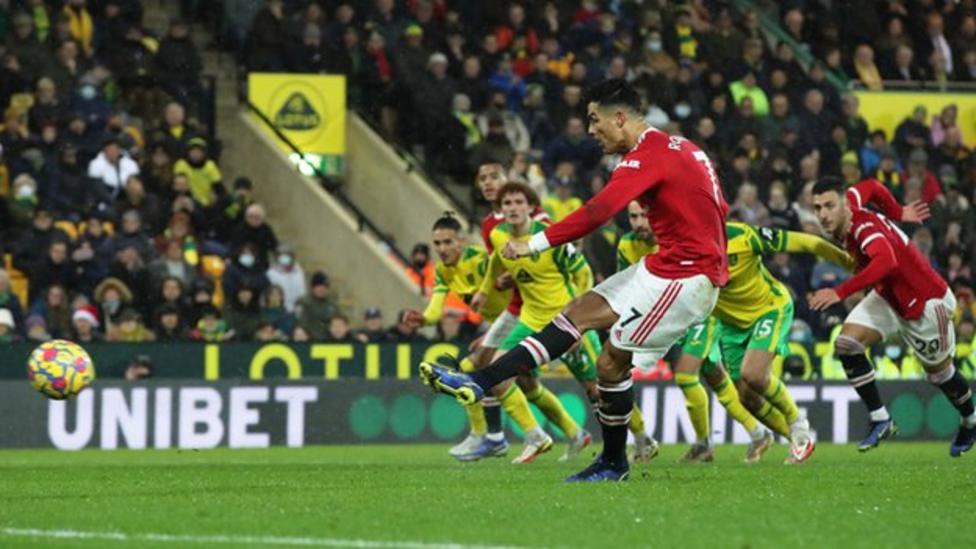 Another superb De Gea stop denied Kabak shortly afterwards with blocks from Dalot and Bailly thrown in for good measure as Norwich put us under late pressure.
For all their impetus, United could - and probably should - have put the result beyond doubt four minutes from time as a rare moment of quality from Rashford found Ronaldo with the goal gaping but he uncharacteristically skied over the bar when it looked easier to score.

That kept Norwich in the game and they almost snatched a deserved point at the death when De Gea clawed substitute Pierre Lees - Melou's header off the line, although replays showed he was offside anyway.

United held on to move up to fifth place, one point below place-above West Ham ahead of our trip to Brentford on Tuesday.

Posted by United Faithful at 16:43