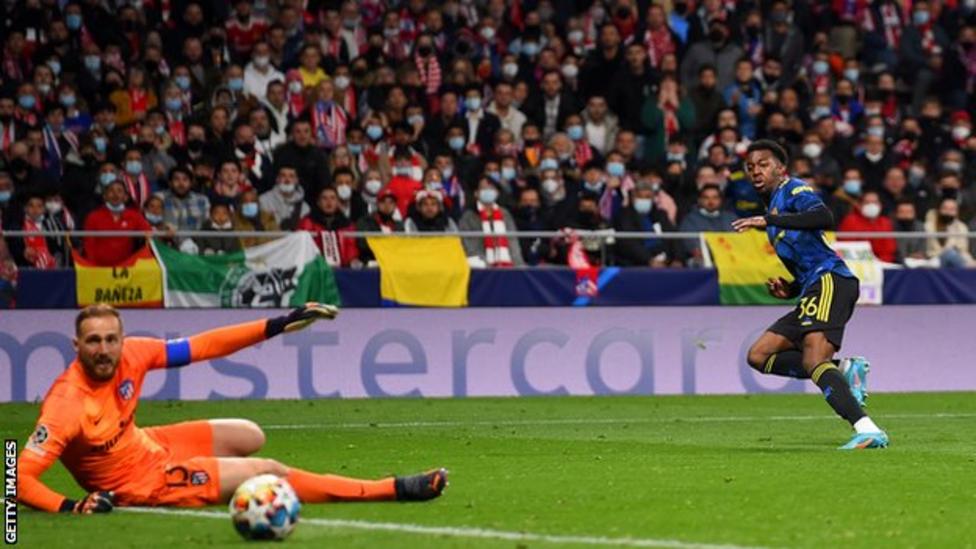 Anthony Elanga stepped off the bench with a late leveller as Ralf Rangnick's Reds rallied to draw in the first leg of our last 16 tie.

Joao Felix had put Diego Simeone's infamously streetwise La Liga champions ahead, and United were distinctly second best for most of the game until Elanga popped up to sweep in a Bruno Fernandes through ball with ten minutes left.

There's no away goal in this season's competition with the rule having been abolished by UEFA but the Reds will be delighted to go back to Old Trafford on level terms with the second leg to be played in M16 on the 15th March.

Elanga had only been on the field for six minutes having replaced Marcus Rashford when he raced on to a perfectly weighted pass from Fernandes to roll in beyond Jan Oblak with his first touch.
Until that point, you got the feeling United would have settled for 0-1 with Simeone's savvy side demonstrating a masterpiece in how to control a game without dominance or the ball.

There were three changes from the 4-2 win at Elland Road as Raphael Varane, Fred and Rashford came in to the side in place of Aaron Wan - Bissaka, Scott McTominay and Jesse Lingard. Lindelof surprisingly started at right-back in Rangnick's 4-3-3 with both recognised right-backs - Wan - Bissaka and Dalot - on the bench.

On our first ever visit to Atleti's Wanda Metropolitano, Lindelof blocked well from tough-as-teak centre back Jose Gimenez before the hosts - roared on by a partisan crowd - went ahead in the seventh minute.
United cleared a corner but eye-catching wing-back Renan Lodi recycled the ball and picked out Felix, whom still had a lot to do but powered home a stunning header via the post to leave David de Gea with no chance.

Fernandes saw his effort deflected behind for a corner, but that proved our only real effort of note despite dominating the ball, as we were unable to break down the rigid organisation of Simeone's team.

Cristiano Ronaldo - scorer of two hat-tricks against Atleti - dragged a shot wide but United almost fell further behind on the cusp of half-time through Marcos Llorente when he headed off the bar after a cross came off Lindelof and into his path.

The same player flashed wide with a 20-yarder but the hosts continued to frustrate with clear cut opportunities at a proverbial premium.
Fernandes had another shot blocked and the below-par Rashford fired over the bar in the second half before Fred almost caught out Oblak but the Slovenian managed to hold on to the ball when under pressure from the little Brazilian.

Ronaldo went close with a free-kick with United growing into the game, helped by the introduction of impressive substitutes Alex Telles and Nemanja Matic. The veteran Serb controlled the midfield and got United higher up the pitch with the Brazilian left-back also catching the eye with his pace and crossing having come on for Shaw. 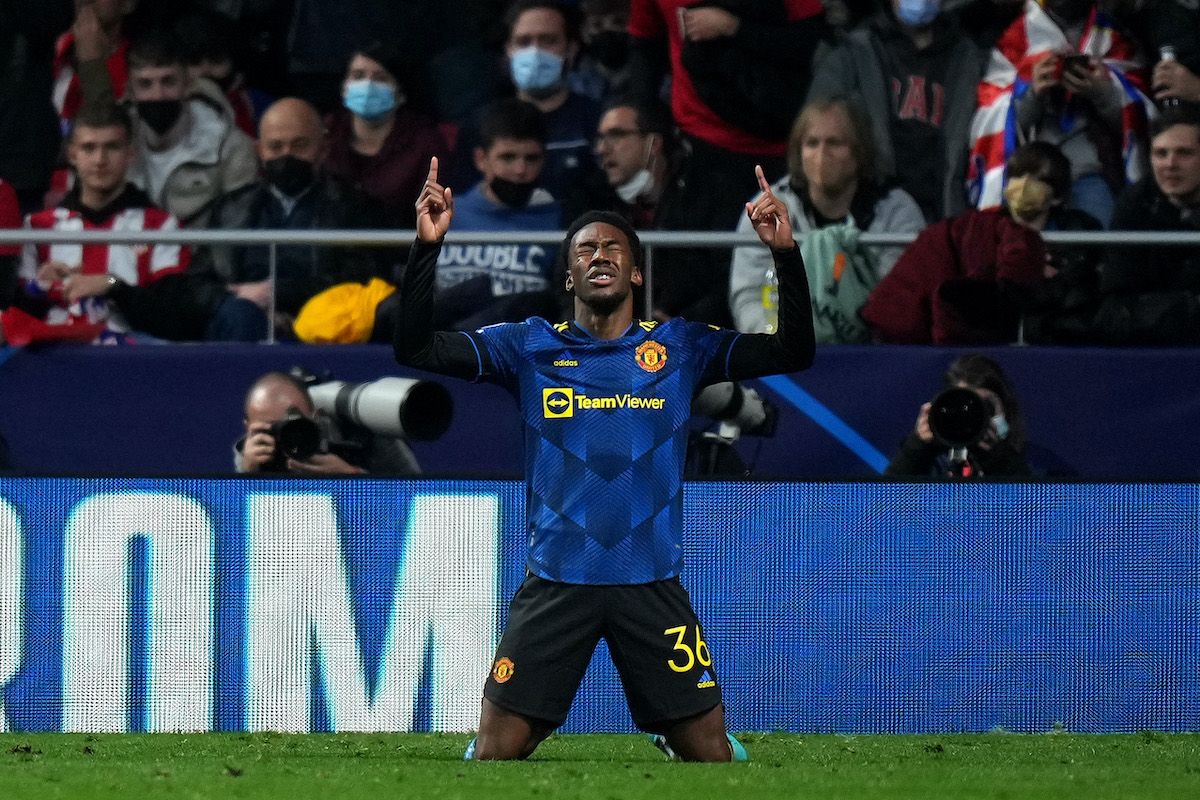 Elanga was introduced in the 75th minute and immediately ran in behind - an option which had been conspicious by its absence up until then.
It did not take long for him to find the finishing touch: United broke forwards through Wan - Bissaka and Fred as the latter found Fernandes to thread an eye-of-the-needle pass into the onrushing Elanga to calmly fire in beyond the advancing Oblak.

Another substitute, Antoine Griezmann, curled off the upright at the other end late on before yet another replacement, Jesse Lingard this time, could have won it for us in stoppage time only to be denied by a good save from Oblak.

And so it was our first Champions League knockout tie in three years ends honours even with the tie on a knife edge at half time ahead of round two at Old Trafford.