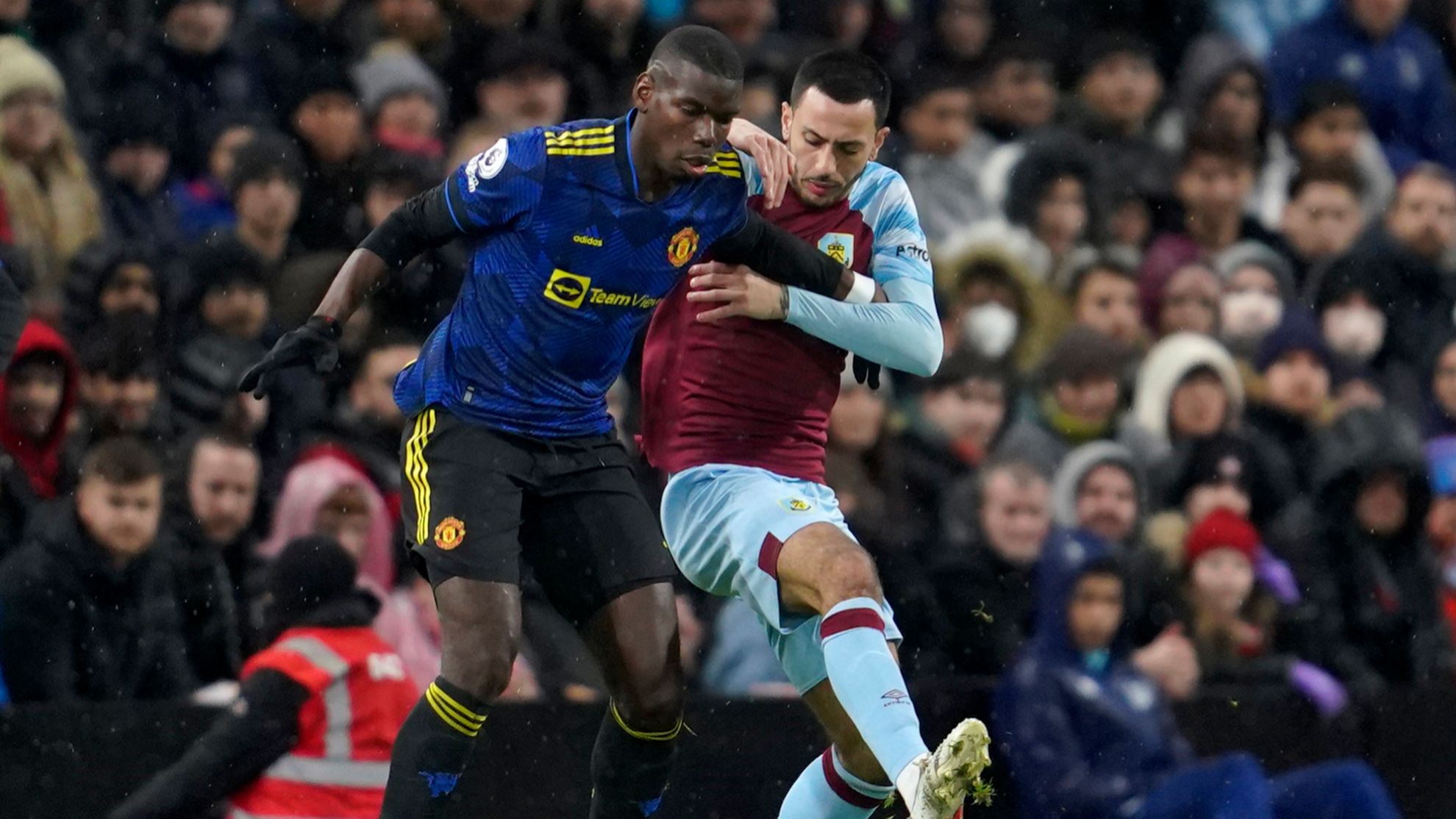 Ralf Rangnick's Red had two goals disallowed when Harry Maguire was adjudged to have blocked off Rodriguez as Raphael Varane looked to have scored his first United goal. Another goal was chalked out when Josh Brownhill turned into his own net after Pogba supposedly fouled Ben Mee in the build up.
New Burnley signing Wout Weghorst should have been sent off when he lunged in on Scott McTominay but Mike Dean never gives us anything so it shouldn't be a surprise. It's all one big con.

Rangnick made one change from the previous match with Middlesbrough as Edinson Cavani returned to the starting XI and Cristiano Ronaldo dropped to the bench. Brazilian duo Fred and Alex Telles were both sidelined through illness so McTominay and Shaw retained their places.

In atrocious conditions at the home of our struggling Lancashire neighbours with torrential rain and a howling gale
, Marcus Rashford went close inside the first five minutes when he was denied by Nick Pope - having a fine game against United once again, as he so often does.
Then came Varane's excellent header which United thought had put them ahead only for a lengthy VAR check to rule Maguire's run into an offside position had blocked Rodriguez and prevented him from challenging for the ball.

Lesser sides might have crumbled but to their credit, Rangnick's side continued to press and there was no doubt over Pogba's opener seven minutes later.
Excellent work from Luke Shaw done the left saw him cut the ball back to tee up Pogba and his rifled finish from range - reminiscent of his goal in the same fixture last season - left Pope with no chance.

The ball was in the Clarets net once more, this time inadvertently through Brownhill, only to again be ruled out through a very late flag for a foul by Pogba on Mee although there seemed little in it. United can be forgiven for thinking the fates have conspired against us in the last two matches. 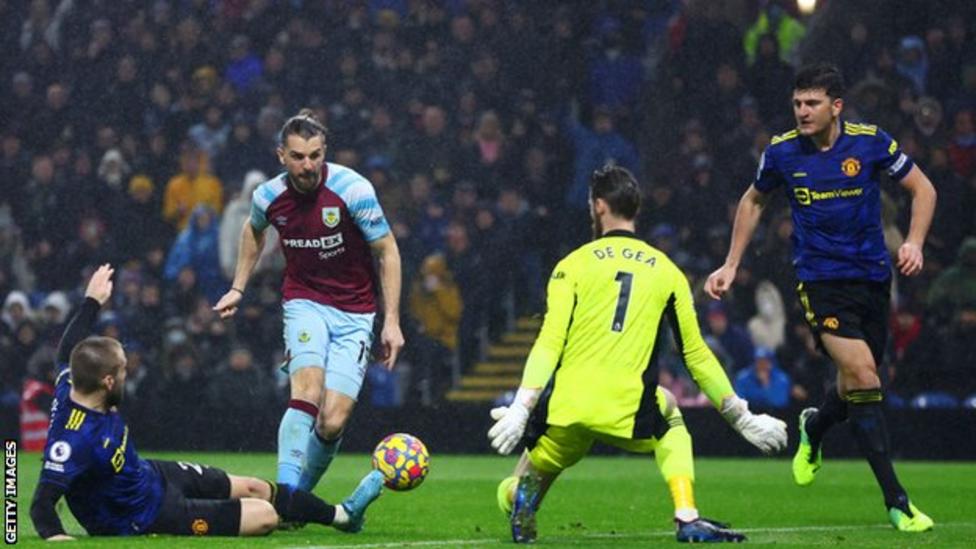 Pope seemed to have grown four extra arms as he kept his side in the game with a string of superb saves to deny Cavani from point blank range, before he thwarted Rashford and tipped wide from Fernandes. The one from Cavani was the best of the bunch as Shaw's looping cross dropped to the waiting Uruguayan, but Pope flung his body at the ball to block it behind.

The game lapsed into a familiar pattern as Burnley levelled two minutes in the second half. Clever link play from the 6ft 4Weghorst released Rodriguez and he tucked the ball beyond De Gea from close range.
Weghorst was suddenly causing problems and the giant Clarets striker (is there ever any other kind) went close twice in quick succession when he was denied by a full-length stop from De Gea and then fired into the side netting on the angle.

After a brief spell in the ascendancy, Burnley reverted to type with Mee and James Tarkowski morphed into 2022 version of Paolo Maldini and Franco Baresi.
Varane had a flick deflected away by the former having been set up by Rashford, and substitute Ronaldo headed over the bar when well placed from a Fernandes cross.

Maguire glanced a header wide and Ronaldo again nodded over the top against the massed, eleven man ranks of Burnley held out for a point which ultimately did little to help either side's respective ambitions.

A shout out to the near 3,000 army of travelling Reds who never stopped singing and backed the team magnificently throughout in awful conditions. Truly the best fans in the world.