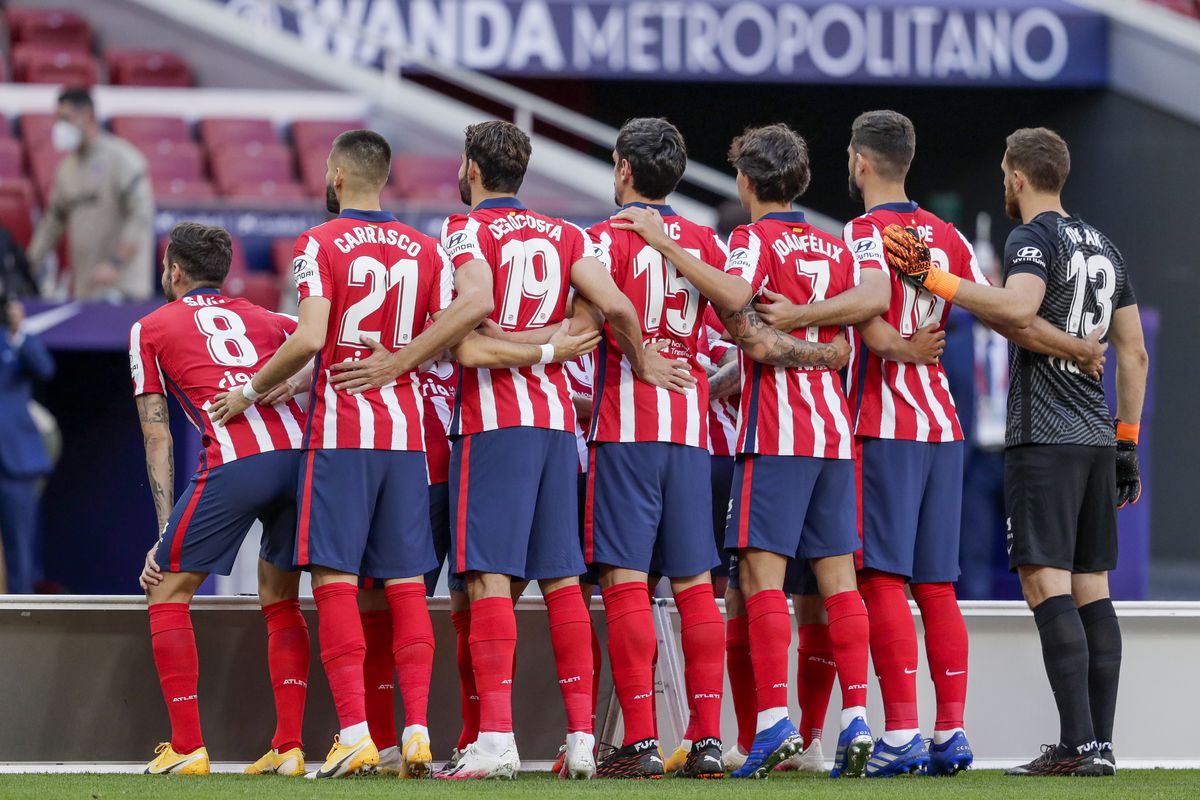 The Champions League is back as Ralf Rangnick leads his Reds into battle against Spanish champions Atletico Madrid on Wednesday in the first leg of our last 16 tie.

With United in a nerve-shredding five way fight merely to qualify for next season's competition, the return of European competition provides a welcome distraction from domestic duties and represents United's only remaining chance of silverware.

Lying in their way is the spectre of Diego Simeone's famously streetwise El Cholo in only the second ever meeting between two of the continent's biggest clubs, to be played in two of the world's biggest cities. Our only other previous meeting with the men from Madrid came three decades ago in the now defunct European Cup Winners Cup - more on that later.

United go into the match having hit a semblance of form and with Atletico faltering (albeit still dangerous), Rangnick's Reds will be quietly confident of causing an upset.

In times of doubt, it is helpful when your touchstones are built in granite. There is not any other elite club in European football with such an easily identifiable set of fortes as Atletico. Nor is any team built closest to their manager's own image as this lot. Even for those of you who never watch them, you know exactly what they do: defend deep in numbers, kick everything that moves and look to nick a goal from a set piece or a counter attack. Simeone's Atletico are very hard to beat: well organised, battle hardened, durable, hard-working and a team which will run through brick walls for him.

It may not be pretty, but it's certainly extremely effective. Under Simeone - one of the best managers in the game today - Atletico have won two La Liga titles (breaking the Real Madrid/Barcelona duopoly in the process), the Copa del Rey, two Europa Leagues, the Supercopa de Espana and two UEFA Super Cups: in short, everything there is to win except the biggest prize of all - the Champions League, the holy grail, the cup with the big ears. Simeone, the Spanish league's longest serving manager, boasts a very impressive CV and has transformed the club he served with distinction as a player. Atleti have reached two finals in this competition under his tutelage, agonisingly falling short twice against city rivals Real and a certain chap by the name of Cristiano. His legacy and influence is akin to that of Pep Guardiola, Johan Cruyff and, dare I say it, even Sir Alex.

Known for not only his ability but also for his rugged, uncompromising and charismatic personality, the famously firebrand Argentine is an adored figure in the red-and-white half of the Spanish capital - indeed, had United not already danced with the devil in Simeone's kindred spirit Jose Mourinho, he'd surely be in contention for the job in the summer.

But despite a stellar cast list and their status as champions of Spain, Atletico's fire has showed signs of flickering.

They are struggling to get into the top four, with the lesser lights of Sevilla and Real Betis ahead of them, and have been knocked out of the domestic cup. Those touchstones, that achingly familiar raison d'etre, have been conspicious in absentia. They lost four games in a row for the first time ever under Simeone in December and scraped out of a far-from-daunting Champions League group with only two wins, one clean sheet and three red cards - the latter of which rules Yannick Carrasco out of tomorrow night's encounter. 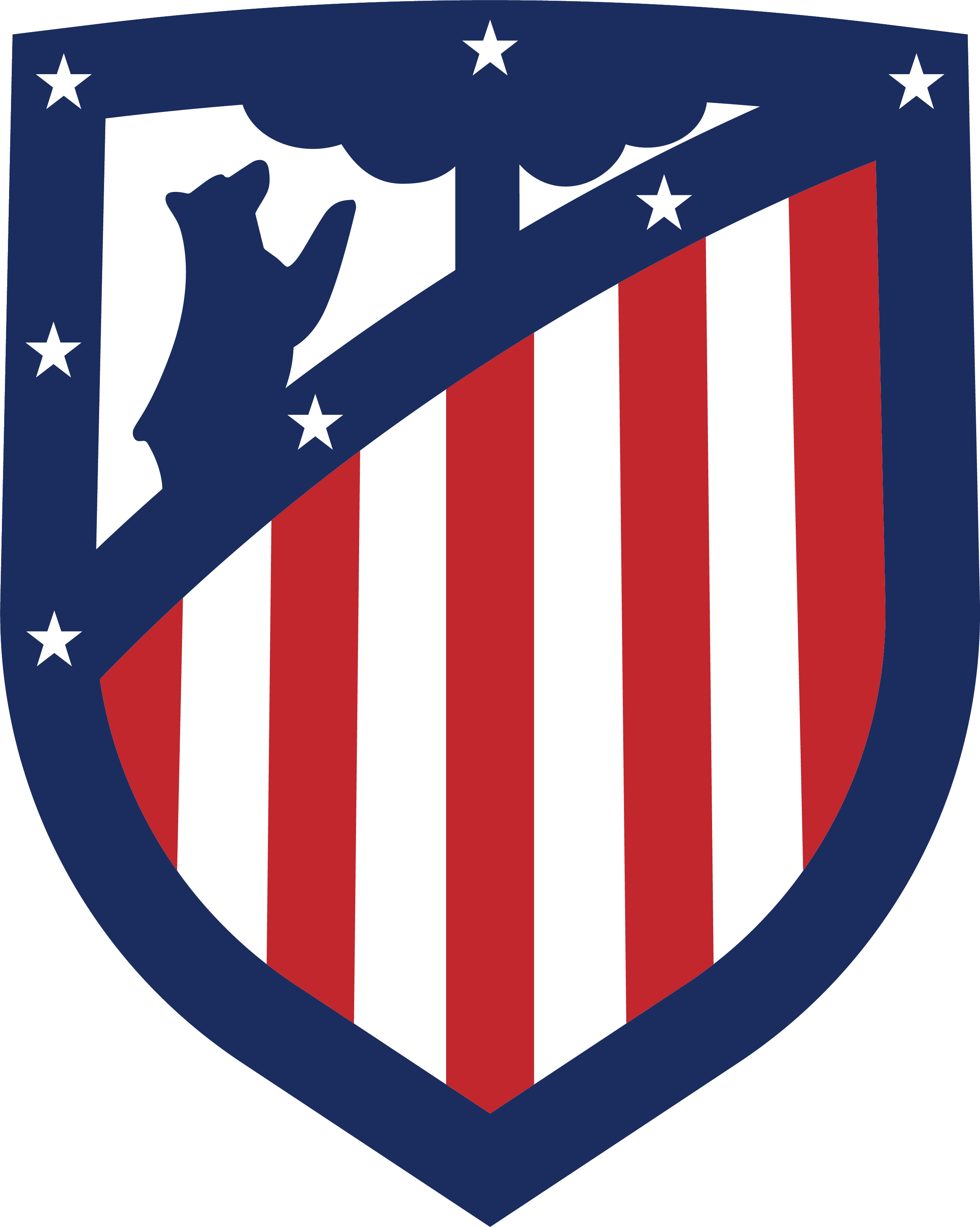 Yet despite all this, it would be folly to write them off. With Antoine Griezmann and our old foe Luis Suarez up top, captain Koke pulling the strings from midfield and one of the best keepers in the world, Jan Oblak, between the sticks, they possess talent in abundance. Others to watch out for include highly-rated Portuguese starlet Joao Felix, tricky Frenchman Thomas Lemar, and midfield anchorman Geoffrey Kondogbia.

David de Gea goes toe-to-toe with his former employers for the first time, with ex-Red Diego Forlan also having plied his trade for Atleti - so too former United man Quinton Fortune. Ron Atkinson managed both clubs in the 1980s and Simeone, of course, will forever be remembered for his altercation with our very own David Beckham in the 1998 World Cup when he made the most of Becks flick out of the leg as the ten men of England went down on penalties to Argentina in the last 16.

It seems an anomaly that these two well known and successful clubs have only ever met once - that sole, aforementioned tie in the 1991-92 season. It was a second round match up, with United in the tournament by virtue of their status as holders.
United were beginning their rise to prominence under Ferguson, having won the FA Cup in 1990 and this competition a year later with the UEFA Super Cup and the League Cup to follow. Ryan Giggs had just broken through with Bryan Robson, Mark Hughes, Brian McClair and defensive duo Gary Pallister and Steve Bruce in a powerful, robust side taking shape for an assault on English football's established status quo.

Yet it was the Spaniards who put United to the sword with a 3-0 win in the Vicente Calderon Stadium, with two late goals from Paulo Futre turning a slender first leg lead into a surely unassailable advantage.
And so it proved as despite Mark Hughes early opener back in Manchester, Schuster's leveller left United Bernd and on their way out of the competition as Atletico - under the canny guidance of Luis Aragones - showcased many of the traits of the modern day, Simeone-era side.

That era has showed signs of creaking and although this is definitely a case of beware the wounded animal, United will surely fancy their chances of finishing it off.