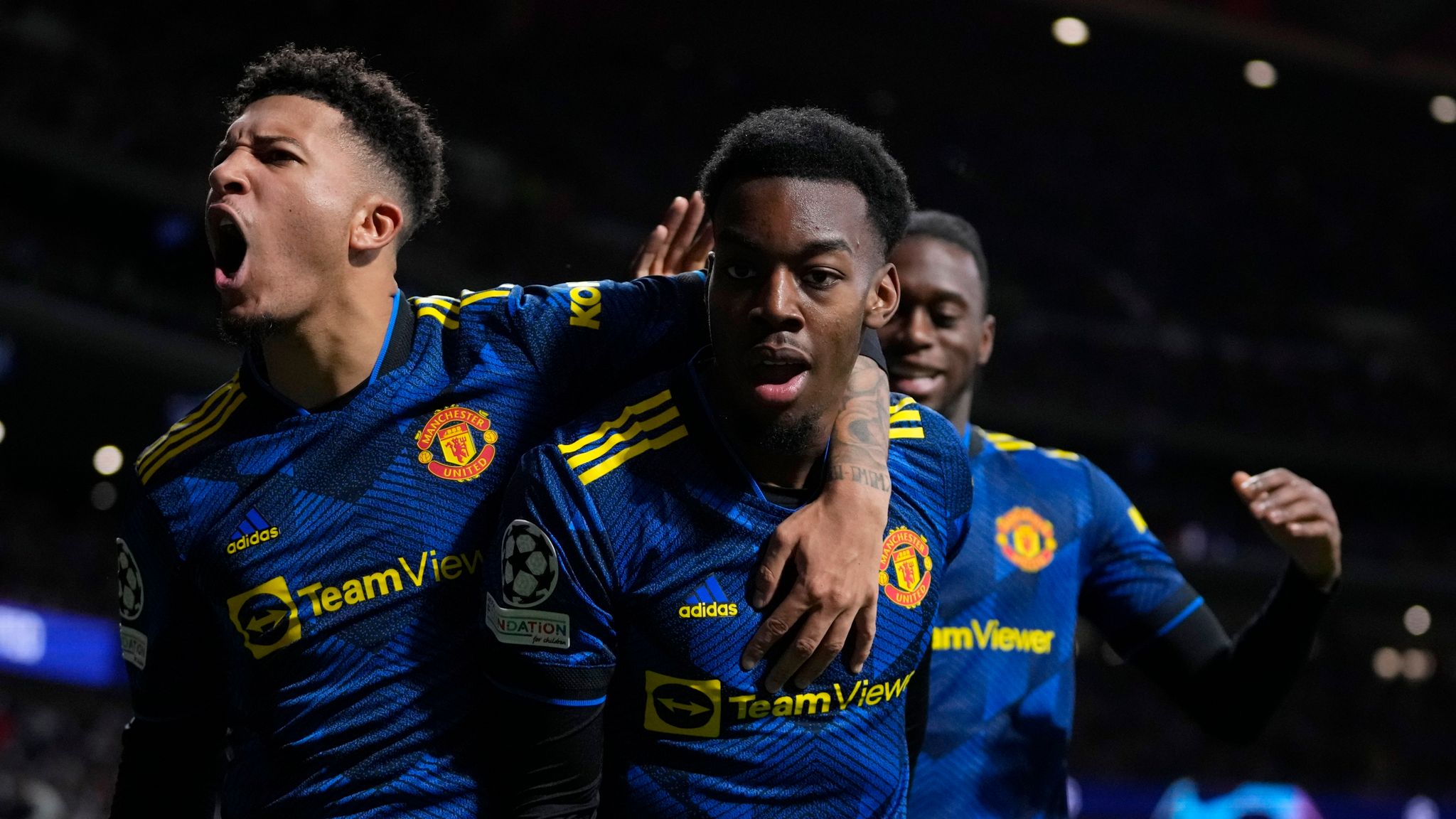 Ralf Rangnick's Reds return to European action as we welcome Diego Simeone's Atletico Madrid to Old Trafford for the second leg of our last 16 tie.

The contest is poised on a knife edge after Anthony Elanga's second half leveller in the Spanish capital but, with no away goal rule, this tie could go the distance through extra-time and penalties if required.

Rangnick shuffled his pack again for the visit of Spurs but the interim boss is unlikely to make wholesale changes again for this one. Bruno Fernandes is expected to recover from Covid and should return, so Paul Pogba could play on the left. There's big decisions for Rangnick to make and so, without further ado, here is how we think the Reds will line up tomorrow evening. Come on United!

Had a Covid scare against Spurs but a false positive enabled him to play and he will keep his place against his former side. De Gea had little to do on Saturday and will hope for another quiet evening here.

Victor Lindelof started at right-back in the Wanda Metropolitano - an inexplicable decision which backfired badly. Rangnick is unlikely to take such liberties here with Dalot - recalled against Tottenham - to keep his place. The unheralded member of United's Portuguese triumvirate has been impressive under the German so we expect him to play

Despite his unfortunate own goal, I thought Maguire played well against Tottenham and you're not dropping your 80m captain for a Champions League knockout match. Rangnick has dropped Maguire before but I just can't see it here.
Alongside him, it simply has to be Champions League Varane. The World Cup and four-time winner of this competition was born for nights like this. What a player this guy is - a Rolls Royce of a defender, a class act and a man whom holds the defence together. United have never lost a match when these two have started together.

Shaw has missed the last two games after a positive Covid test, which has allowed Alex Telles to turn in two contrasting performances at left-back. Shaw has recovered from the virus and is available again, so we think he will come back into the side at the expense of the Brazilian, however harsh that may seem on Telles.

Excellent in the win over Tottenham and crucial to United in games like this one. Fred is always a shoo-in to start in the big games due to his work rate and energy and he will have a tough job to keep Hector Herrera and the returning Koke in check. Another player to have improved hugely under Rangnick, we expect Fred to start at the base of midfield.

Nemanja Matic was excellent on Saturday but struggles to play two games in a row, particularly in such quick succession, so I can't see him starting this one. The return of McTominay will see the veteran Serb drop to the bench and could mean Paul Pogba also misses out on a place in the XI. McTominay may not be fit enough to get through a full 90 minutes but that's where the experience of Matic comes in. Alternatively, Rangnick could decide to play Pogba alongside Fred so this is undoubtedly a big call to make in a key area of the team.

A certain starter, Sancho has been scintillating recently with his pace and trickery. Equally adept on the left as he is the right, Sancho had a slow start at Old Trafford but has been simply magnificent since Christmas. This is what we paid the money for. Atletico will likely deploy a three at the back system and will set out to shackle Sancho as they know to do so will be key to victory. He has very much arrived as a United player.

Missed the win over Spurs through Covid and - to be fair - we did alright without him. But you need your big players for the big games and he is certainly still one of them. Pogba on the left won't work against Simeone's streetwise Spaniards and despite his tendency to lose the ball, Fernandes still has that string-pulling magic in his boots. When he's fit and available, he has to start. Simple. 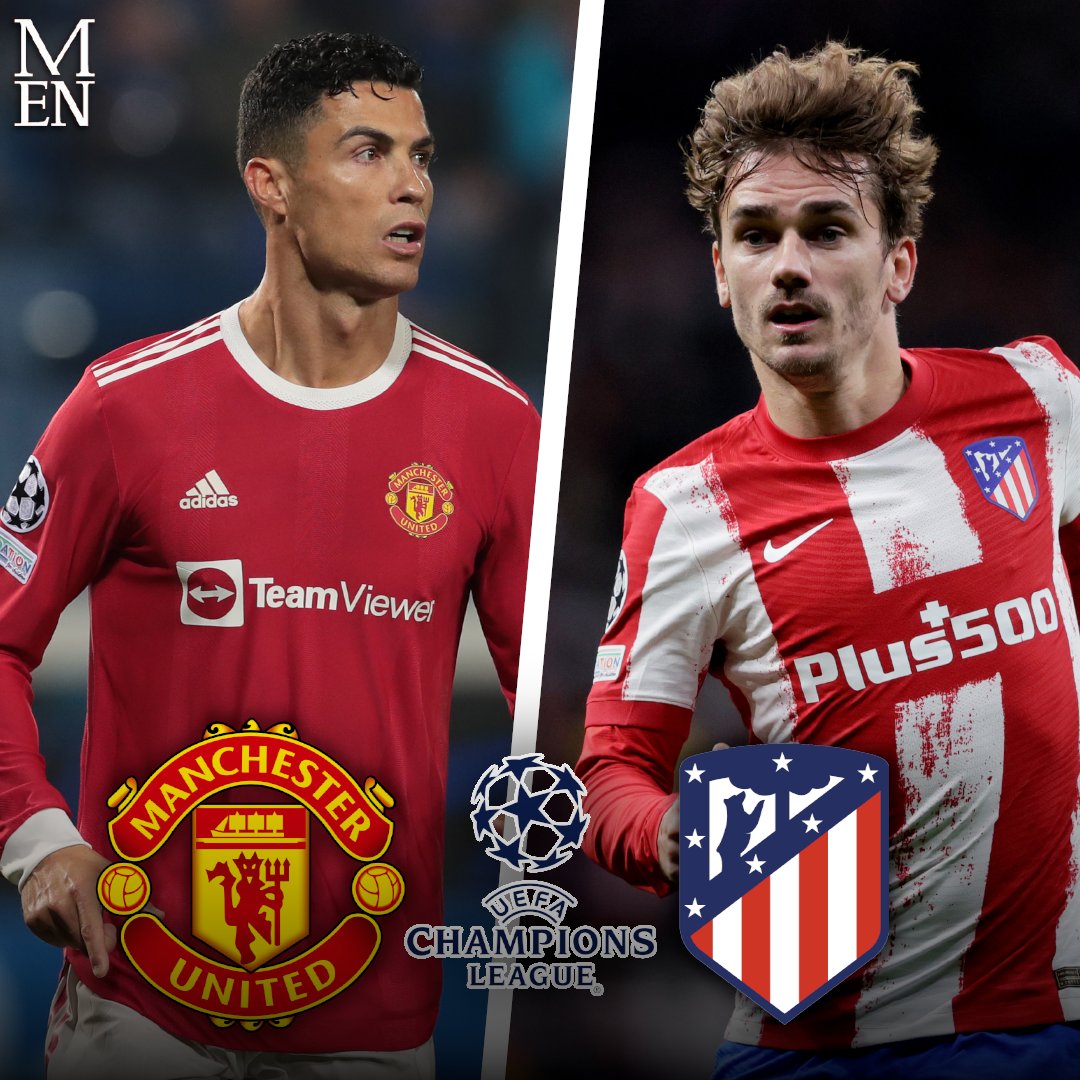 Elanga should start on the left after another fitful performance from Marcus Rashford against Spurs. He simply isn't doing enough to justify inclusion at present and Elanga has been the brightest spark since Rangnick's arrival. Got the goal in Madrid, hasn't netted since but has still looked lively. In line for only his second ever Champions League start, the young Swede is set to be given the nod in this one.

Could it be anyone else? United's man of the moment, our hat-trick hero and the reason why United have even made it this far in Europe. Don't EVER tell me this guy is the problem at Old Trafford. The leading goalscorer of all time in the history of football, Ronaldo loves scoring against Atletico and - although he was snuffed out in the away leg - United will again look to him to fire us past his old nemesis and into the last eight.

This has all the makings of a fascinating, enthralling ding-dong at Old Trafford. We're expecting a match with plenty of twists and turns - Atletico will fancy their chances and I can't see them not scoring in Manchester. But I've just got a feeling, somewhere inside, this will be our night. It will be tight, tense and tactical, but I'm backing United - just - to go through to the quarter-finals by a whisker.