Manchester City showed exactly why they are English football's dominant force with an impressive win over Ralf Rangnick's reshuffled Reds in the Etihad derby.
A stunning Jadon Sancho goal had pulled the Reds level after Kevin de Bruyne had put Pep Guardiola's men ahead inside five minutes. De Bruyne struck again before Riyad Mahrez's double put a late and flattering gloss on the final scoreline. 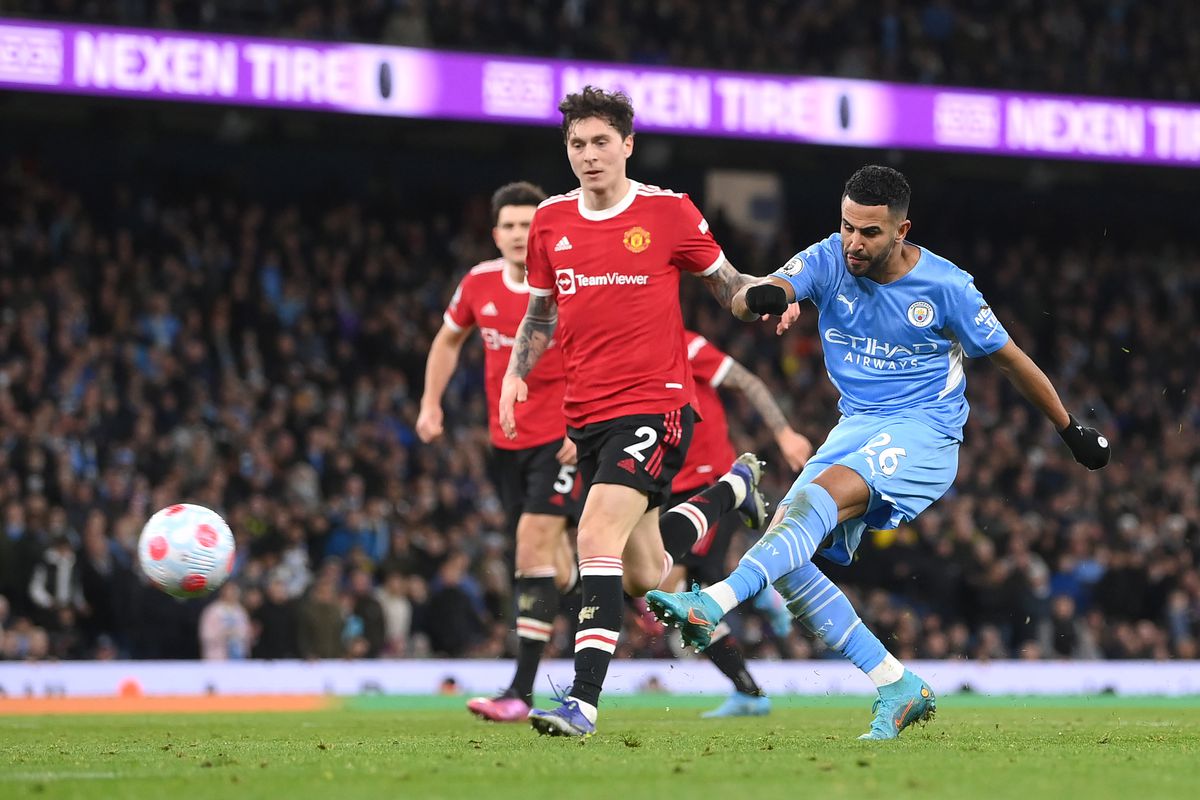 The understrength Reds - depleted by injury - put up a fight and can be proud of their efforts but ultimately had no answer to the intensity and relentless quality of their title chasing neighbours.
United were forced into a raft of changes after Raphael Varane and Luke Shaw tested positive for Covid, so Victor Lindelof and Alex Telles came in to the defence with second string right-back Aaron Wan - Bissaka included ahead of Diogo Dalot.

Cristiano Ronaldo and Edinson Cavani were both sidelined, so Rangnick was forced to line up without a recognised centre-forward with Bruno Fernandes as a false nine - at times Paul Pogba pushed up alongside the Portuguese in a 4-4-2. Marcus Rashford was on the bench.
United had won on their last three visits here, but it took only five minutes for the sky blue of City to go in front. Bernardo Silva cut the ball back for the onrushing De Bruyne to rifle in his 50th Premier League goal beyond David de Gea.
Ederson denied compatriot Fred, before the impressive De Bruyne went close twice in quick succession only to be denied on both occasions by United's Spanish stopper. First, he had a shot blocked from close range and was then thwarted by De Gea having burst clear.
On 22 minutes, United were level out of nothing in fine style as Pogba picked out Sancho and he curled home a stunner against his former side at the culmination of a superb sweeping counter attack.
But parity lasted only six minutes as City quickly replenished their advantage. Phil Foden had a shot saved, the rebound was also blocked before De Bruyne gobbled up the third loose ball to slam in from ten yards.
De Gea kept out Mahrez and the hat-trick hunting De Bruyne was snuffed out by Maguire as United went in at the interval a goal down but still very much in the tie.
Anthony Elanga had a shot deflected over the bar and Fred flashed wide with the obligatory sighter, but City still carried a threat and Silva almost added a third, only for Lindelof to block.
Ederson did well under pressure from Fernandes and skipper Harry Maguire was cautioned by referee Michael Oliver after a hefty challenge on opposite number De Bruyne. 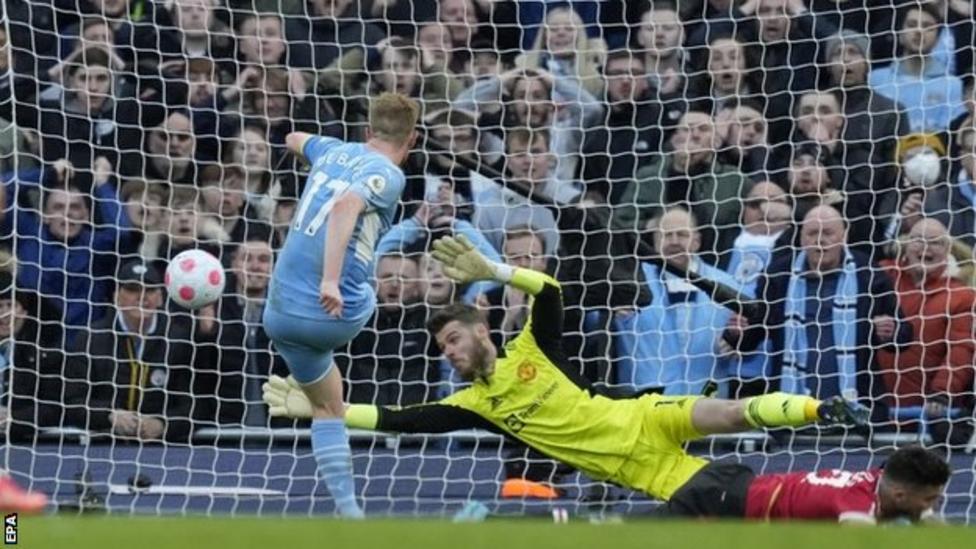 United's attacking threat had evaporated and a third goal now seemed only a matter of time. It came on 68 minutes and ended the tie as a contest. De Bruyne added an assist to his showreel as he picked out Mahrez from a corner and the Algerian cracked a sumptuous volley beyond the keeper via a deflection off the unfortunate Maguire.
Substitute Marcus Rashford was crowded out at the end of a solo run and Sancho tested Ederson with a drive but City were relentless and went close again, this time through left-back Joao Cancelo - with the Portuguese's spectacular effort met by an equally impressive stop from De Gea.
But still City were not done as Guardiola's side undeservedly added salt into the wounds with the fourth late on as a tight offside call allowed Mahrez to steal in and score in stoppage time.
Overall team performance: 6/10
United Faithful Man of the Match: Jadon Sancho
Posted by United Faithful at 14:56
Labels: match reports