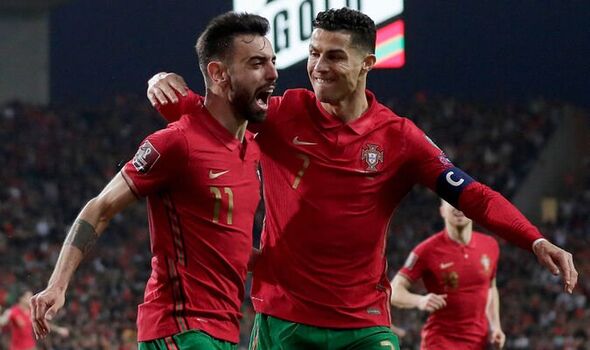 Cristiano Ronaldo will play in what will surely be his final World Cup after Portugal came through their qualifying play-off to reach Qatar 2022.

When the draw was made, the world expected a heavyweight battle between the last two European champions for a place in the final tournament in November. But after Euro 2020 winners Italy were stunned by the rank outsiders from North Macedonia, it meant Portugal would instead face Blagoja Milevski's dangerous underdogs instead.

The minnows had sensed another seismic upset, but Ronaldo and United team-mate Bruno Fernandes joined forces as the former set up the latter to put Fernando Santos's side ahead. Fernandes was at the double, this time teed up by Liverpool's Diogo Jota, to fire the impressive Portuguese team into Friday's draw, where they will be among the front runners for glory in what is likely to be Ronaldo's international swansong.

Fernandes will play in his second World Cup showpiece, with the effervescent and evergreen CR7 appearing in his fifth. With United's string-pulling duo in tandem, Portugal will be a force to be reckoned with and will be amongst the top seeds when the group stage draw is made on Friday.

Elsewhere, Hannibal Mejbri helped Tunisia to see out a 1-0 aggregate win over Mali in the African section of qualifying as the north African nation qualified for the World Cup for an African record eighth time. Taking a slender one goal lead into the second leg of the tie, the Carthage Eagles played out a goalless draw in the capital city of Tunis with Hannibal on as a late substitute.

Victor Lindelof and Anthony Elanga suffered a complete contrast in emotions as their Sweden side, the 2018 quarter finalists, were pipped at the post by Poland. Lindelof captained the side and Elanga came off the bench but Robert Lewandowski and Piotr Zielinski scored in the second half to send the Poles to Qatar at their visitors' expense.

United youngster Zidane Iqbal had only a watching brief from the bench as Iraq's hopes of a second appearance at the finals came to an end at the hands of Syria. Two countries more closely associated with war-torn conflict drew 1-1, which meant neither progressed to the next stage of qualifying. 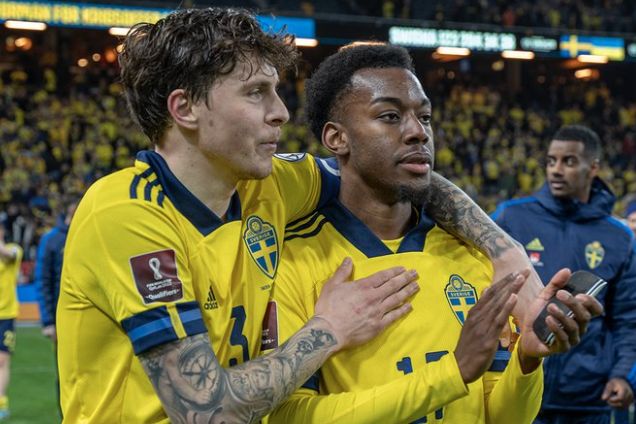 That all means the UAE will face Australia with the AFC winners to play fifth-placed CONMEBOL side Peru with a place at the finals up for grabs.

There was also some midweek friendly action, as Harry Maguire and Luke Shaw featured in the England team which beat team mate Eric Bailly's ten-man Ivory Coast 3-0 at Wembley. Raphael Varane and substitute Paul Pogba played for a strong France side in a 5-0 friendly win against South Africa in Lille.

Scotland let a two-goal lead slip in their draw with Austria, a match in which Scott McTominay stepped off the bench at the hour mark in Vienna.

27 of the 32 spots in Qatar have been decided with five places still up for grabs and the final qualifying matches to be settled in the coming months. Congratulations to every United player involved.