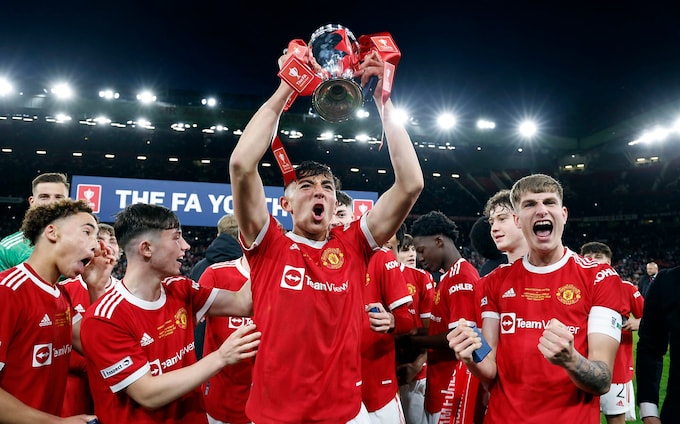 Dark clouds have enveloped Old Trafford throughout the campaign but were lifted on Wednesday night as Travis Binnion's young Reds beat Nottingham Forest to win the League Cup. In United's worst season since 1988-89, there has been very little, if anything, to be positive about. While no fan would pretend this triumph has redeemed a campaign spent in the doldrums, inside Old Trafford the sense of catharsis was palpable.
A trophy had been secured, and while it pales into insignificance compares to the prizes City and Liverpool are fighting over, it is one that means a lot in these parts.

The Reds first lifted the most prestigious prize in youth football in 1953 and went on to prevail in the next four tournaments as Sir Matt Busby's iconic and famed young charges were catapulted into the national spotlight.

And so began an affiliation with the Youth Cup unmatched by any other club. The core of this side would become Busby's first great team, with the the emerging rough diamonds of Bobby Charlton and Duncan Edwards going on to superstardom.

As we are tragically aware, many of the Babes were lost at Munich as the finest young side in the land were wiped out in one fell swoop leaving United shattered, broken and on the brink of the abyss.

United would lift the cup again only six years on, spearheaded by an exciting, raw young Irishman by the name of George Best. Best scored in the two-legged final as Jimmy Murphy's swashbuckling side put the Town of Swindon to the sword with a 5-2 aggregate victory.

United would go on to reach a pair of finals in the 1980s, but - like their senior counterparts - success dried up. Whilst United's men's first team went 26 years without winning a league title, there was an even longer wait of 28 years to win back the Youth Cup. It wasn't until that famous year of 1992 when "Fergie's Fledglings" burst on to the scene and saw off Crystal Palace that the Reds - under the tutelage of legendary youth coach Eric Harrison - won it again with a team featuring Gary Neville, David Beckham, captain Ryan Giggs and Nicky Butt. These four players, alongside Gary's younger sibling Phil and a young ginger lad called Paul Scholes would of course forever become synonymous not only with the Youth Cup but also the pathway it offers to reach the very highest level of the game. To this day, they are known simply as the "Class of 92"

United went on to win it twice during Sir Alex Ferguson's mammoth quarter of a century at the helm, notably in 2011 with a side featuring current squad members Paul Pogba and Jesse Lingard as well as Everton's Michael Keane.

Every one of these successful Youth Cup-winning sides have produced at least one first team graduate at Old Trafford not to mention many more elsewhere. So who in this 2022 crop will kick on?

Alejandro Garnacho certainly seems better equipped than most and staked his claim in the final. The highly rated Spanish-born Argentine scored his side's second from the spot then slalomed through the Forest defence and slammed home the game-clinching third goal. It was a ceiling-smashing display from a player already on the fringes of Rangnick's senior team. Garnacho made his first team debut in a brief cameo against Chelsea in last month's Premier League tie in what will surely be the first of many appearances at that level.

Central midfielder Kobbie Mainoo was another to stand out and set pulses racing. A destructive, all-action presence in the middle of the park, the 17-year-old tackled with authority and passed the ball creatively. It was so refreshing to see a proper midfielder doing everything a proper midfielder should be doing. Joe Hugill did well when he came on, executing his no.9 role with old school expertise as he played with his back to goal and held the ball up superbly.

Then there was La Masia graduate Marc Jurado who channelled his inner Gary Neville at his zenith. Crunching into tackles, cajoling team-mates, whipping the crowd up into a frenzy and showing a lovely line in touchline-hugging, combative tenacity. You can tell he's from Barcelona stock.

Skipper Rhys Bennett opened the scoring with a thumping header and made telling contributions at the other end too. His fine defensive display aside, in which he epitomised his side's courage and fearlessness, he showed his leadership skills in taking his team-mates to console keeper Radek Vitek after his mistake allowed Forest to level.

For one night only, United felt like a club renewed and a club restored: indeed, a throwback to the halycon days of yesteryear.
Helped by a competition record crowd of 67,492, the £1 tickets helped create an atmosphere unrivalled at any other game at this level. Us cynical adults stewing over pathetic performance after pathetic performance were conspicious by absence, with many kids in attendance at their first game and the chance to watch live football to a good standard at the famous old ground. There was youth and optimism both in the stands and on the pitch. 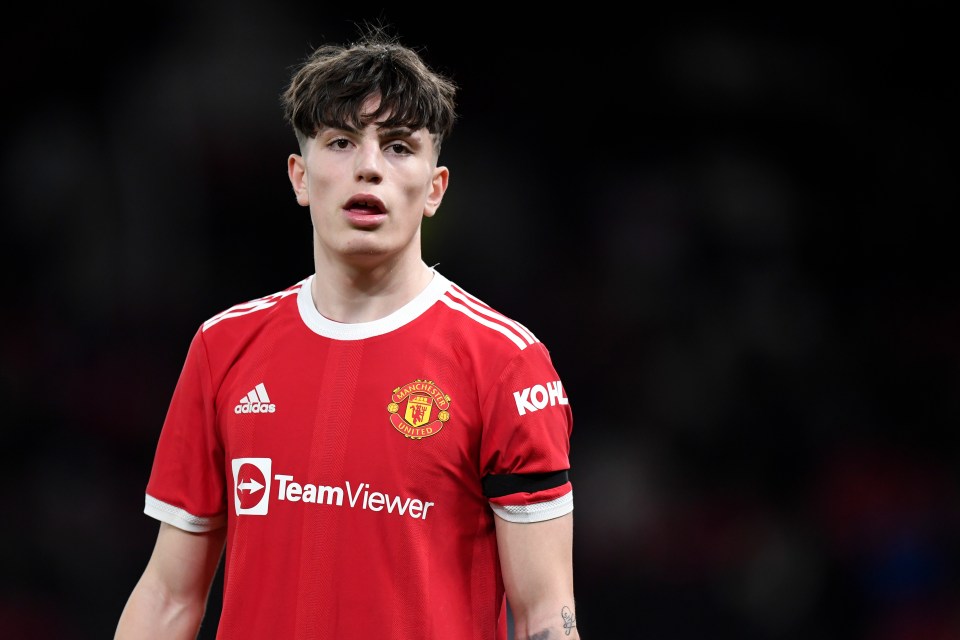 By it's very nature, the realities of youth football and the huge chasm to the professional game means many will be lost to the sport. But last night's cup winners can be heartened by how many of the 2011 side have carved out excellent careers at the top level. While Pogba and Lingard - as well as Harry Maguire from opponents Sheffield United - have plied their trade over 100 times for us, others have done well away from Old Trafford.

Sam Johnstone and Michael Keane are England internationals and established regulars at West Brom and Everton respectively. But if those two are reminders of what can lie in store, Ravel Morrison - considered the cream of that particular crop - has fallen by the wayside. Morrison's nomadic existence has seen him fail to fulfil his undoubted potential and he has ended up under former team-mate Wayne Rooney at Derby County.

Will Keane fired Wigan Athletic to the League One title as the third tier's top scorer and Ryan Tunnicliffe and Tyler Blackett have caught the eye as competent and experienced EFL players. Not every player goes on to win the World Cup like Pogba, but there's no reason why the majority can't enjoy good careers in the game.

But in the aftermath of our latest Youth Cup success, it would be great to see some of these players get first team chances. Garnacho deserves his chance in the final game of the senior side's season at Crystal Palace and others will likely follow. Incoming manager Erik ten Hag - whom secured the Eredivisie title with Ajax when this final was being played - will be unable to address every problem position across a single transfer window.

At least now he knows there are young players who can be replied upon to plug the gaps.