After a bumper summer of thrilling sport, the wait is finally over as the Premier League returns. We have to wait until Sunday for Erik ten Hag's first competitive match in charge of Manchester United after Palace and Arsenal open proceedings on Friday. 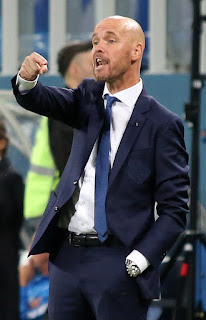 ten Hag's revitalised Reds had an impressive pre-season but still look light on numbers, particularly in midfield. United were infamously humbled at the hands of the Seagulls back in May - the nadir of a dreadfully torrid season - but have won all of their Old Trafford meetings with the south coast side.

There have three incoming arrivals through the door at Carrington with Christian Eriksen on a free, Lisandro Martinez from Ajax and the relatively unknown Tyrell Malacia also crossing the North Sea to sign from Feyenoord.

The Frenkie de Jong saga rumbles on and Cristiano Ronaldo's future remains unclear, but ten Hag has a fully fit squad to pick from, bar the hamstrung Anthony Martial.

David de Gea is set to start in goal as the 31-year-old begins his eleventh season at the club.

Diogo Dalot left Old Trafford early in the wake of the friendly draw with Rayo Vallecano - to the chagrin of his manager - but with little alternative, expect the Portuguese to get the nod at right-back ahead of the incompatible Aaron Wan - Bissaka.

Sunday may come too early for Martinez, who has only played one game in Red. Raphael Varane has played fewer minutes than his centre back cohorts so we could see the familiar sight of Harry Maguire and Victor Lindelof at the heart of the United defence.

Tyrell Malacia has been going toe-to-toe with Luke Shaw during pre-season and caught the eye on United's Tour Down Under. The young Dutchman has settled in strongly and will usurp Shaw for a full, competitive debut in ten Hag's XI.

Much like Martinez, Eriksen is undercooked and so we expect the talented Dane to be on the bench for the visit of Brighton. The midfield urgently needs reinforcements but 'McFred' have been the regular duo in pre-season and so ten Hag may look to start both and err on the side of caution until Eriksen is ready.

Bruno Fernandes will almost certainly start ahead of whoever the two in the engine room are.

In the absence of Martial and with Ronaldo not 'match sharp' enough; Anthony Elanga is likely to start on the left wing with Marcus Rashford to play out of position up top.

After a difficult first, settling in season at United, the 2022-23 campaign is expected to be one of personal renaissance for Jadon Sancho. The 22-year-old showed flashes of his immense talent in a hit-and-miss campaign under Ole Gunnar Solskjaer and then Ralf Rangnick, but caught the eye impressively on tour.
Sancho sat out the last two pre-season games through illness but is expected to recover and secure his place in ten Hag's first starting line up for the Brighton tie.
United's front three misfired terribly last term but proved revitalised in Australia and Thailand; giving cause of optimism ahead of the arrival of another season. The Reds won three, drew two and lost one in six pre-season fixtures and beat Wrexham in a behind-closed-doors friendly at Old Trafford last week.

Prediction: United have a very good record against Brighton at Old Trafford and that - coupled with the start of the Erik ten Hag era - points to a win in the Dutchman's first game in charge. The Seagulls are always a tricky proposition but have lost a couple of key men over the summer so it will be intruiging to see how they line up. With all this in mind, we're going for a narrow United win. 2-1 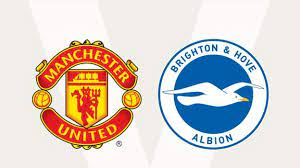