Rejuvenated Martial throws down the gauntlet 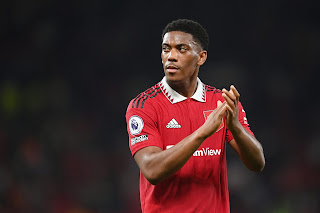 Three appearances. One assist. Three goals. 166 minutes. Anthony Martial's impact in 2022-23 has been brief but seminal.
Martial appeared to be drowning in a sea of mediocrity after a horror loan spell at Sevilla but Erik ten Hag's arrival has coincided with a dramatic upturn in fortunes. Since arriving at Old Trafford from Monaco for £36m as the then most expensive teenager in world football, there have been flashes - tantalising glimpses - of the mercurial Frenchman's je ne sais qois.

A lack of talent has never been Martial's problem: undoubtedly, the ability has always been there. It's been more to do with his injury problems, mentality and lack of consistency. All this, and as the Frenchman enters his eighth Old Trafford season, he has really only been at his best in one of them. In the lockdown-hit campaign of 2019-20, Martial struck 23 goals (his best ever net busting season) but his form fell off a cliff and he has seemed a man on the brink of the exit door ever since.

But something within the Frenchman stirred during United's pre-season tour. Dovetailing superbly with Jadon Sancho and Marcus Rashford, Martial scored thrice to lay down a marker and looked set to spearhead United's attack into the new season, the Reds first under incoming manager Erik ten Hag.

But a knock in the final pre-season game put the kibosh on that, and an Achilles injury limited Martial to only one appearance, as a half-time sub in the rousing win over Liverpool. In a taste of what was to come, he set up Rashford to fire in the winner and, even though he did not score, earned rave reviews for his excellent, line leading showing.

He was the only United player to emerge with any credit from the derby day demolition at the Etihad: indeed, Martial came on after an hour and scored twice to give the scoreline a hint of respectability. He headed in from close range and then thumped home an emphatic penalty late on to leave his calling card and remind his manager he is ready to once again be the man for Manchester United. He stepped off the bench in Thursday's European win and scored with his first touch only seconds after coming on.

It seems ten Hag is starting to agree: Cristiano Ronaldo is ageing and cannot press and Rashford is inconsistent and one dimensional. He is better as a winger whereas Martial is the perfect embodiment of ten Hag's style. The way in which the Dutchman wants United to play is with a somewhat physically demanding, aggressive pressing style. Ronaldo cannot do this, Rashford does so only sporadically, but it is something Martial is particularly good at. There was a distinct change in United's tempo when Martial came on in the derby - he pressed City, created space and got United higher up the pitch. It may not have made a jot of difference, but with the benefit of hindsight, he should have started ahead of Rashford at the Etihad. Such has been his electric start to the season, his predatory instincts, direct running and ability to break the lines with his pace are clearly valued by ten Hag, who considers him further up the pecking order than a faltering Ronaldo. 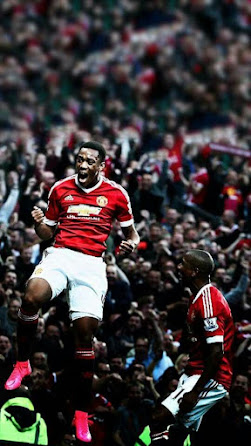 Martial is brilliant at switching things up in a way no one else in the side can. He is direct, plays on the shoulder and can burst in behind but is also comfortable to drop deep and collect the ball. This makes him very difficult to pick up, hard to keep tabs on and United are far more fluid with Martial linking the play and working the channels. His physicality and stature is a real asset to our play and seems to be exactly what ten Hag wants. Martial's style of play is closely aligned to that of ten Hag, perhaps more so than any of his other United managers. It seems clear now: if Martial is fit and firing, he must - MUST - be the starting no.9 for United, week in week out. He should have got the nod in the derby and is surely a shoo-in to play from the start at Goodison Park on Sunday. ten Hag has managed his carefully and wanted to be careful in easing him back, but he simply cannot be ignored any longer. Three goals in his last 32 minutes of football tells it's own story. We must do everything we can to keep him fit.

It is clear, like all strikers, Martial is a confidence player and his dander and self belief - fuelled by his impressive pre-season, is at it's zenith. He may have played the least minutes of all our attackers but Martial sits atop United's fledgling goalscoring charts so far.

The spotlight will fall on Sancho and new arrival Antony - widely regarded as two of the finest young wingers in the game and, at 22, they will be tasked with carrying United forward. But Martial, by comparison a relative veteran at 26, has shown his more exalted colleagues how it is done. It is he who has thrown down the gauntlet and lit the way for others to follow.

His renaissance couldn't have been better timed - for him, for United or for France. With the Qatar World Cup rapidly approaching in the rear view mirror, the world champions may yet still find space to accomodate Martial in their squad for the tournament.

It is still early days but it feels as though Martial is going to be such an important player for ten Hag's United this season. Tony Martial, he came from France...