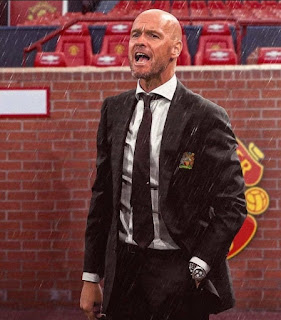 This was why Manchester United's powers that be appointed Erik ten Hag. This was the type of confident, dominant and thoroughly deserved victory the hierarchy envisaged when he arrived from Ajax in the summer.

As Antonio Conte's high-flying Tottenham came to Old Trafford, this was portrayed as another litmus test for United - the opportunity to judge the scale of our improvement against a side with Champions League ambitions of their own. Spurs may have been brushed feebly aside in the past, but Conte's Lilywhites are a different beast now - or so we were led to believe. 'Lads it's Tottenham' as Sir Alex Ferguson once said, but that was then. This is now.

Yet, in reality, a match billed as our toughest so far was simply a no-contest. In Manchester United's best and most complete performance for many a year, Spurs and their feted forwards of Harry Kane and Heung-min Son didn't lay a glove on us. ten Hag understandably looked a very satisfied man as he marched off the Old Trafford pitch at the end of a triumph that bore all the hallmarks of what he wants from his new charges. Those opening two defeats are now merely a distant if unpleasant memory and this was the zenith of United's season. While the result does not alter league position - with United still fifth and Tottenham in third - the trajectory of the two sides feels rather different after this.

ten Hag is increasingly making his presence felt at Old Trafford, with standout wins against old rivals Liverpool and leaders Arsenal already. Spurs became the latest big name side to fall by the wayside with the Old Trafford crowd captivated in thrall by the slickest football we've seen so far under our new Dutch manager. Those two wins against the Scousers and Gunners were excellent but we had to dig deep at times in both of those statement victories. This was on another level such was United's utter and, dare I say it, even swaggering dominance. It was a night when everything ten Hag is trying to instill in this side came to fruition. 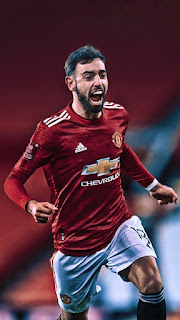 ten Hag has his template - United had 28 shots, the most by any team in a Premier League match this season, and 19 in the first 45 minutes alone - the most since the days of Sir Alex over a decade ago. A very good Tottenham side were made to look alarmingly average. This was the finest performance of a managerial tenure still in its infancy.

United flourished in the absence of their great Portuguese Cristiano Ronaldo, showing a verve, a drive and an intensity reminiscent of the halycon days of yesteryear. Spurs were penned in deep, camped in their own box in the face of a United onslaught for the ages. As the relentless Reds poured forward with wave after wave of swash and buckle, the first half was akin to a training game of attack against defence.

The only lingering concern was the failure to find a way through in the opening half, although that was down to the brilliance of Tottenham stopper Hugo Lloris as the Frenchman mounted a one-man crusade of defiance.

It couldn't last, and it didn't. Fred and Fernandes - arguably United's two best players on the night, capped off fine individual performances with second half goals. Fred's opener took a deflection off the unfortunate Ben Davies but deserved his slice of luck. There was nothing fortunate about the second as Fernandes curled home a beauty at the culmination of a sizzling breakaway. 2-0 was extremely kind to a meek and disappointing Tottenham.

United's passing was swift, incisive and accurate, with Fred playing a key role alongside the grit and guile of the influential Casemiro in midfield. Bruno Fernandes had his best game for a year, Antony was a box of tricks and the back four were colossal. Up against two of the best attackers on the planet, Raphael Varane was class and composure personified as he forced Son to the fringes, sat on Ivan Perisic, and played areas rather than players. Alongside him, Lisandro Martinez may be small in size but colossal in stature and never gave Kane a minute. Diogo Dalot and Luke Shaw, progressive full-backs, didn't put a foot wrong. It was testament to how good the Brazilian duo of Fred and Casemiro were that Christian Eriksen - badly missed against Newcastle - certainly was not missed here.

In the maiden managerial meeting between two of Europe's heavyweight bosses, ten Hag comprehensively and emphatically eviscerated his Tottenham counterpart. The usually unflappable Antonio Conte was left screeching at his players in despair as he raced up and down the touchline as if trying to sit on a hedgehog. His game plan of contain and counter-attack backfired spectacularly and he reacted way too late with a triple substitution after the horse had not only bolted, but was several fields away. Despite the fact he played an extra man in midfield in the absence of the stricken Richarlison, the extra layer made no difference. On this evidence, it is very surprising the Italian and his side occupy such a lofty position in the table.

ten Hag said Ronaldo's premature, petulant departure was a matter for another day as this was a night to savour the sort of victory and performance exactly of the sort he had in mind when he left Ajax to join this fallen giant.

How right he was.