Manchester United travel to west London to face surprise package Fulham in the final match before the World Cup for Erik ten Hag's side.
United will go into the break on the cusp of the top four and the match with Marco Silva's Cottagers leaves the Reds with only one side to face of everyone currently in the top half.
Aston Villa ended our unbeaten run but we then exacted a modicum of revenge with victory over the Villains in the League Cup last time out.

Who will play at right-back with Dalot suspended? 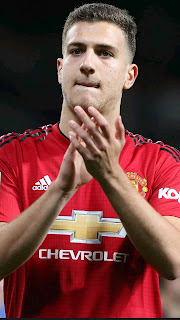 Diogo Dalot is suspended for the trip to Craven Cottage so will not feature, and Anthony is also out as is Jadon Sancho. With that in mind, here is how we think the Reds will line up on Sunday.

Was given a rare night off between the sticks on Thursday as debutant Martin Dubravka came in. But de Gea will return here against a Fulham side expected to be without star striker Aleksandr Mitrovic. Quite how this man has not been included in the Spain squad for Qatar is simply beyond me.

This is the big call for ten Hag. Dalot has played every minute of every game, he needed a rest and will have one due to his fifth booking of the season at Villa. Aaron Wan - Bissaka has vanished into exile, so you get the feeling ten Hag would rather play either Victor Lindelof or Tyrell Malacia (a natural left-back) out of position to fill in. We think he will opt for the young Dutchman.

Malacia's moonlighting at right-back will see Lindelof line up in the centre in the continued absence of Raphael Varane. Lindelof has done OK since coming into the team and ten Hag prefers him over Harry Maguire so it seems likely the Iceman will get the nod. The afternoon will be easier for him without the threat of the dangerous Mitrovic. United cannot play a high-line counter press with Lindelof so we'll have to compromise. ten Hag could opt for Lindelof as a stand-in right-back which would see Harry Maguire come in.

Absolutely love this man! He has been a revelation and one of the signings of the season. Needed a rest and got one on Thursday in readiness for this one. The World Cup-bound Martinez, part of a mightily impressive Argentina side, has featured in every game for United since signing and hasn't missed a minute in the league.

The only out-and-out left-back in England's World Cup squad, he is nailed on to start here with Malacia out on the right. Shaw's form has picked up again after a dip in form but we have to hope his mind is not already on the challenge awaiting him in Qatar. Will be up against ex-Gunners and Chelsea man Willian, still going strong at 34, so this won't be an easy ride for him.

Another to get a much-needed night off in the cup with an eye on Craven Cottage. The first name on ten Hag's team sheet and such an important player for this side. The difference between his partnership with Christian Eriksen and the incompatible McFred needs no embellishment. Surely the first five-time Champions League winner to grace the quaint and intimate surroundings of Fulham's riverside west London abode.

United's 'double pivot' picks itself and after a breather against Villa, Eriksen will be back in from the start here. Made a difference off the bench on Thursday with his link play, vision, and passing between the lines. A key man for both United and potential World Cup dark horses Denmark, it has been a wonderful renaissance for the likeable string puller after his traumatic experience at the Euros. A brilliant signing and such a key play in ten Hag's system.

Antony and Jadon Sancho are still out of action through injury and illness respectively, and Anthony Elanga hasn't done enough to justify his inclusion. We've seen enough of Alejandro Garnacho to suggest he's going to be something very special, having caught the eye against Sociedad and Villa. Even in defeat at Villa Park, the young Argentine emerged with his reputation enhanced and deserves another go at things here. We would play on the right as Marcus Rashford is better on the opposite flank. It's time to unleash Garnacho on an unsuspecting Fulham side.

You don't know what you've got until its gone. The old adage couldn't have been more evident as United toiled in Fernandes absence at Villa. His creativity, industry and work rate is the glue in this United side and it's great to have him back here. For all the criticism he gets, he is this side's most influential player and starts when he's fit, simple as that. Fernandes has been shoehorned out wide to accommodate Donny van de Beek but that experiment ends here.

Top scorer Rashford has eight goals this season, and his impressive form has been rewarded with a return to England duty. Named in the England squad, Rashford is at his best when cutting in and causing havoc from the left. With the return of Martial, expect a return to his more natural position after a spell playing down the middle.

Six appearances, two starts, four goals. Martial marked his return to the team with a quickfire equaliser against Villa and got an hour under his belt before being withdrawn. That would suggest ten Hag was saving him with this game in mind. He is without question the best of our striking options and would be prolific if only he could stay fit and firing. Ronaldo is expected to be absent at Craven Cottage so Martial starts up top by default. Good to have him back... but for how long?

A difficult last game before the mid-season break for the World Cup. No Mitrovic, but United loanee Andreas Pereira will cause problems and this is another potential banana skin for ten Hag and his Reds.
Fulham have broken their trend as perennial Premier League strugglers and have already bloodied the noses of some of the league's leading lights. They've drawn with Liverpool and only lost 2-1 to the top two sides Arsenal and Man City. We think United will do enough... just. Fulham 0-1 United