Manchester United return to action for the first time in 37 days as the Reds host Championship leaders Burnley at Old Trafford in the Carabao Cup fourth round. 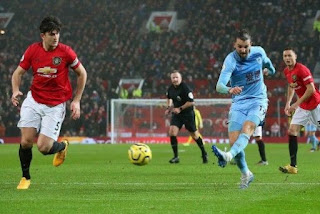 The game will be played with a reduced capacity of 62,000 due to ambulance strikes in the area with a place in the quarter-finals at stake. Whatever your view on the virtues of this competition, several of the big guns have already fallen by the wayside with Arsenal, Chelsea and Tottenham already eliminated. Either Manchester City or Liverpool will join that illustrious list as the two heavyweights meet on Thursday, clearing a path for the Reds to make a concerted push for the Wembley final as second favourites.

So with all that in mind, and with the availability of United's World Cup stars uncertain, here is the side we think Erik ten Hag will pick for Wednesday night's game.

Martin Dubravka made his United bow in the last round KO of Aston Villa and will be in contention again here, but David de Gea was not selected for Spain in Qatar. It therefore seems likely he will get the nod between the sticks behind what will be something of a makeshift defence.

Diogo Dalot picked up an injury in Portugal's last eight exit to surprise package Morocco and so is unlikely to feature, although he probably wouldn't have played anyway. Aaron Wan - Bissaka got a rare run out in the two winter friendlies and looks set for his first competitive start under ten Hag. On the left, both Luke Shaw and Tyrell Malacia are unavailable so Brandon Williams will come in from the cold to fill the void. For obvious reasons, both Raphael Varane and Lisandro Martinez will miss out so Harry Maguire could be rushed back alongside Sweden international Victor Lindelof, a shoo in to start after his nation missed out on Qatar.

Christian Eriksen has been back at Carrington for a week after his Denmark side's earlier than expected World Cup exit. He seems certain to start with the well rested Scott McTominay in midfield with the talented playmaker's selection for this tie a welcome boost for an otherwise hugely understrength United side.

The most clear cut selections will come in United's front four which picks itself. ten Hag will go with the same quartet he went with against Cadiz and Betis as none of the players involved featured in the World Cup.

So it will be Anthony Elanga and Alejandro Garnacho in the wide positions with another chance for Donny van de Beek tucked in at 10 behind line-leading Anthony Martial. Jadon Sancho is unlikely to feature having been on an individual training programme which saw him miss out even on selection for the shadow training squad in Spain.

Vincent Kompany's high flying Clarets will fancy their chances of a minor upset here considering the fact they are fresher, and considering the Reds will be missing most of their regular first choice XI. We think this will be a close encounter, but ten Hag will still be able to send a reasonably strong team out with options aplenty on the bench. United will do just enough to secure a narrow victory.