After the holders and defending champions France won their semi-final on Wednesday night to set up a final with Argentina, one thing is certain.
A Manchester United player will return to Carrington as a world champion. 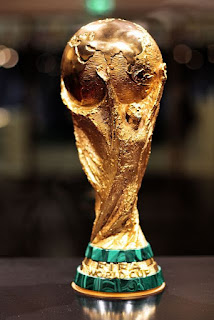 In a World Cup full of shocks and heroic underdogs, we're left with a final which - in truth - was widely predicted. Argentina recovered from falling victim to arguably the greatest upset of them all when they were humbled by the rank outsiders of Saudi Arabia in their first game. Since then, Lionel Scaloni's side, spearheaded by the little genius with magic in his feet and the heart of a lion, has got better and better. But enough about Lisandro Martinez. This has been a tournament where the stars seem set to align for Lionel Messi to finally deliver on the biggest stage of all. At times, it has seemed as if he has dragged them to this point virtually single-handedly. Underwhelming and erratic in their first two games, La Albiceleste have eventually lived up to their billing as pre-tournament favourites.

Martinez has started two of Argentina's six ties in Qatar with his role dependent on the shape deployed by manager Lionel Scaloni, who has tinkered liberally between a 3-5-2, a 4-4-2 and a 4-3-3 system. Let's not forget his totemic, match-winning block against a fast-finishing Australia side in the round of 16; truly Martinez at his combative and no holds barred best!

Since dispensing with Licha's out-of-sorts namesake Lautaro in favour of Manchester City's Julian Alvarez after the second group game with Mexico, Argentina have never looked back. Should he win it, the Butcher would go back to Manchester with a winner's medal draped proudly around his neck. It would also mean BOTH of United's first-choice centre-backs would be World Cup winners. Not many clubs can say that. Barcelona had Carles Puyol and Gerard Pique, Bayern had Mats Hummels and George Boateng in 2014. 2010 winner Sergio Ramos played alongside a certain Raphael Varane - himself a World Cup four years ago - as part of an immense and impenetrable pairing at Real Madrid for the best part of a decade.

Speaking of which, Varane of course is now very much United's defensive lynchpin. Having left the pitch in tears after picking up an injury against Chelsea, our totemic no.19 clearly feared his World Cup was over. But Rapha is made of stern stuff. France coach Didier Deschamps left him out of Les Bleus opener against Australia, preferring Ibrahima Konate alongside Dayot Upamecano to manage Rapha's fitness and ease him back in having not played a minute since that tie at Stamford Bridge in October.

Rapha has looked back to his best since coming into the side for their second group match against Denmark. Always assured in and out of possession, Varane lifted the trophy in 2018 and impressed against England in the quarters in which he sent club team-mates Luke Shaw, Harry Maguire and Marcus Rashford packing.

His stunning break-the-line pass started the move which led to Theo Hernandez's opener in the semi against Morocco. Varane is now geared up for a second, back-to-back final having been impressive as Deschamps tournament specialists prevailed four years ago in Russia. Should he do so again, he would have two World Cup and four Champions League winners gongs - before he's even turned 30. That is simply staggering and I wouldn't mind betting no other player boasts such an illustrious achievement. 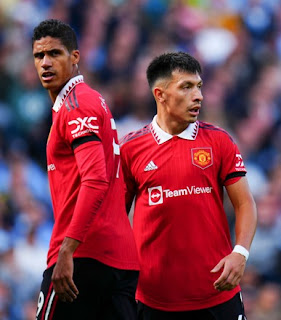 Argentina are looking for their third World Cup triumph and first since 1986. Messi was one when a small, squat footballing magician by the name of Diego Maradona captained his nation to victory against West Germany. 36 years on, and there is certainly a sense of poetic symmetry as the late Maradona's heir apparent Messi, also his country's captain, takes centre stage in what could be his last international match.

There is added impetus as Messi is yet to win a major global international trophy and this would be Licha's first taste of that particular delicacy, too.

Varane, on the other hand, is part of a side vying to become the first to retain the trophy since Brazil in 1962. The task of keeping Olivier Giroud, Antoine Griezmann and, of course, the French's talisman Kylian Mbappe quiet will be a stern examination for Licha with all three purring and pulling the strings for Deschamps depleted but no less dynamic side.

Varane, meanwhile, will have to be at his considerable best to shut down Messi, no doubt drawing on his experience of shackling the diminutive genius during his time at Real Madrid.

Argentina will start as marginal favourites simply because of the presence of Messi  (then again, France have Mbappe), but which Red will come out on top?

The World Cup final kicks off at 3pm on Sunday in Lusail.