Inconsistent struggles against lesser sides are holding us back

Of the seven domestic defeats United have suffered this season only one of those - the reverse fixture with the Gunners - have come against the Premier League's leading lights.

It has not been United's record against the top sides that has been the issue, that is exemplary, rather a baffling inconsistency when it comes to matches against sides from the lower reaches of the league.

Remarkably, no other side - not even basement club Villa - have lost more times against the bottom six this season.

Defeats to Swansea, Bournemouth, Norwich and Sunderland- as well as Midtjylland in the Europa League- and draws against Newcastle, Crystal Palace and Middlesbrough have cost United dear.

It's these results that have wrecked United's season and put Louis van Gaal under serious pressure.

It was the same story last term, too: we lost twice to Swansea, at home to West Brom, away to a then-struggling Leicester, and dropped points at Burnley, Sunderland and Hull- along with a goalless draw at League Two Cambridge in the FA Cup.

So is it bad luck, a case of the inspired underdog raising their game or poor tactics that has caused these shortcomings?

United's passivity has been a problem- there is talk of playing a 'positional game' but the cautious approach has often proved counter-productive against inferior opponents.

Although some seek to explain this with talk of a "lost aura", it's not necessarily about what the opposition do- more a case of us not doing enough.
Not enough overlaps, not enough tempo or intensity and not enough ambition or ingenuity.

Van Gaal's side have a better record over the top teams than Arsenal, Manchester City and champions Chelsea and, had we matched those results with those of the bottom six, we'd be right in the thick of the title shake-up.

Contrast this to United's last league-winning campaign- Sir Alex's final one at the helm- and the results against our major rivals was actually inferior.
Not only did we lose at home to Manchester City, Chelsea and Tottenham and draw at Arsenal, but we also lost at Everton on the opening day.
However, the marked difference came in the Reds' dealings with the bottom half of the table.

Incredibly, that United side took maximum points home and away against every single team from twelfth down- 18 wins out of 18.
It was a ruthlessly efficient performance.

Yesterday's win over Arsenal, therefore, came as no surprise- but May fixtures against Norwich and Bournemouth  are a different story. 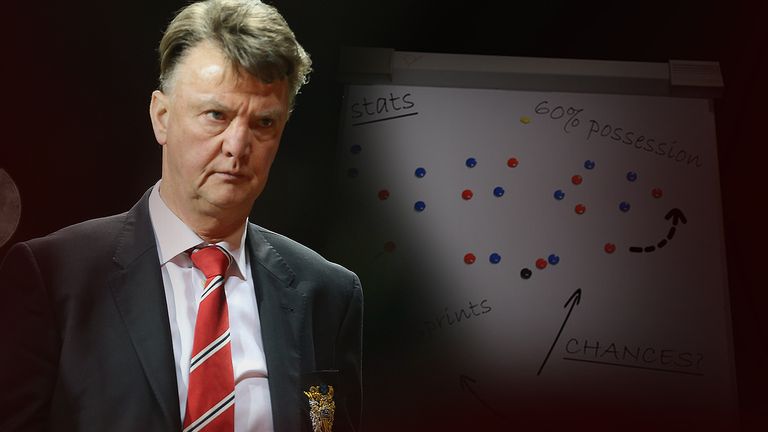 Posted by United Faithful at 03:57