The two East Lancs Road rivals are separated by a mere 45km (27 miles) and three points in the Premier League but will put domestic dust ups aside in the first all-English European meeting for five years.

The fact that the North-West giants meet in the Europa League rather than the Champions League reflects the fact that both of us are far from vintage at present but that only adds extra intrigue to an already deep-rooted and tribalistic rivalry.

"It's curious that we have won against Liverpool so many times under me as it is unusual for any team to beat an opponent four times in a row.
"This time we are playing them in a cup competition but it shall not be much different from the last time" said the Dutchman, who will take charge of his 150th European tie as a coach in the second leg.

United, unlike Liverpool, have never won the UEFA Cup/Europa League but will be going all out to do so this time around with a Champions League spot at stake for the winners.

Liverpool manager Jurgen Klopp hopes that the Anfield atmosphere will be reminiscent of the club's finest Champions League matches, perhaps the best for several seasons.

"I couldn't imagine that years ago when I started out that one day I would be sitting on the Liverpool bench playing a European game against Manchester United.
"I would say that both clubs are in a good moment - I know that United lost their last match after winning four in a row but there had been a lot of pressure on their team and Louis van Gaal and they handled it really well.
"We can really enjoy the relationship with the fans and we can create a better atmosphere in the first leg than Manchester United in the second leg." 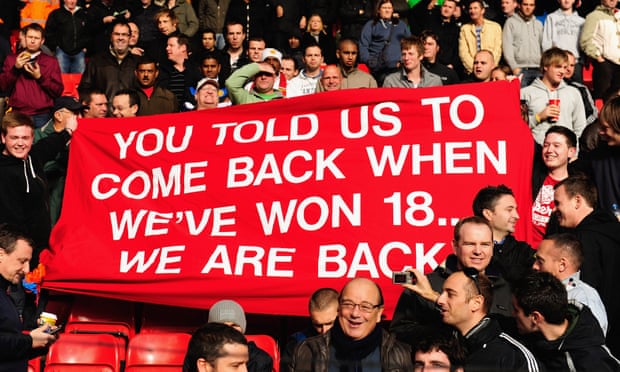 Posted by United Faithful at 13:38