Reds do their city proud with defiant and emotional triumph

United won the Europa League, completed the circle of silverware and qualified directly for the Champions League group stage next season. 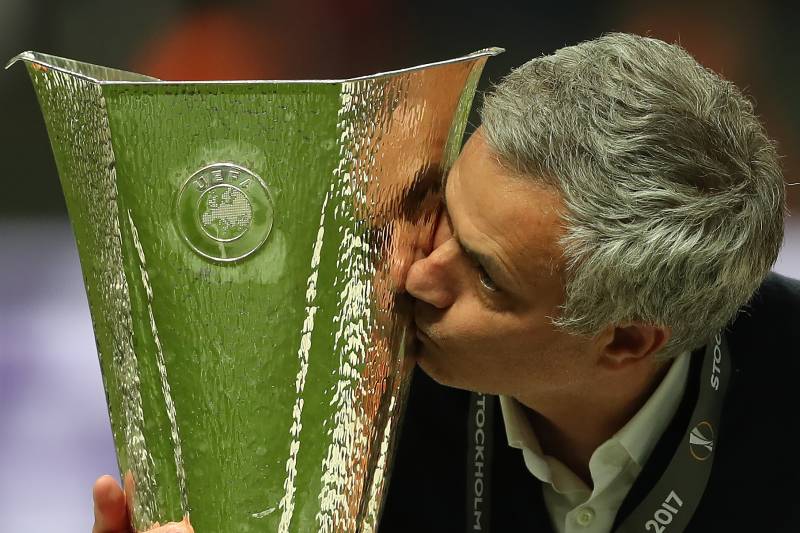 Most importantly of all, this was a victory in which the team did their city proud in a tiny slice of defiant joy after the traumatic horror back in Manchester on Monday.

Nothing will ever compensate for the devastating and tragic loss of 22 innocent lives, but in a small way this may have helped to restore a semblance of normality to a shocked and grieving city.

The team looked engaged, energetic and, most of all, united. They seemed determined not to let Manchester down with their spirit, commitment, determination and desire.

"Manchester" was the cry from the Red Army as the team took control of this final and Jose Mourinho - the serial winner - sealed a 12th final win from the 14 he's been in.

United became only the fifth team (after Juventus, Bayern, Chelsea and Ajax) to complete the set of all three major European trophies and added this glittering silver vase to the Champions League and the now defunct Cup Winners Cup.

This Europa League campaign has been an arduous odyssey and a long journey, taking in fifteen matches, eight months, seven cities and 14,358 air miles.

Despite the turbulent upheaval of the post-Sir Alex era, this was a third major trophy in the space of 12 months for the Reds.
Spurs, City and Liverpool may all have finished above us in the league but none of them won anything, so only Antonio Conte's champions can claim to have had a better season than us.

This was textbook Jose. He was appointed by United to win trophies and has done exactly that, claiming the EFL Cup and now the Europa League in his first season at the helm.

A sixth-placed league finish cannot be dressed up as anything other that a disappointment, but two pieces of silverware - and the prize of that place back in the Champions League - suggests a bright future ahead for Mourinho and this side.

United may still be lacking the flair and stardust of yesteryear that some may crave, but this season must now be considered a success under the undisputed trophy king Jose.

This victory made it four wins from four European finals after two with Porto and one with Inter Milan, and vindicates his gamble of effectively giving up on the league campaign to prioritise this competition.

He has often been irritable and jaded this season, not helped by those 15 Premier League draws that ended hopes of a title challenge, but responded in the only way he knows how - by winning.

He needed this trophy and ultimately proved why United made the decision to sack Louis van Gaal and appoint Jose as his successor.

Posted by United Faithful at 03:14