For 80 minutes, our match at Swansea - a ground at which we've struggled in the past - was finely in the balance.

But then, the Reds summoned the ruthless streak of old and went for the kill in a manner reminiscent of some of our club's best-ever sides.

Romelu Lukaku and Paul Pogba were the hosts' tormentors-in-chief to lead the charge as the floodgates opened in a blistering burst of three goals in four second half minutes.

Lukaku and Pogba scored for the second successive week and by the time substitute Anthony Martial had added the fourth, the afternoon felt very different.

There were just three minutes and 41 seconds between the goals and, although the scoreline flattered us - as impressive as we were - there can be no argument that the Reds have been near enough faultless so far.

Not since 1907 have United begun a season with successive 4-0 wins: indeed, it's only the second time in which a team has won their first two matches by at least four goals in the Premier League era (Chelsea were first to do so, in 2010/11).

With our team unchanged from last week's drubbing of West Ham, United were quick to take control of this contest, as Nemanja Matic and Paul Pogba dictated the tempo from the base of midfield.

Pogba's man of the match involvement loomed over every aspect of the game, the kind of player whose imposing presence must appear in the peripheral vision of every opponent when he's on the ball.

He won the header that led to Eric Bailly's opener, scored himself and then set up Martial to complete the rout in a continuation of last term's superb late season form.

Mourinho has never failed to win the league title in his second season at a club - including both of his spells at Chelsea.
A summer of reshaping has fuelled the belief that he can do so again but despite our eight goals without reply, the boss reminded everyone that we won our first three games last term and still finished sixth.

This feels different, though: there is a confidence and a swagger in the side that has not always been detectable over the last four years, and these two wins have come against opponents we only drew with last season.

Beating West Ham and Swansea, albeit impressively, is all well and good but we need to see United challenged against the league's top five teams before judgement can be made about our title prospects. 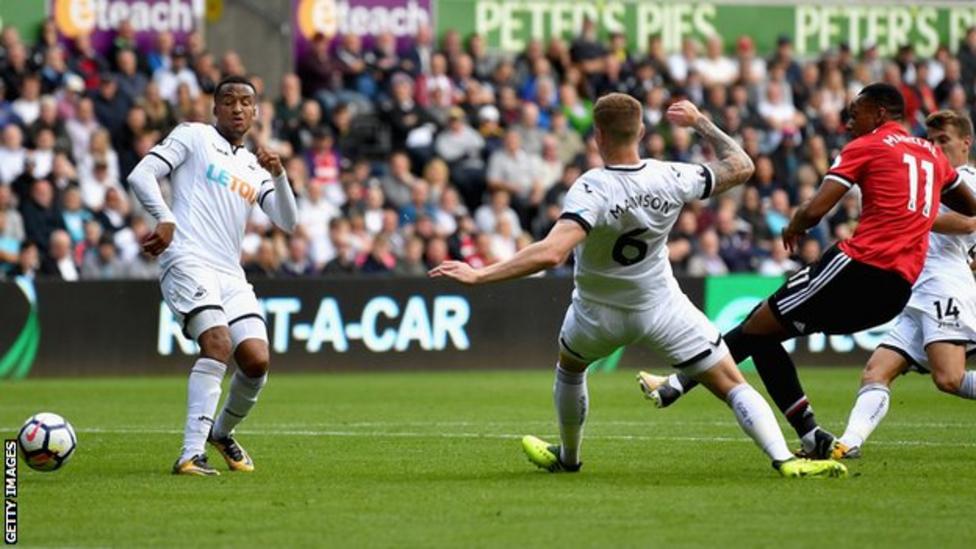 Posted by United Faithful at 03:01