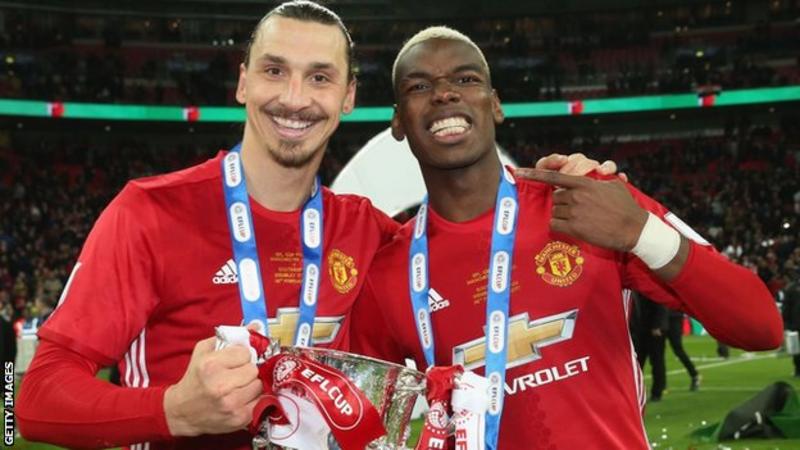 After seven months and 211 days, Swedish hero Zlatan Ibrahimovic is expected to feature for United at home to Newcastle as we return to action after the international break.

Jose confirmed Zlatan's availability for the visit of the Magpies, in a quite remarkable return to fitness for the veteran striker.

Kurt Zouma, 12 years Zlatan's junior at 23, was out for 15 months with the same injury, and Ibra was not expected to be back until 2018 at the earliest.

But, in a manner befitting of the man and his ego, Zlatan has shown incredible strength and work ethic to return to action far sooner than we had expected.

He is unlikely to play the full 90 minutes against Newcastle, and will probably start on the bench.

In a further double injury boost, long term absentees Paul Pogba and Marcos Rojo are also set to be named in the squad to face Rafa Benitez's side in the tea-time kick off.

Pogba has missed the last twelve games with a hamstring tear and his absence has been a notable one, and co-incided with United's dip in form.

For the visitors, Jamaal Lascelles (ankle) and tricky winger Christian Atsu (thigh) are set to be sidelined.

Jose said: "Zlatan made a full recovery, amazing - but we cannot expect too much of him to play 90 minutes or consecutive matches.
"Marcos Rojo feels ready, he is confident, he was very big miss for us also, he played with the young team last week so he is fine, I can consider him for Newcastle.
"I know the way that Newcastle will play and I know how Benitez prepares his team.
"It is going to be difficult but we have to try and give everything to get back the points that we need. "

Despite several fiery run ins with the Spaniard during their time at Liverpool and Chelsea respectively, Jose insisted that he has no beef with Benitez.

"I respect him as a person and as a professional" Mourinho added.
"He is with me in privilege as one of very few managers in Europe that has won the Champions League and the Europa League, so I have immense respect for him.
"I will be more than happy to see him and to say hello, and then to play one more match against him because that is all it is - just one more match."

Following their return to the Premier League at the first attempt last season as champions, Newcastle arrive at Old Trafford in eleventh place and punching above their weight.

They've picked up 14 points from their opening eleven fixtures but are among the lowest scorers in the league having hit only ten goals so far.

Benitez's side fell to a late defeat at home to struggling Bournemouth in their last match before the international break.

Posted by United Faithful at 13:41