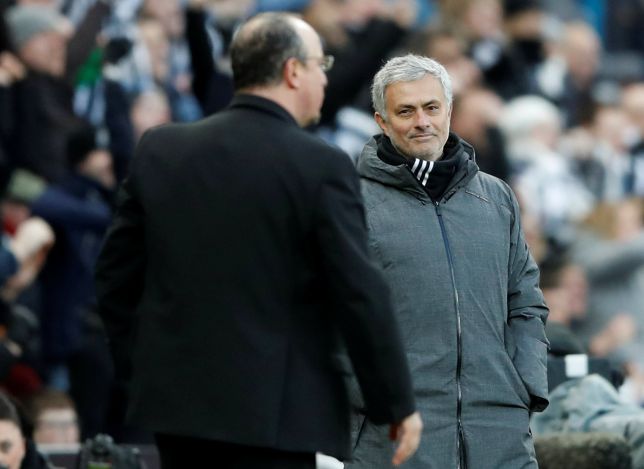 Jose Mourinho retains the full backing of the United board, despite the build up to the home game with out of form Newcastle dominated by talks of the Portuguese manager's imminent departure.
Strong reports emerged on Friday that Mourinho would be sacked regardless of the result against Rafa Benitez's struggling Toon, but the club have denied any immediate threat to his future and it seems likely that Mourinho will keep his job for the foreseeable future.

Mourinho's United welcome winless Newcastle to Old Trafford in the day's late kick off looking to avoid a fifth successive tie without a win for only the second time in 20 years. This is United's worst start to a season since 1989 with the team languishing in tenth place with as many points.
Benitez worked a minor miracle to guide his side to a tenth-placed finish last term, their first back in the big time after winning the second tier title, despite having to operate on a shoestring budget. In a match between two sides in the midst of a dire run of results, Newcastle's 0-2 home defeat to Leicester last time out left them third-from-bottom having pilfered only two points from their seven games so far.
In mitigation, four of those seven games came againt sides in last season's top six in a difficult start to the campaign.

Ashley Young is back in contention for United after he missed out against Valencia through injury. Phil Jones, Andreas Pereira and Diogo Dalot are pushing for recalls and could all feature, but Marcos Rojo, Ander Herrera and Jesse Lingard will miss out. The Reds have no other injury concerns.

Newcastle are again without striker Salomon Rondon, who will not return from a thigh problem until after the international break.
Defenders Paul Dummett and Federico Fernandez are nursing hamstring injuries and will be assessed, while full-back Jamie Sterry is ruled out.

Messrs Mourinho and Benitez have history on the touchline, but all histrionics between the two men need to be put to one side as far as the former is concerned, he has far too much on his plate to concern himself with sparring with his old rival. Frankly, there has been enough internal civil war for any more shenanigans.

On the visitors, Mourinho said: "Very, very, very good coach, a team that is always very well organised against especially the teams of the first part of the table, where their manager is very bright on his analysis of the opponent's qualities.
"The results they had against the top teams didn't get them points yet this season but gave them very, very close results and [were] very difficult matches for the opposition, so we expect a difficult match."

Man Utd v Newcastle gets underway at Old Trafford at 5.30 and will be live on BT Sport 1.

Posted by United Faithful at 02:23