Los Che are back in the Champions League for the first time in three years and Marcelino's men from the Mestalla make the visit to Old Trafford with United in turmoil.
The Reds sit top of the fledgling Group H table, with the La Liga side in third after defeat to Ronnie and co's Juventus team on Matchday One. It's been a torrid time for eveyone in Red, with talks of unrest and infighting offset by our first start to a league season since 1989. Coupled with a Carabao Cup KO against Derby, and our 3-0 win Bern two weeks ago - our last victory in any competition - feels like an awfully long time ago. 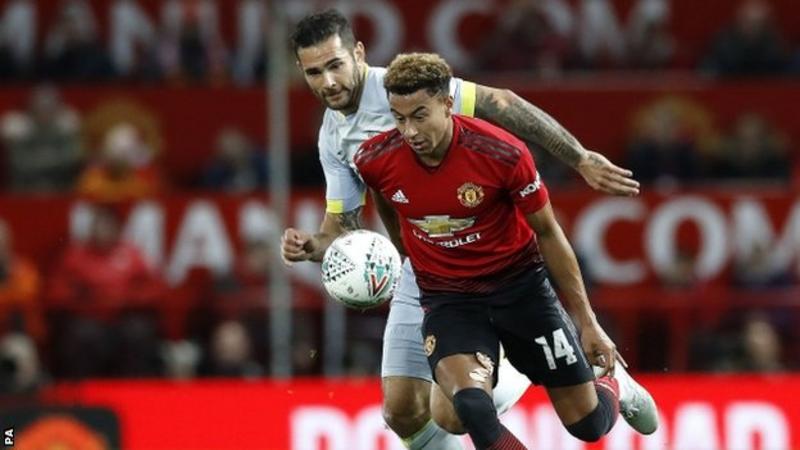 Jesse Lingard, Ashley Young and Ander Herrera will all miss the Group H tie through injury, and Marcos Rojo also remains sidelined. Diogo Dalot could feature in Young's absence, and Antonio Valencia may get a recall at right-back. Sergio Romero is available again after he missed Saturday’s trip to the London Stadium through suspension.
A genuine European powerhouse at the turn of the century, the visitors could be without striker Santi Mina, but otherwise have a fully fit squad to pick from. Expect to see them line up in a traditional 4-4-2 system, with star man Rodrigo - who featured for Spain at this summer's World Cup - their main attacking threat. While perhaps not quite as familiar as our Matchday Three opponents Juventus, their are still a number of familiar faces among Valencia's alumni. On loan Chelsea striker Michy Batshuayi, ex-Gunners Francis Coquelin and Gabriel Paulista and captain Daniel Parejo all ply their trade at the Mestalla. Andreas Pereira spent last season on loan at the club, and Juan Mata still speaks fondly of his four years at the club between 2007 and 2011. Valencia have endured a turbulent period in their history in recent times but, under Spanish manager Marcelino -  their 12th boss in only six years - they are a club on an upward trajectory again.

Valencia sit 14th in the La Liga table on eight points after seven games and already have become the division's draw specialists with five of those matches ending all square (one win and a defeat from the others). Their first victory of the season came last time out, a 1-0 win at Real Sociedad. A win tonight would give everyone at United a lift after a troubled season and put us in a strong position at the summit of the group. In many ways, this looks to be United's most important fixture of 2018-19 so far.

Jose said: "A Champions League week is always a good week, even if you expect a difficult match, a difficult opponent with Valencia.
"Everyone wants to play Champions League, not everyone can do it. So we are here and we have the chance to play a big match. So, big match, big week.
"I prefer to say that the players’ attitude is the most important thing and then from the supporters I cannot ask for any more. I cannot ask for more than they are giving at home. Away with bad results, I cannot ask for more. I think it’s time for the people on the pitch to show them [the fans] that they love the club as much as the fans. We have to remember that, the fans are always with us and we win, lose or draw together as a club."

Posted by United Faithful at 01:44