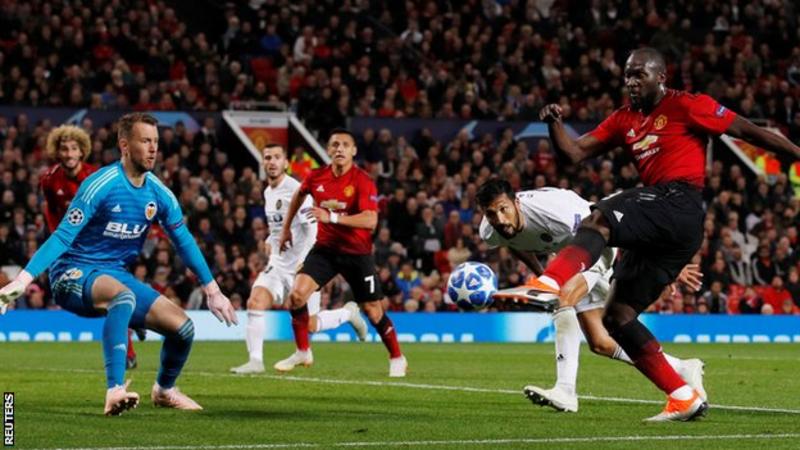 Man Utd went a fourth game without a win despite flashes of improvement as Marcelino's men held out for a deserved draw at a far from full Old Trafford. It was the Reds third draw in four ties, off the back of Saturday's West Ham woe and left United in second place in the group on four points after the win over Young Boys on Matchday One.


With an 11-player United team huddle just before kick-off, Old Trafford crackling on a Champions League night and a bright start from the Reds, that dismal Saturday at West Ham seemed to have been consigned to history.
A European atmosphere was just what Jose Mourinho’s side needed after the struggle in east London. There was certainly a response from the team seeking successive Group H section victories as United started purposefully and promisingly.
Marcus Rashford was United's most creative attacking threat, and he went close twice early on as he fizzed a shot wide and then forced a smart save from Valencia keeper Neto during a bright opening 20 minutes for Mourinho's United.

Goncalo Guedes curled narrowly wide from distance and former Arsenal man Francis Coquelin was booked along with captain Daniel Parejo in a scrappy half that at times resembled a battle of attrition.

Chelsea loanee Michy Batshuayi fired over from close range before Paul Pogba's free kick was tipped over by Neto, a flurry of corners raising the temperature and threat level. The French midfielder - in the thick of things on and off the field - almost unlocked the lowly La Liga side when he released Romelu Lukaku, and it needed another good save from the Los Che custodian to ensure that parity remained intact.

Guedes was impressive throughout and let United off the hook again when he wriggled free but cut the ball back instead of pulling the trigger, we scrambled clear and the chance was gone.
In an increasingly end to end encounter,  Rashford thumped a free-kick off the top of the bar, Lukaku headed wastefully over from a corner and substitute Kevin Gameiro was snuffed out by Eric Bailly as Valencia looked to nick a late win on the counter attack.

That proved to be the last action of a largely uneventul encounter as the hosts picked up the first point of their European campaign ahead of a double header with Young Boys - as for the Reds, the small matter of Group H leaders Juventus at Old Trafford on October 25th.

Posted by United Faithful at 06:17