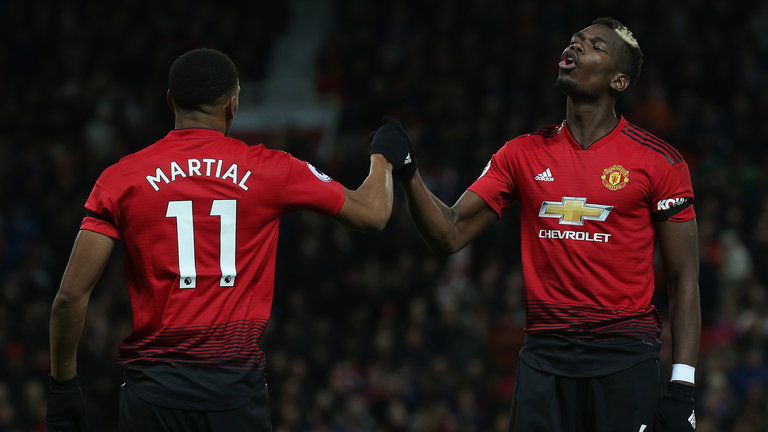 United make our second longest away trip of the season to an in-form and upwardly mobile AFC Bournemouth side sitting in the top six after their best ever Premier League start.
Jose Mourinho's side are three points and two places behind the Cherries, and Eddie Howe - long tipped for a bigger job - has his Bournemouth side improving year on year. He has them playing a fine style of football and does not sway from that philosophy even against more illustrious opposition. They score goals, take risks, run through brick walls for Howe and having an unstinting desire and determination.

As Bournemouth have overachieved, there is no doubt that United have done the opposite. Although, the ship has been steadied since the 3-1 defeat at West Ham in September amid steady signs of improvement.


The hosts are again without former United striker Joshua King, who is nursing an ankle problem.
Captain Simon Francis is doubtful with a groin injury and will be given a late fitness test.
Manchester United boss Mourinho must decide whether to recall striker Romelu Lukaku, who began on the bench against Everton.
Jesse Lingard, who made his comeback from injury as a late substitute in that game, will also hope for a recall to the starting line-up.
Captain Antonio Valencia is still absent with a knee injury, while Marouane Fellaini and Diogo Dalot also remain sidelined. United will turn to the in-form talent of an on fire Anthony Martial as our go-to match winner on the south coast.

The fact that the first match of November sees Bournemouth in the top six, on the back of three consecutive Premier League clean sheets, and above Manchester United in the table says everything about their respective seasons so far.
The continued positivity and consistency in Dorset from Eddie Howe's team makes this another tricky examination of United's current state of mind.
Mourinho's team are the last visitors to win at the Vitality Stadium, back in April, and to do so again they will have to hit the standards set in their second-half performance at Stamford Bridge recently.
It would be another small step if they could, in a campaign where they have yet to find any significant momentum.
In the first of three successive away fixtures, and despite  Juve and City looming large on the calendar, Mourinho believes his side will start to climb the table.
He said: "I think we will be in a better position, I always say that by the end of the season you play 19 games at home and 19 away and it doesn't matter when, but the reality is that sometimes when the fixtures are coming they can carry an influence.
"In this part of the season we play against possibly the three biggest candidates for the title - Chelsea, Manchester City and Liverpool - and Juventus twice - so the calendar is not good to us.
"But I think by the end of December, which is the end of the first half of the Premier League, I think we are not going to be in the position we are in now. We are going to be in a better position."


Let's hope that United begin that march into a stronger position with a much needed win - which would be only the second backto-back victory of the season, at the Vitality Stadium