Despite struggling in the league, Jose Mourinho's United will qualify for the last 16 with a win provided Juventus also beat Valencia on Matchday Five.
The Swiss side - in their Champions League debut season - cannot progress beyond the group stages but still have faint hopes of earning Europa League football in the new year.

It looks like United will be without in-form centre back Victor Lindelof, with the Swede out for some time having picked up a thigh injury in the dreadful draw with Crystal Palace. 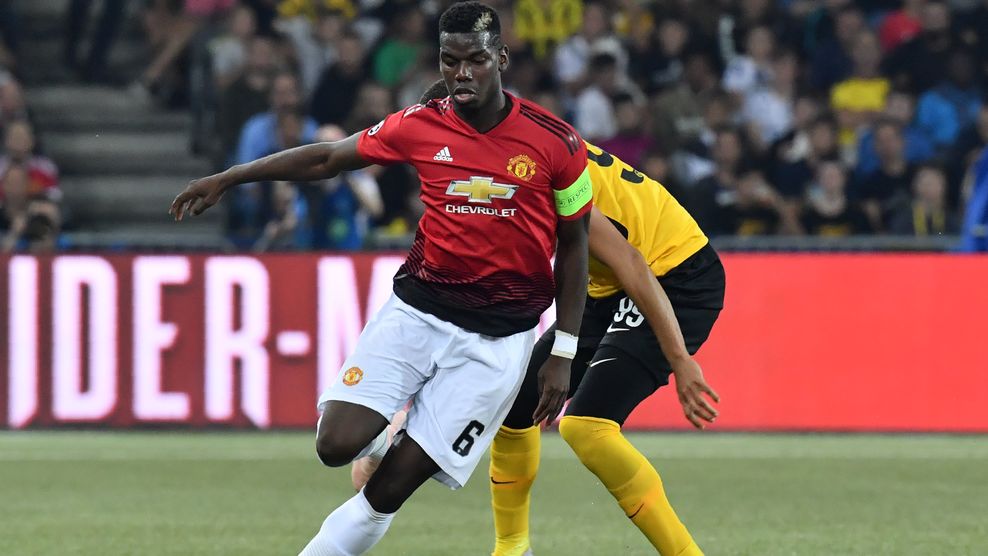 Luke Shaw is available again after suspension forced him out of the Palace match, and out-of-favour Ivorian Eric Bailly, who hasn't featured since 6 October, is also expected to return to the squad. He could well start in Lindelof's absence despite dropping down the pecking order under Mourinho.
Lindelof's injury leaves Bailly, Chris Smalling and Phil Jones as our only fit centre backs with Marcos Rojo also sidelined.
In the opposition dugout, Gerardo Seoane should have no fresh injury concerns for his Young Boys side, making their first ever visit to these parts in a competitive tie. Jordan Lotomba remains sidelined as the right-back recovers from a knee injury while centre-half Gregory Wüthrich has a muscle problem. The visitors have won eight of their last 13 fixtures and are currently 16 points clear of closest challengers Basel at the summit of the Swiss Super League. But the standard is shown up by their status as Group H whipping boys having picked up only one point so far albeit in a difficult section.

The last time both teams faced one another, two months ago, marked their first competitive encounter. United were victorious visitors winning 3-0 at the Stade de Suisse, which should give Mourinho’s men a lift for the home fixture. The Reds of course are fresh from a memorable win over tournament favourites Juventus in Turin, and - in stark contrast to our ridiculously leaky Premier League defence - only Schalke and Bayern Munich have let in fewer goals in this year's competition.

Mourinho said: " I want to play from minute one against Young Boys like it is the last chance. I want to play this match like it is a knockout one,- intensity and pressing - like we have to win.
"I want the team to start strong, I want them to have to have a go immediately, so it (Saturday's draw) was very frustrating.
"This is a very important match for us because we can clinch qualification."

Young Boys of Bern are United's 75th different opponent in the European Cup and Champions League at Old Trafford.

Posted by United Faithful at 02:27