Man Utd make the 225-mile journey to the South Coast to face struggling Saints and former player Mark Hughes. Both bosses have been under pressure this season after stuttering starts to the campaign with Hughes - affectionately known as 'Sparky' - in particular under siege after a torrid run of one win in 13 that has seen the St Mary's side slip into the bottom three.
The wily Welshman enjoyed ten trophy laden years at Old Trafford. He scored 163 goals and won two Premier League titles, three FA Cups, the European Cup-Winners' Cup and the League Cup once. This is the sixth club he has managed against United, after coaching Blackburn Rovers, Manchester City, Fulham, Queens Park Rangers and Stoke City. He actually netted nine goals for the Reds in 22 appearances against the Saints, where he also played for two years - scoring twice in 61 games between 1998 and 2000. Having kept the Saints marching on to Premier League survival last term, it's beginning to look like history may be repeating itself. 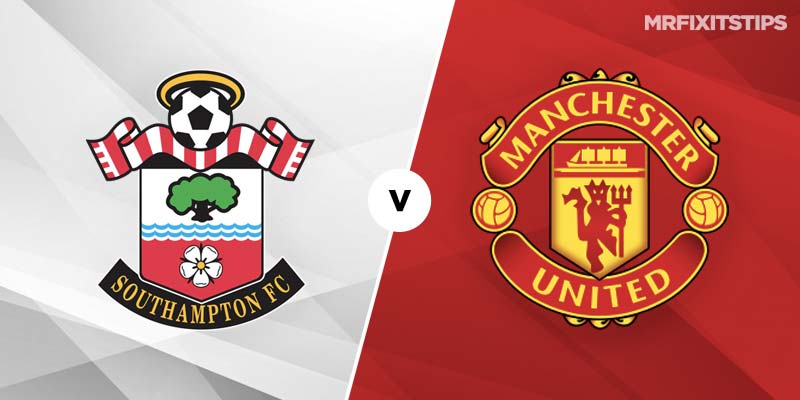 This will be the third visit to this corner of the country having endured mixed fortunes on the previous two excursions to these parts - a 3-2 defeat to Brighton but a narrow win at the Vitality Stadium against Bournemouth three weeks ago.

Mourinho has also come under a heavy barrage of fire but, having guided United into the last 16 of the Champions League in midweek, and only four days before the visit of Arsenal, he is a man - for now at least - with breathing space.
There's mixed team news for the Reds ahead of this one, with Alexis Sanchez ruled out until the New Year with a hamstring injury sustained in training on Thursday. Marcos Rojo is still sidelined, but Luke Shaw should return from suspension against his former club. Victor Lindelof (muscle) and Matteo Darmian (ankle) are also both out. On the positive side, Diogo Dalot looks set to make his Premier League debut after Mourinho said "it is his time now" in his post-match presser on Friday. Paul Pogba and Romelu Lukaku are set to be recalled.

For Saints, on-loan Liverpool striker Danny Ings will be ruled out for the third successive game with a hamstring injury, while fellow forward Shane Long has been experiencing an ankle problem It also remains to be seen if left-back Ryan Bertrand will be fit enough to play as he has been struggling with a back issue.

Mourinho said: "People question but nobody can say about our mentality and desire in the last part of a game. I don't think many teams in England or anywhere win so many points in extra time.
"In December we can focus on the Premier League, we need points and wins. We want to improve our position in the table, we want to close the gap to the top four and we want to be smelling those positions."

Southampton vs Manchester United is Saturday's tea-time kick off as the action gets underway at 5.30 at St Mary's with the tie live on BT Sport.