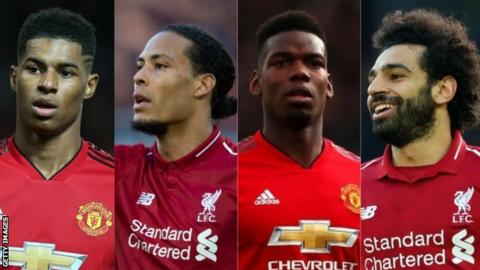 The Reds of Manchester and Merseyside lock horns for the 202nd time in a competitive meeting in the standout fixture of the weekend. The magnitude of the tie speaks itself but this time around there are subplots and intrigue aplenty. United have a score to settle after December's debacle at Anfield and will be looking to dent Liverpool's title charge further. The men from down the east Lancs road make the 34 mile journey to Old Trafford with little margin for errorin the latest installment of English football's most storied rivalry,
Two months ago, you'd have got long odds on a Manchester United side getting anything from this game. But such has been the change of mood and form since Ole Gunnar Solskjaer took over in December that Solskjaer's side go into this one as arguably marginal favourites - and with confidence rather than trepidation. The Reds have not lost to Jurgen Klopp's side on home soil since 2009, winning seven of the last nine meetings in M16. If we prevail this time, then there are no surely no more lingering doubts over Solskjaer's suitability for the permanent United job. What more would he have to do to get it?
There are set to be two shock names in the United squad for the visit of the Scousers. Despite initially being ruled out for up to three weeks, Jesse Lingard and Anthony Martial are set to be available in what is a huge boost for us.The pair have been integral under Solskjaer although he could name an unchanged side.

David de Gea will return in goal after being rested for the FA Cup tie at Chelsea last time out. There are no other injury concerns for United. Liverpool have mixed news in defence, with colossus Virgil Van Dijk to return after he was suspended for their midweek Champions League tie with Bayern. Dejan Lovren (hamstring) is out.
Solskjaer said in his press conference: "I'm focusing on us and what we have to do to get to where we want to be. It's a three-horse race for the title and fourth, that's my focus.I played a few of these games against Liverpool myself and know the magnitude of it for the fans and everyone who works here.
"It's our job to be focusing and channelling all that energy into performance mode when we start the game on Sunday.
“We want to build this team to be worthy of Manchester United history and it’s another step [defeating Liverpool],” he said. “Tottenham, Arsenal, Chelsea away – it was fantastic to win those three games. We want to be in the top four at the end of the season and we’re playing Liverpool We know how big that game is for Manchester United, the staff, supporters. We’re just looking forward to another challenge for this team."

Posted by United Faithful at 13:11